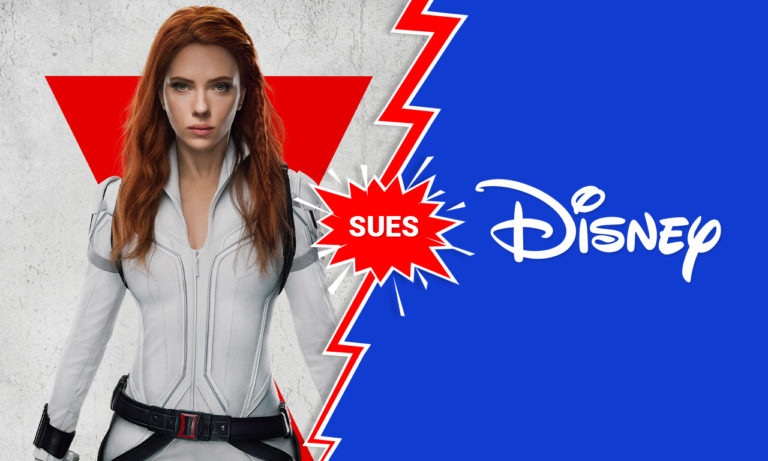 On Thursday, the ‘Black Widow‘ star ‘Scarlett Johansson’ filed a lawsuit against Disney in Los Angeles Superior Court, alleging that the hybrid release of ‘Black Widow’ is a breach of contract.

Disney, on the other hand, has stated in response that there is “no merit whatsoever to this filing.”

According to Scarlett, the agreement between her and Disney’s Marvel Entertainment was that ‘Black Widow’ will be released in theatres exclusively. Therefore, the major part of her compensation was based on the movie’s performance at the box office.

However, because of the pandemic, Disney decided to go forth with a hybrid launch of the movie, releasing the film in theatres and on Disney+.

Will this release prove to be a good decision for Disney, though? The following stats by The Observer tell us otherwise:

Black Widow dropped 67% in its second weekend, the biggest second-week domestic drop for any Marvel film. On average, Marvel films earn the 96% of their domestic box office gross within the first 45 days of availability. This would put Black Widow on pace to be one of the lowest earning MCU films ever.

Well, even if it doesn’t do that well, we’ve got a list of the 40 best Disney+ shows to watch for you, so you’ll never not have something great to watch!

If you’re located outside the US, the streaming platform’s geo-restrictions must be coming in the way of you and your favorite Disney+ shows. But we’ve got you covered even there: here are the 5 best Disney+ VPNs you can try out to seamlessly access Disney Plus from anywhere.

Disney intentionally induced Marvel’s breach of the agreement, without justification, in order to prevent Ms. Johansson from realizing the full benefit of her bargain with Marvel.

There is no merit whatsoever to this filing. The lawsuit is especially sad and distressing in its callous disregard for the horrific and prolonged global effects of the COVID-19 pandemic. Disney has fully complied with Ms. Johansson’s contract. Furthermore, the release of Black Widow on Disney+ with Premier Access has significantly enhanced her ability to earn additional compensation on top of the $20M she has received to date.

Black Widow was initially scheduled to premiere on the big screen in May, but due to the pandemic and the issues caused by it, the movie was pushed for a two-months late release.

Back In 2019, there were reports that Ms. Johansson will be earning “a figure in the $20 million range”, for being the star in the movie and for producing the movie as well.

Released on July 9, Black Widow bagged a record $80 million in its debut weekend in the USA and Canada. Moreover, it earned an additional $60 million through Disney+ Premier Access and became the fastest film to cross the $150 million benchmark domestically.

As per the star’s legal team, she has lost bonuses worth $50 million because of the hybrid release of the movie. The suit filed by Ms. Johansson also states:

Disney chose to placate Wall Street investors and pad its bottom line, rather than allow its subsidiary Marvel to comply with the agreement. To no one’s surprise Disney breach of the agreement successfully pulled millions of fans away from the theatres and toward its Disney + streaming service.

The pandemic has reshaped the whole entertainment industry and its dynamics. The closure of cinemas worldwide has helped the online streaming companies, as people have started shifting to online streaming platforms in these dire times. Releasing movies over the platforms helped the productions houses in reaching more people easily, too.

Disney has numerous other projects lined up for the year, like Shang-Chi and the Legend of the Ten Rings, Eternals, Spider-Man: No Way Home, etc., so let’s see if they’ll be worth the wait or not!