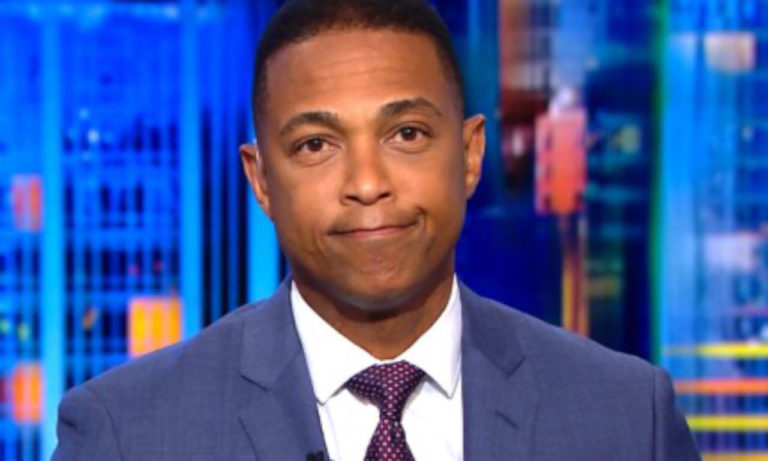 Don Carlton Lemon (a US-based television journalist and the host of Don Lemon Tonight) is appalled that some people who refused to get vaccinated against the coronavirus are experimenting with drugs designed for livestock, and he was outraged by the dangerous spreading of misinformation about Covid vaccines.

The US Food and Drug Administration has granted full approval of the Pfizer/BioNTech Covid-19 vaccine.

The FDA also says people should not take an anti-parasitic drug used for livestock as a potential Covid-19 treatment. Watch: pic.twitter.com/npbyhNsj8T

Ivermectin, an anti-parasite drug, has been in the news recently because some quacks and bad faith actors on television and online have promoted it as a potential cure for Covid-19.  This has become one of the major reasons for people not getting vaccinated. People should not use an anti-parasitic drug used in livestock as a potential Covid-19 treatment, according to the FDA.

The drug is commonly used to treat livestock for worms, and some Americans are purchasing it from feed stores for personal use.

Last week, Mississippi officials were forced to issue a statement after at least 70% of recent calls to poison control were from people who had ingested the medicine incorrectly. At least one person in the state has been admitted to the hospital after taking ivermectin.

It can be dangerous to get the wrong doses of medication, especially for something that’s meant for a horse or a cow.

Some doctors in Idaho are actually prescribing the cattle medication. The FDA strongly advises against using ivermectin for anything other than animals and warns that it’s possible to overdose on it because it’s more concentrated because it’s designed for horses.

Needless to say, Lemon was baffled when he learned during his CNN interview on August 23 that individuals are willingly taking cow medicine in a misguided attempt to prevent getting sick from COVID-19.

Don Lemon addressed the issue by noting that, once again, more than 1,000 Americans are dying from Covid each day:

There are people who don’t trust the vaccines,” he said. “But they’re willing to try any wacky, fake cure they read about online or they see in right-wing media.

At least two people in Mississippi were hospitalised after ingesting ivermectin, according to the CNN host.

He continued to wonder why someone who is opposed to vaccines and refuses to wear a mask to avoid getting sick from the coronavirus would go to such lengths to, well, poison themselves in an attempt to be immune to the virus.

So let me get this straight,” said Lemon. “Think about this, ok? You won’t get vaccinated. You won’t wear a mask. You said you’re worried about the FDA approval, you don’t know what’s in the vaccine. But you’ll take a drug meant for deworming livestock? Really? You’re gonna trust your health and your life to rumours and misinformation?

This is just the latest in the hall of shame of covid misinformation.

The host aired a clip of Donald Trump from last year when he suggested that “bright light” and “disinfectant” could kill Covid.

The former Covid misinformationer-in-chief right there,” said Lemon. “But even he can’t control the misinformation anymore because this weekend he told a crowd of supporters in Alabama to get vaccinated, and guess what? He got booed for it. That shows you just how out of control this whole thing has gotten.

Don Lemon posted on his official Instagram account about the recent Covid condition as he visited Baton Rouge General Hospital and he also shared real stories of Covid patients from inside the hospital.

John Bel Edwards on his Twitter account posted that he discusses the serious outbreak of Covid-19 with Don Lemon. Tune in to CNN tonight at 9 p.m. CST to watch our conversation.

Today, I spent some time with Louisiana native @donlemon at @BRGeneral to talk about the serious surge of COVID-19 that Louisiana is currently experiencing. Tune in to @CNN tonight at 9 p.m. CST to watch our conversation. #lagov pic.twitter.com/6W3ffLlW7T

51% of the US population are fully vaccinated and 25% are eligible for the vaccine but they are not vaccinated because of the misconception about the vaccine all over the US.

32.5% of the World population has received one dose of Covid 19 vaccine and 24.5% is fully vaccinated.