Drama, Fights, and Much More: Here’s How the Love Island Episode 51 Unfolded 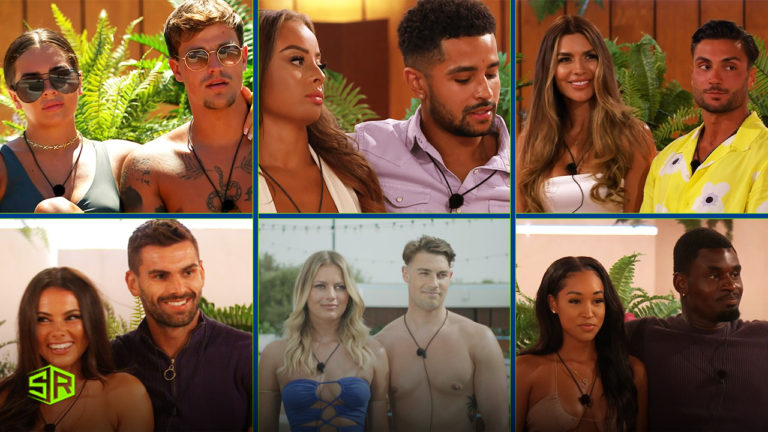 Whether you like it or not, Love Island’s popularity is soaring and it has already become one of the most sought-after reality-TV shows in 2022. The dating show brings together flocks of fans on social media, especially Twitter, to discuss the latest drama as it unfolds every evening.

A couple weeks before the season finale, a key couple has gone missing from the scene and fans were stunned. Moreover, the reality show also made headlines with the latest controversy of a misogynistic environment. Women’s Aid has come to the rescue of the girls, confirming that they have contacted the producers of the show to take care of the “controlling and misogynistic” behavior of the male islanders.

If you are also in love with Love Island head over heels and want to stay updated with the latest drama, here’s everything you need to know about the Episode 51 of the reality show which went on air on Tuesday, July 26, 2022.

Davide and Ekin-Su brush aside the misunderstanding

The talent show left most of the participants in good spirits. However, one of the islanders, Ekin-Su was disappointed and distressed after her beau Davide cracked a joke while commenting about getting “wild” following his nights out of the villa.

She decided to discuss the comments with Davide in person after the rest of the participants made an effort to calm the storm by explaining that it was a mere joke and nothing serious. Ekin-Su started telling Davide about her upset mood and that she got “p**sed off” with the comments he made. However, the couple was soon seen smiling and chirping around.

Gentlemen inaugurate the salon for the ladies

“Has the salon been open?”, you’ve probably become accustomed to this question on the reality show for some time, with the love birds using this phrase as a cipher for some hot and intense post-watershed shenanigans with their respective partners.

However, the boys had different plans. They decided to launch the salon literally, offering mimosas and body massages as special offers. This took the girls by surprise, and Gemma started looking for a razor frantically after hearing the news.

The happiest among all was Ekin-Su, who loved the massage from Davide, stating: “Am I living in a dream? All these good-looking men bringing us drinks.”

The latest episode had a very interesting challenge, the overtone continued with the girls being invited to join the mile-high club of Love Island.

The ladies were asked to dress up as flight attendants and were challenged to tie the boys into their seats while dealing with some kind of turbulence. Continuing with the challenge, the girls were then asked to invite a guy of their own choice to join the mile-high club.

The islanders certainly enjoyed the challenge, especially the girls, while the boys had very little say. But the challenge affected one couple in particular as things started to go downwards for one of the couples.

After a mile-high challenge, the atmosphere is plummeting for one couple 😬 And two Islanders reach their final destination… #LoveIsland”

After a mile-high challenge, the atmosphere is plummeting for one couple 😬 And two Islanders reach their final destination… #LoveIsland pic.twitter.com/QqlxT8PYLG

Luca and Gemma get into turbulence

During the mile-high challenge, Gemma was participating actively and was seen flirting with the boys while strapping them into their seats.

However, her antics didn’t go down well with Luca and he got offended after watching her girl getting inches close to Andrew and Adam. Although he told the islanders that there was nothing wrong with him, the girls were quick to spot his standoffish behavior soon after the challenge concluded. The couple later got aside for a personal discussion.

Luca persisted that he jokingly pushed her off during the challenge, however, Gemma was of the view that his weird behavior vexed her. Luca confessed that he didn’t wish to “stay annoyed” with his sweetheart, while Gemma reiterated the fact that she was actually right that he was angry with her at one point.

The squabble got heated with Luca pulling off his mic and storming out of the room and eventually leaving the villa. However, Gemma didn’t hold back either and didn’t stop her partner. Later, she elucidated the matter to Indiyah ahead of revealing to the Beach Hut that: “I know I’m right.”

Later that evening, the distressed couple sat together, with Luca confessing to Gemma that she was right in thinking that he was annoyed in fact, and noticed that she had crossed the limits as compared to the other participants of the challenge.

Gemma clarified that what made her frustrated was the fact that he didn’t openly say that he was upset. As they kept talking, Gemma also made Luca admit that he wasn’t ready to confess being annoyed because he didn’t want to show his possessiveness.

However, once again the discussion got heated, with the duo refusing to forfeit their stance and Gemma leaving the scene.

Stay updated and keep tabs on the latest quarrel between Luca and Gemma as the Love Island posted the clip from the couples’ argument on the Instagram account, the caption reads: “Luca and Gemma have an argument,

With the final week starting, we are now in the concluding phase of the show, the eliminations are going to come fast. The islanders got a text informing them another dumping is approaching. They sat around a fire pit, as they were told three couples’ names with the fewest votes.

Love Island shared a tweet as well on their official handle regarding that mentioning the “vulnerable couples,” stating:

“Your votes mean the three vulnerable couples are:

Who will be next to be dumped? #LoveIsland”

Your votes mean the three vulnerable couples are:

Who will be next to be dumped? #LoveIsland pic.twitter.com/bKDqObe2bp

There are these 3 couples on the edge of elimination. It was also made clear to the islanders that it was the public’s choice to have the couple with the lowest number of votes dumped.

The episode then ended in true Love Island style, on a cliffhanger. Now to see who left the villa the fans have to wait until the episode airs on Wednesday.

Who is still in Love Island and who is favorite to win?

Now it is time for it all to end as we are entering the final week in the villa, we can surely say that there will be no more bombshells sent in for a couple to mix up, so here are the couples that we have before the finale happens.

Currently, one of the favorite couples in for the win is Ekin-Su and Davide, with strong odds at the ratio of 1/4.