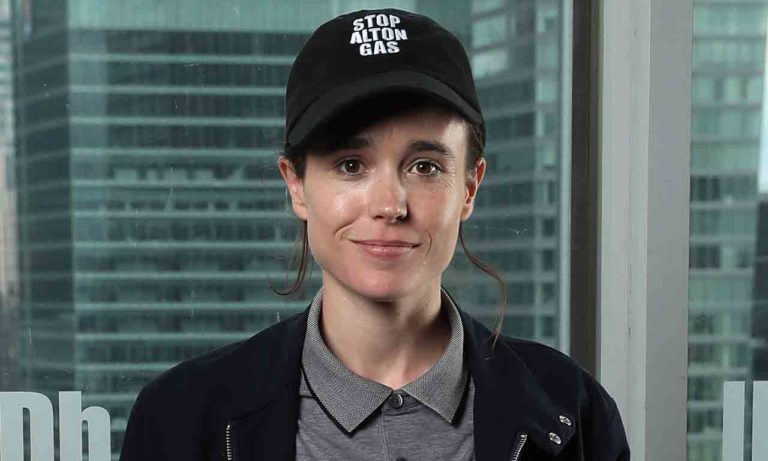 Elliot Page recently opened up about his ‘compromise‘ on his gender identity to make it big in Hollywood.

In a recent interview, the Inception star revealed that he felt like a boy at the age of nine, which was a winning feeling for the star as he had found his true gender identity.

He cut his hair short to feel more comfortable in his newly discovered gender identity and then found other people to accept and recognize him the way he wanted to be seen.

However, he was selected for a role in the Canadian TV film named Pit Pony just a few months after discovering his new identity, which required him to look and act in a feminine way.

The Juno leading star had to go through a stressful time when he made public appearances and did photoshoots as promotional acts for the movie Juno that made him famous in the public eye. People started accepting him as a feminine girl, which was the opposite of what he wanted others to perceive.

Page came out as a gay woman in 2014 and announced his transgender identity after going through a ‘life-changing surgery‘ towards the end of 2020. He admitted that he had to adopt a feminine look to earn notable roles in films and television.

“I became a professional actor at the age of 10, and pursuing that passion came with a difficult compromise. Of course, I had to look a certain way.”

With deep respect for those who came before me, gratitude for those who have supported me & great concern for the generation of trans youth we must all protect, please join me and decry anti-trans legislation, hate & discrimination in all its forms. pic.twitter.com/5yr8TYywTn

Page took a bold step at the age of 16 by completely shaving his hair off and accepted a role in the film titled Mouth to Mouth, in which he played a young anarchist. However, the same year he had to wear a wig while auditioning for the American thriller film Hard Candy and finally grew his hair back.

He confessed that it became tough for him to watch his own work, notably the feminine roles that he performed in his movies. He disclosed, ‘I just never recognized myself. For a long time, I could not even look at a photo of myself.’

Page stood for the trans kids and spoke up for them in his recent tweet:

Efforts to criminalize trans kids are deadly and we need to fight back against Alabama’s HB1/SB10. Trans kids’ lives depend on stopping this bill. Tell Alabama lawmakers to #ProtectTransKids #NoHB1 #NoSB10 @ACLUAlabama

The Umbrella Academy leading star had to suffer from depression and anxiety attacks, and he had to suppress his sufferings as he couldn’t vocalize his inner feelings. Even though the actor had a very successful career, he thought of quitting as he couldn’t bear the pain.

After coming out as a gay woman in 2014, he made sure that he only wore masculine clothing, but that still couldn’t knock off the discomfort within himself. He met the Canadian dancer and choreographer, Emma Portner, via Instagram and later married her in 2017. The couple separated in 2020 and finally filed for divorce in January 2021.

Page got the inspiration and strength to finally embrace his new identity from transgender icons like Laverne Cox. He put his discomfort away and opened up to the world about his new identity.

The actor received a positive response on Twitter, and other social media platforms, with people complimenting him for his courage.

Elliot Page coming out has really helped shine a light on those of us who are #nonbinary but exist sliding more to one side of society’s binary spectrum~☆ #HeThey #SheThey https://t.co/Mso1eWCmrA

The industry has also been very kind and welcoming to the star’s new gender identity as multiple casting directors reached out to his manager, saying that they would love to cast him in the big movies. Page is currently filming the third season of The Umbrella Academy in Toronto and is winning hearts globally on social media.

You may also like: Netflix has Launched a New Test Feature to Crack Down on Password Sharing