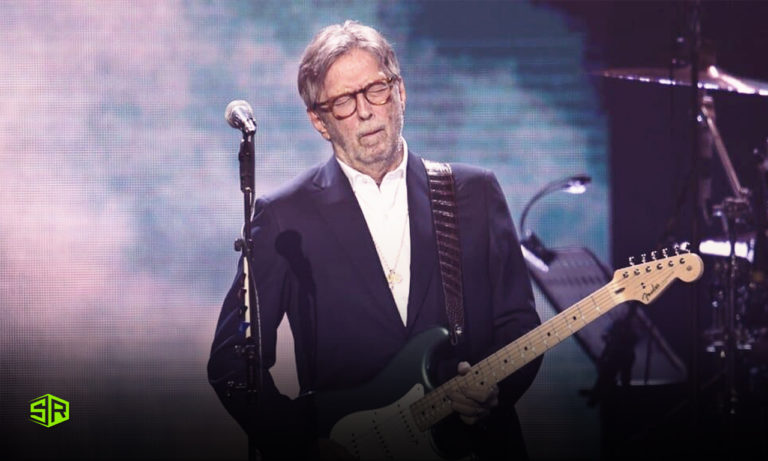 The famous artist Eric Clapton had to postpone some of his tour dates after testing positive for COVID-19. Ironically, he’s the same artist who’s been skeptical about the pandemic situation i.e. vaccine mandates and lockdowns.

Eric Clapton has been a vocal critic of the Covid-19 vaccine and all associated pandemic restrictions. He even called vaccine efforts ‘Mass Formation Hypnosis.’
He just canceled the rest of his tour. Can you guess why?

Clapton’s official Facebook page confirmed his diagnosis on Monday. After performing at London’s Royal Albert Hall earlier in May, he tested positive. The post stated that he has to cancel his appearances in Milan and Zurich.

According to the Facebook post,
“He has been told by his medical advisors that if he were to resume traveling and performing too soon, it could substantially delay his full recovery,” it also said. “Eric is also anxious to avoid passing on any infection to any of his band, crew, Promoters, their staff and of course the fans.”

Postponement of shows in Zurich and Milan

Eric Clapton is unfortunately suffering from Covid having tested positive…

In the past, the British guitarist and singer has been quite vocal in expressing his disbelief toward the COVID-19 vaccines. In December 2020, he made an appearance in a song written by Van Morrison called “Stand and Deliver.” The song included lyrics that criticized the lockdown.

Two months later, Clapton received his first shot of the AstraZeneca vaccine and penned a letter to Robin Monotti full of contempt regarding the vaccine, which was shared by the latter on his Telegram a few days later, with Clapton’s permission. He wrote:


I took the first jab of AZ and straight away had severe reactions which lasted 10 days. I recovered eventually and was told it would be 12 weeks before the second one…


About six weeks later I was offered and took the second AZ shot, but with a little more knowledge of the dangers. Needless to say the reactions were disastrous, my hands and feet were either frozen, numb or burning, and pretty much useless for two weeks, I feared I would never play again, (I suffer with peripheral neuropathy and should never have gone near the needle.) But the propaganda said the vaccine was safe for everyone…

Twitter’s having a blast making a mickey out of Eric Clapton’s attitude regarding vaccinations:

Eric Clapton in 2021: My first vax shot gave me a fever so I'm not getting another one and neither should anybody else.

When a rabid anti-vaxxer like Eric Clapton has to cancel concerts after catching COVID-19, it's not irony or karma: it's science.

On the other hand, in January, during an interview with the Real Music Observer, a YouTube channel, Clapton claimed that he had suffered from nerve damage due to the vaccine and wasn’t able to play his guitar for months.


My career had almost gone anyway. At the point where I spoke up, it had been almost 18 months since I had kind of been forcibly retired and I joined forces with Van. I got the tip that Van was standing up to the measures. And I thought, ‘Why isn’t anybody else doing this?’ And we go back; I’ve known him since we were kids. And I contacted him. I said, ‘What do you think? What’s going on?’ And he said, ‘I’m just objecting, really. But it seems like we’re not even allowed to do that. And nobody else is doing it.’ And I said, ‘You’re kidding. Nobody else?

The vaccines being used in the US and approved have been tested rigorously. After which they were deemed safe and effective for use by the US Centers for Disease Control and Prevention, the National Institutes of Health, and the US Food and Drug Administration.

According to Clapton, he received a shot of AstraZeneca, which is not authorized by the World Health Organization for use in the US, but in other countries like the UK, its use is authorized. Often, people do experience certain side effects from COVID-19 vaccines.

Prince Harry and Meghan Markle, the Duke and Duchess of Sussex, also took part in promoting awareness for the use of vaccines at Global Citizen Live, last year.

The Facebook post stated it was “very frustrating” that Clapton tested positive when he had been “avoiding Covid throughout lockdown and throughout the period when travel restrictions have been in place.”

It also stated the missed tour dates would be rescheduled within the next six months.