Erin Andrews Opens up on Fertility Struggle, Undergoing Seventh Round Of IVF In Her Influential Essay 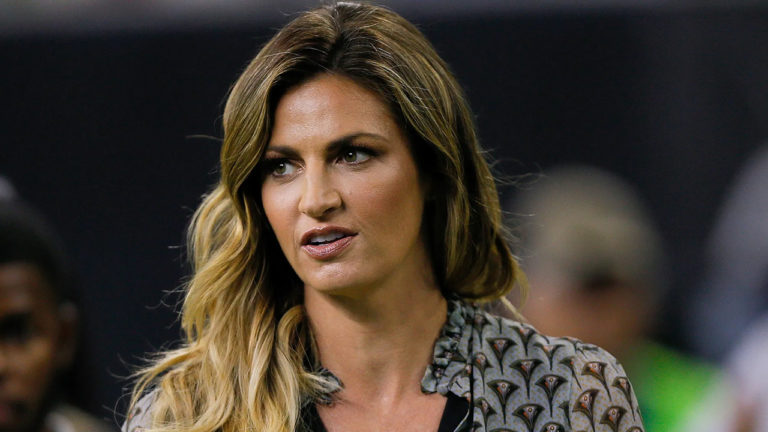 With constantly rising cases of infertility, life happens to be extremely uncertain for a bunch (read: ton) of women, and an active member of that bunch is Erin Andrews.

With a successful career in sports broadcasting, 43-year-old Erin Andrews penned down a heartfelt essay on her personal journey regarding her seventh round of IVF treatment, “I’ve been going through these treatments since I was 35 years old,” the sports icon stated.

IVF or in vitro fertilization is a “Time consuming and emotionally draining” process for women like Erin who deal with infertility. Wife to Jarett Stoll, former NHL player, Erin stated that “I have been trying to do IVF treatment for a while now, but sometimes it doesn’t go the way you want it. Your body just doesn’t allow it.”

After eight years of struggle, it really can get a bit too much when all the attempts go without any fruitful results.

Andrews went on to state that “Every cycle is different in a woman’s body, so some months are better than others.”

But when it comes to a woman of her demeanor, things can get tough while dealing with a hectic work schedule and showing up on time to all her appointments.

When I heard this was the best time to go through another treatment, I had to figure it out all over again. How am I going to juggle this treatment on top of my work schedule? I got so stressed out. When this happens, it really makes you question: Is it the future of my family or is it my job?

And it is a gamble when you take a look around women who have to give up one thing or another to experience all the aspects of life, but things are changing now and “It’s so common that people are starting families late and put so many other aspects of their lives on hold.”

A sad part of all this is that women stay quiet about their experiences with IVF and all the struggles that they endure in the process of bringing a life into this world.

But the veteran sports broadcaster had decided that this time around she “would be open with my show producers about having to come to work a little later than normal because I was attending daily fertility appointments. And I am thankful I did it. They encouraged me to be open about it because this is real life.” She further added that “I am not ashamed, and I want to be vocal and honest about this”.

Furthermore, Erin gave us a deep insight into the whole experience that thousands of women across the globe go through during an IVF treatment:

The entire treatment takes such a mental and emotional toll on your body. You feel like shit. You feel bloated and hormonal for a week and a half. You could go through this whole experience and get absolutely nothing out of it — that’s the crazy part. It’s a ton of money, it’s a ton of time, it’s a ton of mental and physical anguish. And more times than not, they’re unsuccessful.

And while that is the reason her field of sports reporting “women feel the need to keep things like this quiet”, she continued saying that, “there are so many other women who maybe put their careers on the back burner because they don’t want to miss out on any opportunities” because infertility is more than just anatomy.

She further added that “It’s a team that no one wants to be a part of. We’re all going through this and having a tough time. It can be so isolating, but in reality, we are all there together.” Even when it makes you question your own capability, “we can also feel like we’re a failure as females or to our partners.”

But that is not the case, “But we are all warriors for going through this!” she added, “You never know who else is going through this; it could be another co-worker or the person making your coffee every day. There are more people than you think.”

Erin further challenged the status quo that has turned the struggles of trying to get pregnant a taboo that not many people feel comfortable talking about:

Now that it’s my seventh time, something just hit me. Why am I keeping this such a secret when this is just a part of our lives? Instead of feeling ashamed, we need to give ourselves more love. It freaking sucks because it can seem like it’s such a lonely thing. There are so many of us going through this though, and it’s just not talked about.

Infertility and dealing with a stressful IVF treatment wasn’t the only hurdle power woman Erin had faced in these past 5 years.

Back in 2016, Andrews was diagnosed with Cervical Cancer and successfully beat it with all her strength and was back on the field two days after the successful removal of all cancerous cells in her body.

That is the dedication with which she lives her life, and despite the illness, she had always been open about wanting to have a family with her partner.

She stated in an interview with Bustle back in March 2021 stating that:

My husband and I missed the whole social circle where people commiserate about their kids, homeschool, all that stuff. We’re going to have kids in the next couple of years, so maybe we’ll be in a different social scene.

IVF treatment has been a significant contributor to successful births in the USA, and in 2012 alone nearly 62000 babies were born via IVF treatment. As cases of infertility rise, more people are opting for artificial means to conceive babies as the success rate of IFV rise to 55% on the first try.

It’s great to see influential personalities opening up about their IVF struggles on public platforms, as their stories give courage to parents who are battling infertility ybut don’t want to lose hope.

Jack Harlow Opens Up About His Struggle with Alcoholism