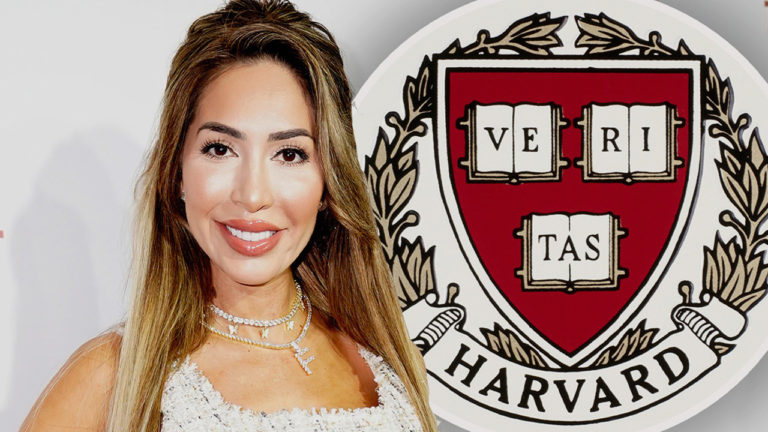 “Teen Mom” actress, Farrah Abraham has threatened to sue Harvard University, claiming that she was the victim of “educational abuse” by one of Harvard’s professors.

According to her, the professor kicked her out of a zoom course and forced her into dropping it without any adequate explanation.

“Basically an elder teacher in a position of power with a male dean blocked me out of a class and also said lies about my work,” she alleged, claiming that neither her professor nor the dean has returned any of her calls or emails.

She further stated “her professor urged her to submit a “class activity” without reviewing it, then used the assignment to push her to abandon the class.”

Right after that incident, Farrah Abraham threatened to take legal action against Harvard:

“I will be taking legal action against Harvard. I properly gave them time,” Abraham told a TMZ camerawoman while sporting the university’s attire. “I sadly had to write a review on Niche, on Yelp, and on Google Maps because no one was getting back to me.”

She also stated that Harvard’s online degree program was a “joke” and a “scam”, including that she was racially discriminated against.

How Jonah Hill Fought Back Abuse

Abraham’s Yelp review was spotted by admirers. The alleged incident, however, was never confirmed by Harvard. Due to federal privacy rules, a university representative informed TMZ that it does not comment on the individual students.

The key takeaway from Abraham’s review can be this:

“I would advise Harvard is not a safe nor credible school to attend. Educational abuse, deny student education, unsafe, discriminate, slander and poor mental health and writing and center help. Their own teachers do not know how to teach online!”

She also went ahead and posted a video on YouTube to shed light on the same issue, saying that Harvard’s brand can be sold, but not its education, because it offers nothing that can be used in the actual world, and that Harvard is an untrustworthy scam educational institution.

While it is shocking to see all of this being said about one of the world’s most renowned Ivy league universities (whose acceptance rate is just 4.6%, by the way!) — and may seem that not all that sparkles is gold — the comments under her YouTube review seem to tell another story altogether.

What do you think? Have you or anyone you know been through something similar at Harvard?