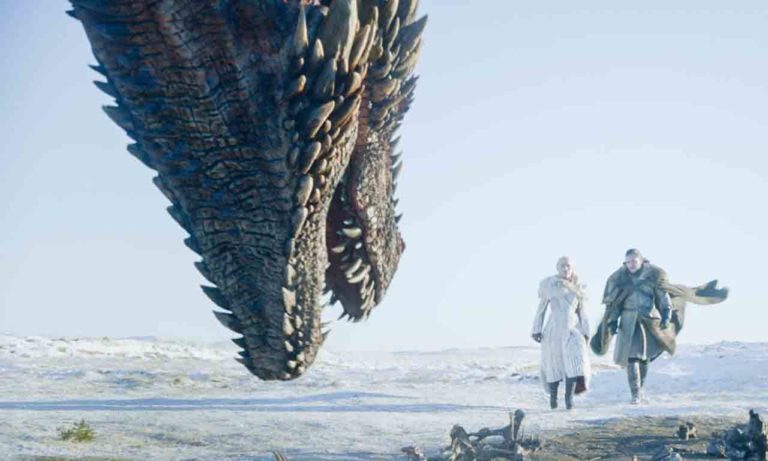 The Game of Thrones Prequel ‘House of the Dragon’ filming will start in April, confirms HBO.

According to Deadline’s report, the broadcasting network, which is the home of Game of Thrones, revealed this big news on Wednesday during a Television Critics’ Association panel.

George R.R. Martin and Ryan Condal are the co-creators of House of the Dragon, and Miguel Sapochnik will be the co-showrunner alongside Ryan Condal.

According to Deadline, during the pane Casey Bloys (HBO and HBO Max Chief Content Officer) said,

Casey Bloys is waiting to be vaccinated for the Covid-19 so that he can set abroad. He also said that pre-production is “all moving ahead, and we are excited about that.”

The prequel series will comprise 10-episodes, and the story will be based on the Targaryen civil war, which took place about 300 years before the events portrayed in Game of Thrones. Paddy Considine will be playing the role of King Viserys Targaryen.

According to the official character description for King Viserys,

“Viserys was chosen by the lords of Westeros to succeed the Old King, Jaehaerys Targaryen, at the Great Council at Harrenhal.” “A warm, kind, and decent man, Viserys only wishes to carry forward his grandfather’s legacy, but as we’ve learned from Game of Thrones, good men do not necessarily make for great kings.”

According to the insight by HBO, the other characters in the series are:

Aegon II Targaryen’s character is also a significant one in the series, but who will play this role is also not revealed yet. Aegon II Targaryen is the younger half-brother of Princess Rhaenyra’s, who challenges her claim to the throne.

The concept art for the new dragons that will feature in the series was released last December. It shows two dragons, one of them has dark red scales, whereas the other is an orange dragon.

“We are talking about other areas that make sense as well,” he said. “George R.R. Martin’s world is so big, and what’s interesting about it, not only is it big, but he’s got a lot of road maps in terms of history. So one of the great things about House of the Dragon is that’s an established history that leads you to Game of Thrones the show, and there is a lot of little branches. There is a lot of opportunities and stories to tell.”