Bill Gates Donates $20 Billion to Battle Global Challenges, Says He Plans to ‘Give All My Wealth Away’ in Future 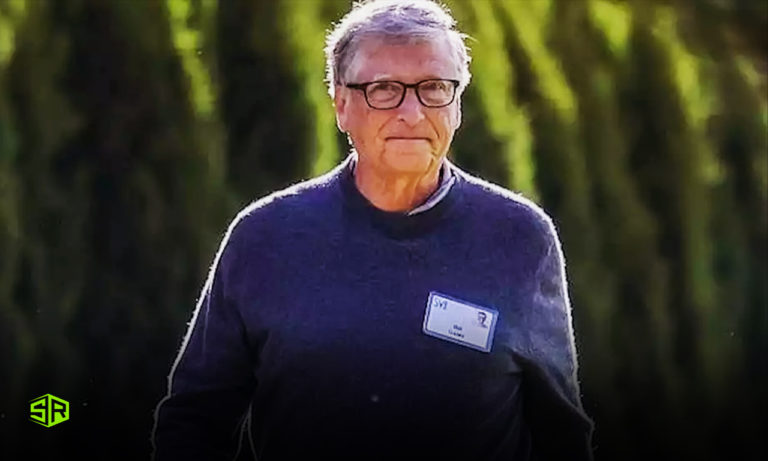 On Wednesday, Bill Gates said he will be donating $20 billion to the Bill and Melinda Gates Foundation for the sake of “huge global setbacks” the world has been facing.

In a statement, Gates said that the foundation founded by Gates and his ex-wife, Melinda French Gates, back in 2000, intends to spend $9 billion per year in an attempt to fund innovations and causes which can prevent pandemics, reduce the mortality rate of kids, eliminate diseases, deal with climate change and also achieve gender equality.

In a series of tweets, Bill Gates talked about the pressing matters of the world. He shared his ideology for establishing the Bill and Melinda Gates Foundation:

Melinda and I started the @gatesfoundation in 2000 because we believed that every person should have the chance to live a healthy and productive life. That vision remains the same, but the great crises of our time require all of us to do more. https://t.co/QBT6FHMqEj

He also addressed the numerous issues faced by the world and how the foundation has played its role in it:

In his statement on Wednesday, he also said:

“I hope by giving more, we can mitigate some of the suffering people are facing right now and help fulfil the foundation’s vision to give every person the chance to live a healthy and productive life. As I look to the future, I plan to give virtually all of my wealth to the foundation. I will move down and eventually off of the list of the world’s richest people”

As I look to the future, I plan to give virtually all of my wealth to the foundation. I will move down and eventually off of the list of the world’s richest people.

“These innovations will not come in time to avoid the problems altogether, but the faster we move, the less people will suffer. For many people including myself this is the most concrete way of contributing, even when it seems modest compared to the scale of the problems. Focusing on being part of the solution is better than giving up in despair.”

He went on to mention how the world hasn’t been in the best shape for the past few years:

The pandemic is one of the biggest setbacks in history. The war on Ukraine is a gigantic tragedy for the entire world. The damage from climate change is already worse than most models predicted. The U.S. has taken a huge step backwards for gender equality and women’s health.

However, he was still optimistic about the future and how mankind mitigates risks to make the most of it:

But I’m still optimistic. These setbacks are happening in the context of two decades’ worth of historic progress and I believe it is possible to mitigate the damage and get back to the progress the world was making.

Up until Wednesday, the largest donation ever received by the Bill and Melinda Gates Foundation was handed by Berkshire Hathaway Chairman Warren Buffett, a combined total of $35.7 billion.

Although the couple announced their divorce last year, as per their dissolution, they both pledged $15 billion to the foundation. Melinda French Gates now heads her own investment and business incubation center called Pivotal Ventures.

In a statement a spokesperson said as reported by Bloomberg:

“Bill and Melinda are fully committed to continuing to work constructively together at the Foundation to advance its program and policy objectives.”

According to Bloomberg, Bill Gates has a net worth of $114 billion, making him the fourth richest person in the world. Although Gates said he wants to remove himself from the list of the world’s richest one day.

“My giving this money is not a sacrifice at all. I feel privileged to be involved in tackling these great challenges, I enjoy the work, and I believe I have an obligation to return my resources to society in ways that have the greatest impact for improving lives. I hope others in positions of great wealth and privilege will step up in this moment too.”

I have an obligation to return my resources to society in ways that have the greatest impact for reducing suffering and improving lives. And I hope others in positions of great wealth and privilege will step up in this moment too.

Many other celebrities have donated to various causes across the globe in the hopes of the betterment of society and the future. Earlier this year, Rihanna’s foundation donated a gross of $15 Million to help fight climate change. Not only that, celebrity couple Blake Lively and Ryan Reynolds supported the indigenous community by donating $500,000 to a water charity in March.

Just a month ago, MacKenzie Scott donated more than $12 Billion to over 1200 non-profit organizations. So, you can never say celebrities have been stingy about investing in a brighter future.

Let us know what you think about Gates’ generous and hopeful future incentives in the comment section below.