Goop Introduces Nappies Worth $120: Turns Out to Be A PR Stunt For A Cause Against Diaper Tax 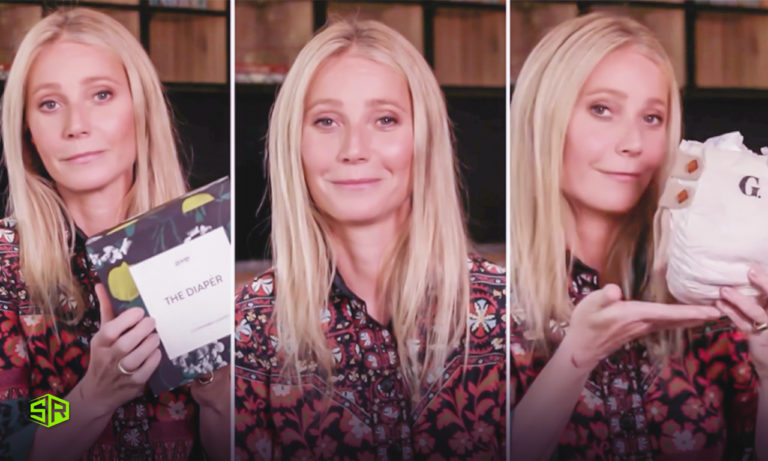 Goop is a wellness brand known for two big reasons: Gweneth Paltrow being the owner, and its lavish line of products. This Wednesday, there Instagram page posted an update revealing their plans of introducing the world’s most expensive diaper.

Here’s what the post said, “Meet The Diapér. Our new disposable diaper lined with virgin alpaca wool and fastened with amber gemstones, known for their ancient emotional-cleansing properties. Infused with a scent of jasmine and bergamot for a revitalized baby. Dropping tomorrow at 11a.m. EST at $120 for a pack of 12.”

Later that evening, Goop revealed it was a PR stunt. A video posted by Goop’s Instagram a few hours after the infamous $120 product reveal had Gweneth Paltrow admitting that the product was fake and that it was all a PR stunt aimed to support a cause that matters to many. “Goop launched a luxury disposable diaper at $120 for a pack of 12 and there was a lot of outrage. Good, it was designed to piss us off. Because if treating diapers like a luxury makes you mad, so should taxing them like a luxury. The Diapér is a fake product meant to shine a light on a real problem”, said Gweneth in the video.

The ridiculously overpriced set of diapers was actually aimed at raising awareness at how costly diapers can be for many, and as a result raise money for Baby2Baby, a not-for-profit organization working to provide essentials to children across the country. On the website, Goop says “Despite the absolute necessity of diapers, in 33 states, they aren’t treated as an essential item, they’re taxed as a luxury good. Depending on the state, this sales tax can add between 1.5 percent and 7 percent to their cost. (We priced our fictional Diapérs at $120, because that is what the diaper tax could cost families annually.)”

Paltrow is among a few other generous celebrities supporting Baby2Baby. While trying to raise funds for the company, she explained how tax-less diaper cost is “not a complete solution” but “it could allow many families to pay for another month’s supply.” The initiative was highlighted by NBC News and Vice’s Motherboard, after people went crazy over Goop’s initial post. There were updates and speculations from different circles online saying that the “Diapér” could be a PR stunt, since Gweneth was seen on CBS this Mother’s Day talking about the tax percentage on diapers across the US. The article named “Gweneth Paltrow on the Joys and Stresses of Motherhood” was indeed right in speculating it as a PR stunt.

Goop saw a mix of reactions from people over the luxury diapers they were about to introduce. Some saw it as an actual product, considering the history of Goop offering pricey products in the wellness industry. Nothing is ridiculous when it comes to brands putting an extravagant price tag on their products, especially when people are willing to spend. However, there were many who were smart enough to take it as a joke, since a lot of us would have a hard time exposing virgin alpaca wool lined diaper that is fastened with amber gemstones, and infused with a scent of Jasmine and bergamot to a baby’s poop.

goop has still got it!!!! pic.twitter.com/iLzEmdio0L

@DrJenGunter took a toll on Goop and Gweneth Paltrow saying it can’t be real, and compared her with the Queen of France who faced the French revolution

If that Goop diapér is actually real…and will be available for sale in the same timeline as formula shortages, then Paltrow is really Marie Antoinetting herself big time.

Check this insanity from @goop.

I'm still not convinced it's real. A diaper made with "virgin alpaca wool & fastened with amber gemstones" for a "revitalized baby"?

@bettinamak thinks this society is obsessed with poop.

With the formula shortage so real and impactful in terrifying ways, Goop mentioned on its website how people can donate and help them produce formula at a much less cost than retail, so they can help families across the US get access to it.

Diaper shortage has been a real problem for families in the US. With rising supply chain issues due to the pandemic, it has been recorded that one out of three families is facing a serious shortage of diapers, a vital necessity for anyone with a toddler. With this, and formula shortage nationwide, initiatives like Goop’s are need of the hour. We surely need more celebs reflecting and helping in causes affecting the masses.