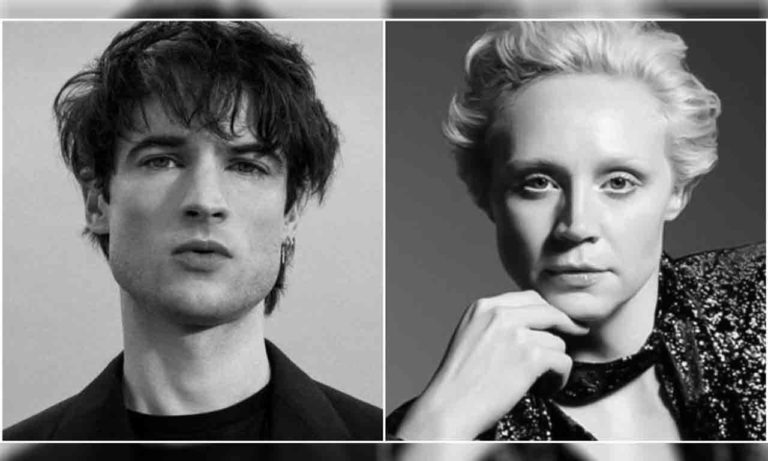 Netflix is all ready to break stereotypes as Gwendoline Christie will be playing the role of Lucifer (the king of Hell) in Neil Gaiman’s live-action Sandman series.

Back in 2019, the news about Neil Gaiman’s comic book live-action adaptation came out, and fans started making speculations regarding the cast. Most of the fans were curious to see who would play the King of Hell, Lucifer. Many fans also speculated regarding the other family members, including the Sandman (lead role), Destiny, Death, Destruction, Despair, Desire, and Delirium.

Just yesterday, it was revealed that Gwendoline Christie, who played the role of Brienne of Tarth in Game of Thrones, will be playing the role of Lucifer in the upcoming series. However, Lucifer was portrayed as a male in the comic and the “Lucifer” TV series.

Nevertheless, Lucifer is not the only character swapping gender roles. Vivienne Acheampong will be playing the role of chief librarian Lucienne (the guardian of Dream’s world), which is portrayed as a male in the comics with Lucien’s name.

Netflix illustrates the “Sandman” series as,

“A rich blend of modern myth and dark fantasy in which contemporary fiction, historical drama, and legend are seamlessly interwoven. The Sandman follows the people and places affected by Morpheus, the Dream King, as he mends the cosmic — and human — mistakes he’s made during his vast existence.”

Apart from Lucifer, the other cast members are also revealed! 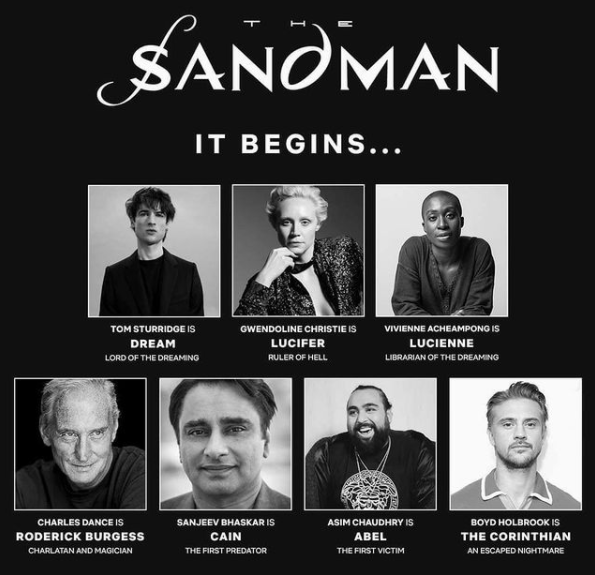 Tom Sturridge plays the lead role of Lord of the Dreaming Morpheus.

Boyd Holbrook playing the role of “The Corinthian” (A nightmare creature disguised as a man, with jaws in place of eyes).

Asim Chaudhry and Sanjeev Bhaskar will be playing the role of Abel and Cain (the Biblical brothers; first victim and first murderer on earth).

“For the last 33 years, the Sandman characters have breathed and walked around and talked in my head”.

“I’m unbelievably happy that now, finally, they get to step out of my head and into reality. I can’t wait until the people out there get to see what we’ve seen as Dream and the rest of them take flesh, and the flesh belongs to some of the finest actors out there.”