Jada Pinkett Smith Shares Her ‘Struggles With Alopecia’ For Years; Reveals She’s Not Deterred in Her Battle With the Hair loss Disorder 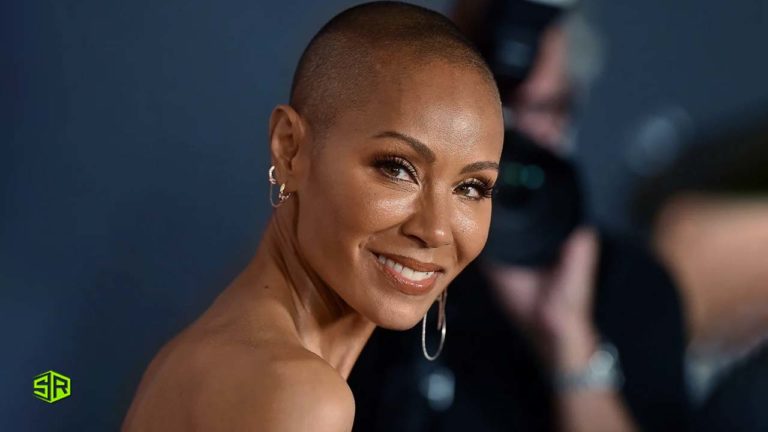 Jada Pinkett Smith is standing firm and embracing her bald patch with an open heart.

Smith, 50, who has been candid about her hair loss for years, shared an unvarnished video this week revealing a bald patch of her scalp induced by alopecia, an autoimmune disorder that affects hair follicles resulting in fall out of small clumps of hair.

“Mama’s gonna have to take it down to the scalp so nobody thinks she got brain surgery or something,” the “The Nutty Professor” star captioned her Instagram post, “Me and this alopecia are going to be friends … period!”

In the video shared, Smith moves her phone camera upward to reveal a visible bald patch on her scalp forming a line across her head.

“At this point, I can only laugh,” she speaks, moving her finger through the bald patch. “Y’all know I’ve been struggling with alopecia and just all of a sudden one day, look at this line right here. Look at that.”

“It just showed up like that and this is going to be a little bit more difficult for me to hide, So I thought I’d just share it so y’all are not asking any questions. But you know mama’s gonna put some rhinestones in there. I’m going to make me a little crown. That’s what mama’s going to do.”

Fans quickly jumped to appreciate Smith’s positive attitude. “Gorgeous as always. It’s your tiara spot!” one of the fans wrote, with another commenting: “I like that!”

The Matrix Reloaded star’s hair journey has long been documented. This summer she bravely decided to completely shave her head, inspired by from her daughter Willow Smith, 21.

“Willow made me do it because it was time to let go BUT my 50s are about to be Divinely lit with this shed,” Smith wrote the caption of a photo showing her head that is freshly shaved.

The image she shared for the post also features a comment from the daughter, Willow Smith: “A gift is pure when it is given from the heart to the right person at the right time and at the right place, and when we expect nothing in return.”

Given the reference to ET Online, Pinkett Smith first opened up about her alopecia battle in 2018. She described to the viewers of her show, which comes up on Facebook Watch, the moment when she first apprehended the knowledge of her hair falling out. Smith also discussed the issues she was struggling with her hair loss during an episode of Red Table Talk in 2018. “It was terrifying when it first started, I was in the shower one day and had just handfuls of hair in my hands and I was just like, ‘Oh my God, am I going bald?’” is what she said.

The star from The Matrix Resurrections further said that she would definitely find the treatment to aid in slowing down some of the processes of her hair loss journey.

“I’m getting my little steroid injections, and they seem to be helping, but not curing, but they seem to be helping, but I’m open to other ideas. I just want to say a thank you to everyone for all the outreach, from all the doctors and all the holistic practitioners, who have been reaching out to me for this head of mine, I appreciate it so much. And I’m taking into a lot of consideration all the recommendations that are coming my way,” she said.

As per a study published by Hindawi “the latest worldwide statistics have exhibited that alopecia areata has a prevalence of 1 in 1000 and has an incidence of 2%.” Whereas, MedlinePlus states, “alopecia affects 1 in every 500 to 1,000 people in the United States.”

Steve Busemi had PTSD at Ground zero after 9/11

How to watch Matrix movies outside USA