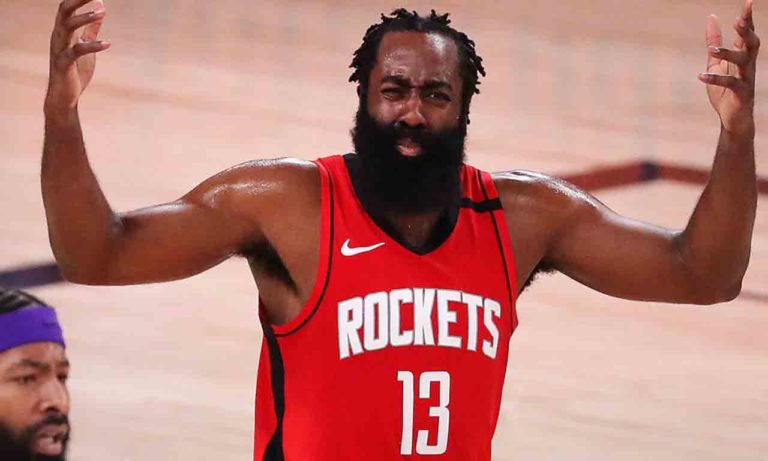 James Harden has been ruled “Unavailable” for the upcoming game of Houston Rockets against Oklahoma City Thunder in response to the violation of health and safety protocols. NBA has announced on Wednesday that the game has been postponed.

As reported by People, James Harden will be fined $50,000 for violating the NBA’s protocol and attending the party, NBA said in its statement on Wednesday. Keeping the current pandemic situation in mind, players cannot visit pubs, bars, or clubs. They are not even allowed to gather in a group of more than 15 people, as per the safety protocol.

Players of Huston Rockets were tested for Covid-19, and as per the results, three players of the team were “either positive or inconclusive.” However, four players are currently put in Quarantine through contact tracing. The team does not have enough players to play their game against Thunder this Wednesday, even if Harden and another player on the bench due to injury are included.

Harden’s test results came negative, and he is not going to quarantine. However, James Harden did address the whole situation through his Instagram story:

“One thing after another. I went to show love to my homegirl at her event (not a strip club) because she is becoming a boss and putting her people in position of success and now it’s a problem”. (The message was screenshot and shared by Tim McMahon, an ESPN reporter).

“Everyday [sic] it’s something different.” “No matter how many times people try to drag my name under, you can’t. The real always end on top.”

James Harden’s agent has not made any comment yet. AAs for the NBA, they have not announced any update regarding the rescheduling of the postponed game.