Johnny Depp ‘Did Not Get Fair Trial’, His Lawyers Argue at The Appeal Court 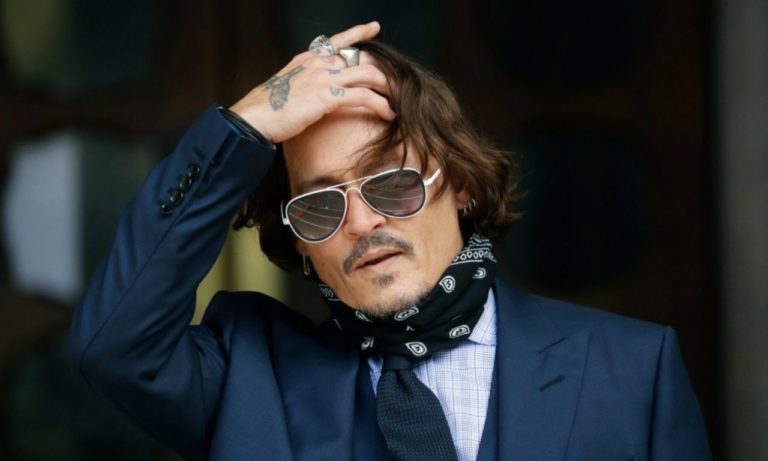 Past Thursday, Johnny Depp’s lawyer told the Court of Appeal that his client did not get a “fair trial” in his libel case against the Sun.

Depp’s lawyer ‘Attorney David Sherborne’, has asked the panel of the Court to “order a new trial” by keeping aside the Judgement passed by London High Court Judge Andrew Nicol. Last month, Judge Nicol passed the ruling that “The Sun’s headline was substantially true”, as reported by Page Six.

Johnny Depp and Amber Heard attended the trial as witnesses and in this trial, allegations of the poop incident in the bed and uncontrolled use of the drug were also addressed. Depp’s lawyer called out Amber Heard’s testimony as “unreliable” and “inconsistent”, according to court papers.

As reported by The Guardian, Sherborne wrote,

“The Judge concluded that the appellant was guilty of serious physical assaults without taking account of or even acknowledging that Ms. Heard had been untruthful in her evidence, without testing her account against the documentary evidence and the evidence of other witnesses, and without making any findings that he disbelieved those witnesses,”.

Depp filed a libel case against the Sun and its executive editor for calling him a “wife-beater” back in 2018. Judge Nicol that most of the domestic violence mentioned by the Sun in their story was “substantially true.” Johnny Depp lost that libel case and his legal team called this decision “as perverse as it is bewildering.”

In his defense, Depp insisted that he’s a gentleman and would never hit a woman, rather it was Amber Heard who was once responsible for all the violence in their relationship.

The final nail in the coffin for this case when Heard or her friend “pooped” in his bed as a prank, after the couple had a heated argument. Pictures of the droppings were also attached in the evidence.

Depp described Amber Heard as an insensitive gold digger who has fabricated this story just and made false allegations just to bring him down. On the other hand, Amber heard was the witness herself for the Sun, who claimed that she used to love her husband but he was an outrageous addict. She also said that at times he would get so wasted that he could not control his temper or even his bladder.

At one point she also said that Depp had become a “monster” during his points of ODs and he had almost killed her during their relationship that lasted 5-years.

Amber Heard told the court about a “three-day ordeal of assaults” back in 2015 in which Depp lost his fingertip. He used his injured finger to write down “I love you” with blood on a mirror.

The battle between the ex-lovers is not over and the feud is still alive. Johnny Depp has filed a case against Heard for $50 million in Virginia over a post she shared through Washington Post. In return, Heard filed a countersuit against Depp for $100 million and the trials are expected to begin next year.