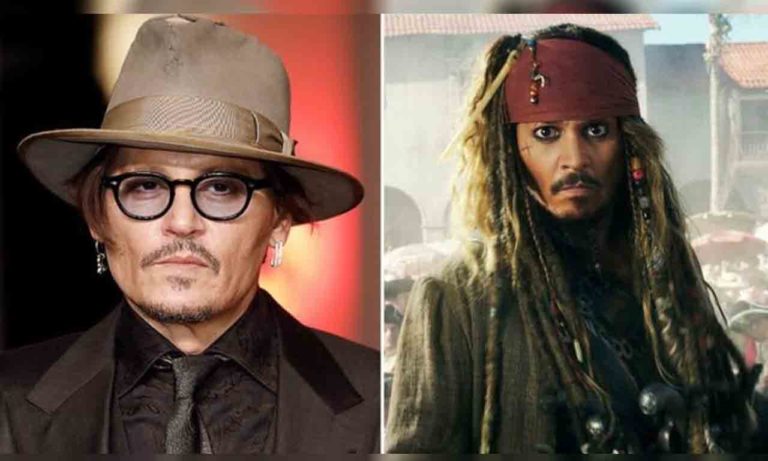 The feud between Johnny Depp and Amber Heard is still hot, but things seem to be coming around in Johnny Depp’s favor after a series of setbacks for the 57-year old actor.

Rumors are that Disney is defending Depp in courts, and he is likely to be “Re-hired” for the upcoming Pirates of the Caribbean movie. If the rumors are true, then we will see Depp once again as Captain Jack Sparrow.

The past year has been quite traumatic for the versatile actor. He first lost the libel against “The Sun.” Then Disney blocked his return in the upcoming installment of the Pirates of the Caribbean franchise as Disney feared that it’d put their reputation at risk.

Later on, Depp was asked to resign from his role as  Grindelwald in Fantastic Beasts by Warner Bros., and he agreed to it. This was another major blow to the actor, and things started looking to worsen for him.

However, Penelope Cruz. Who starred in the Pirates of the Caribbean movie alongside him, has defended Depp. She filed her own written disposition on behalf of Johnny Depp in which she shared some light on their professional relationship and friendship. According to Cinema Blend, she stated,

“I’ve seen Johnny in so many situations, and he is always kind to everyone around. He is one of the most generous people I know. During six months of my first pregnancy, I spent every day with him while we shot Pirates of the Caribbean. My husband and I will never forget the sweetness, protection, and kindness he treated me with during every single step of that process.”

Penelope Cruz and Johnny Depp have known each other since 1993 and have appeared side by side in three different movies. Penelope Cruz and her husband are good friends with him, and they both “feel lucky” to have him in their lives.

Not only this, his fans have got his back, and they even started an online petition, demanding that he should be hired again. The petition has so far got almost 500,000 signatures, which is an astounding number, of course. Another petition is live, having more than 180,000 signatures, and that one is against Warner Bros, asking them to give Johnny Depp his roles back.

Nevertheless, Depp’s fans and stars who have supported him would surely be hoping that he is re-hired and he shines gloriously.