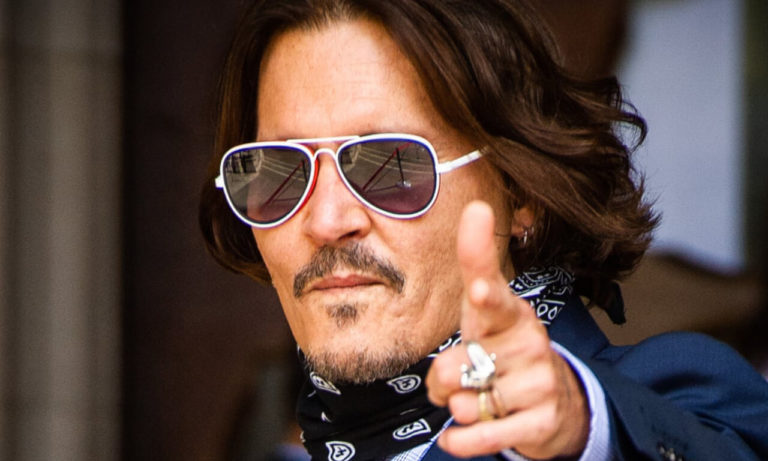 The Pirates of the Caribbean star Johnny Depp hasn’t appeared on the big screen for a while now but finally, Depp will be making his much-awaited return in a couple of weeks.

Depp is returning to the big screen in his new movie “Minamata”, which is a biopic of an American photographer Eugene Smith and the story is about him documenting the effects of mercury poisoning on the citizens of Minamata, Kumamoto, Japan.

The last time we saw him on the big screen was in the Fantastic Beasts in 2018. A franchise from which was dropped from, following the whole controversy between him and his ex-wife Amber Heard, he has been absent from the box office since then. Depp’s return in the Pirates of the Caribbean franchise now seems impossible, ever since Disney distanced themselves from the 58-years-old actor when he was called a ‘wife beater’ by a British tabloid.

He has been in deep waters lately, as there is a lawsuit dismissal thing going on with his ex-wife Amber Heard. Lately, the #justiceforjohnnydepp movement gained momentum, and now fans have started the #justiceforMinamata movement. This proves that fans love him and they want to see him on the screen.

The film is due to be released internationally but it was initially released in February 2020 at the Berlin International Film Festival. It received great feedback from the critics and was acclaimed because of Depp’s remarkable performance:

Critics are celebrating #Minamata, calling it “his best performance”. This movie has an audience score of 91% on RT, 8/10 on IMDB.
But MGM decided to “bury it”. ? ?#JusticeForJohnnyDepp #ReleaseMinamataintheUS pic.twitter.com/yI40kHBYLN

Minamata will be released in the UK on August 13, 2021. However, there is no word regarding its release in the USA or in any other region.

The Director of the film, Andrew Levitas wrote a letter to MGM (Minamata’s distributor), that they have intentionally ‘buried’ the movie because of Depp’s controversy.

MGM had decided to ‘bury the film’ (acquisitions head Mr. Sam Wollman’s words) because MGM was concerned about the possibility that the personal issues of an actor in the film could reflect negatively upon them…

As per the report by Indiewire, MGM has responded to these allegations by saying,

The film was acquired for release via American International Pictures (AIP), a division of MGM which handles day-and-date releases.

Minamata continues to be among future AIP releases and at this time, the film’s US release date is TBA [to be announced].

Now that they have stated that they do plan on releasing Minamata, the release date has still not been announced.

Depp’s fans have come together and started a petition to release the movie in the USA:

Fans have taken it to the microblogging site to share their support for Depp and asking MGM to release the movie:

The letter I mailed today to MGM Studios regarding their treatment of Johnny Depp, @AndrewLevitas, and @sunstroke_house’s movie Minamata. Which they were supposed to release in North America (USA, Canada), but are neglecting.#justiceforMinamata #JusticeForJohnnyDepp pic.twitter.com/pLZrdsxjoZ

It’s pleasant to see Depp returning to the big screen after being absent for two long years! Amid the whole tense scenario, his return on the big screen sounds relieving not just for the actor but for the fans as well.