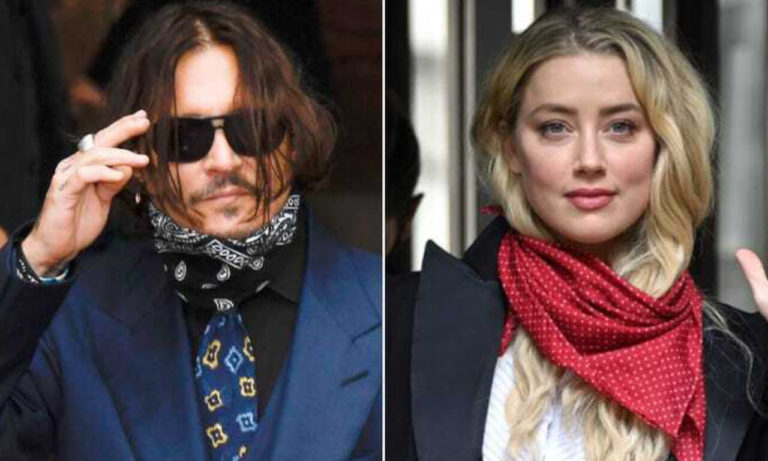 Depp and Heard’s legal strife continues to get messier with each passing day as new updates and developments keep on popping up now and then. Both the sides have been trying to throw each other to the gallows, but apparently, Depp seems to face most of the heat.

The clash between the former sweethearts received great publicity because of the shades thrown by both sides on each other publicly and a British Tabloid labeling Depp as a ‘wife beater.’

The nature of this legal battle between the two has become very complex, as the lawsuits are in process in two different countries. Moreover, each side is trying their best to bring the other down by making one move power move after another.

Earlier, Depp filed a $50 million defamation lawsuit against Heard for publishing an op-ed in The Washington Post, in which she claimed to be a victim of domestic violence. In this lawsuit, Johnny Depp claimed that domestic violence allegations were “categorically and demonstrably false.” He also stated, “They were part of an elaborate hoax to generate positive publicity for Ms. Heard and advance her career.”

On the other hand, Heard and her legal team have tried getting this defamation lawsuit to be dismissed twice. Now, Amber Heard will try again for the dismissal of the defamation case, using the verdict of the libel case that Depp lost as the basis of dismissal.

On July 22, lawyers of both the parties spoke to the Virginia Judge, stating their claims in the ongoing defamation case. According to the Courthouse News Service:

If the conclusions of the U.K. court are embraced, Depp, 58, would not be able to contend that he was defamed by a 2018 Washington Post op-ed in which Heard described facing pushback after coming out as a survivor of domestic abuse. Depp’s $50 million defamation lawsuit against Heard, 35, would end in dismissal.

“What is the issue here?” […] “The issue is whether he [Depp] committed domestic violence.”

On the other hand, Depp’s lawyer ‘Ben Chew’ challenged this claim, stating that the UK libel case and this defamation lawsuit aren’t connected. He stated,

The two cases are different: set in different countries with different disclosure and evidentiary rules. The “Aquaman” actress, he said, “fed selective evidence, much of it false, to the [U.K.] defendants.”

Depp’s attorney has also insisted to the court that Amber Heard and her team should be facing the consequences for claiming in the court for dismissal again, despite failing two times. Ben said,

“Heard’s attorneys,” he added, “ignored the flashing red lights” in bringing it before the court and should be sanctioned.”

The judge has warned Amber Heard and her legal team of “legal repercussions” if they have been found wasting the court’s time.

Depp’s image has been tarnished, and he lost many of his roles because of this disaster. When the ruling came against Depp in the libel case, it served as a mighty blow to his career. The 58-year-old actor was labeled an abuser by the tabloid. In response to the verdict, Depp’s lawyers claimed that Depp didn’t get a ‘fair trial’  and stated,

“The judgment is so flawed that it would be ridiculous for Mr. Depp not to appeal this decision.”

Allegedly, Heard’s side also hired private investigators to dig up some dirt on Johnny  Depp so that they could benefit from it, but it turns out that the PIs couldn’t find anything.

No wonder the private investigator Heards side hired could not dig up dirt on Johnny Depp. He could not find one person speaking bad about Depp. It is only the media who has an agenda and helps Heard with her lies. https://t.co/AINebfVyQf

During the judgment of the Sun libel case, the Judge mentioned that the accusations made by Heard of Depp being abusive have “had a negative effect on her career as an actor and activist.”

All in all, this might be true that it all hurt her career, but surely she isn’t the one who has lost her gigs like Johnny Depp. The 58-year-old ‘Captain Jack Sparrow’ will no longer be a part of the Pirates of the Caribbean franchise due to the clouds of controversy surrounding him.

He also lost his spot in the Fantastic Beasts franchise of Warner Bros. On the other hand, Amber Heard plays her role in the Aquaman movies and has not lost any of her gigs despite being a part of this catastrophe.

This has caused a great uproar on social media, and fans of Johnny Depp have come forward to show their support. Many of the fans took to the micro-blogging site to share their views and to criticize the actions against Depp:

Boycott Warner Brothers and Disney. Do not watch any movies without Johnny Depp. https://t.co/Gy1ECSLyo2

Fans are the backbone for every entertainer, and Johnny Depp obviously has millions of them worldwide. Ever since the legal battle between the former lovers came out in public, Depp’s fans have been on his side to support him. When things started to get bad for Depp, the hashtag ‘#justiceforjohnnydepp‘ started trending on Twitter and Facebook.

Numerous accounts with this hashtag as handle name have also been made to raise a voice against Depp’s happening. People even went outside the Warner Bros Studios with banners/standees in support of Johnny Depp.

#JusticeForJohnnyDepp back at it again at @wbpictures Leavesden! pic.twitter.com/o7AEXGMV4v

The hashtag ‘#JusticeForJohnnyDepp‘ became a top trend with more than 10k tweets in a few minutes.

A Youtuber with the channel name ‘UnBoxPHD’ took a poster to protest outside the Warner Bros. studios. The poster has a large image of Amber Heard and Johnny Depp, with “Employed” under Heard’s face and “Fired” under Depp’s.

He recorded the scenes when Warner Bros. employees and the public passed, and they saw the poster. He also asked them if they agreed to it or not. UnBoxPHD has made numerous videos for #JusticeForJohnnyDepp.