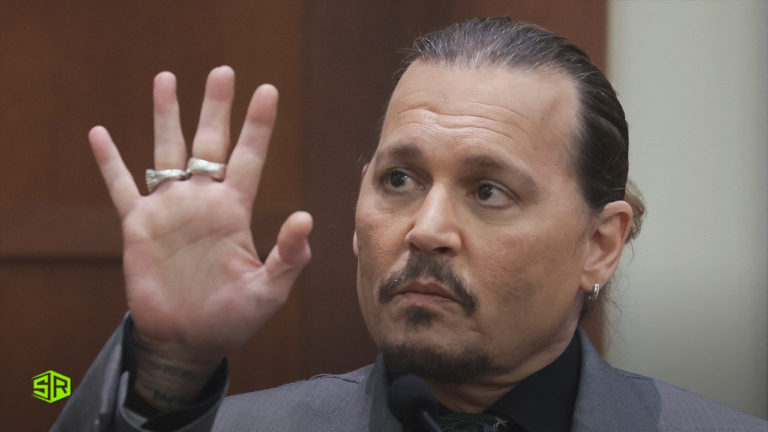 On Monday, Johnny Depp concluded his evidence in his $50 million defamation trial against Amber Heard by declaring that he, not she, is the victim of domestic abuse.

“Yes,” the actor said when his lawyer questioned if he was a “victim of domestic violence.”

After many days of cross-examination in which Heard’s counsel bombarded the jury with texts and recordings of the actor using abusive language and having emotional outbursts, the Pirates of the Caribbean star and his attorneys attempted to recover the narrative.

Mr. Depp has testified that he never hit Ms. Heard or any other woman and that she was the aggressor in the relationship, criticizing him with derogatory words that evolved into physical aggression. Ms. Heard has stated that she only hit Mr. Depp in self-defense or in the protection of her sister.

“Never did I myself reach the point of striking Ms. Heard in any way, nor have I ever struck any woman in my life,” he stated under an oath.

In response to Heard’s abuse charges, Depp stated, “Since I knew there was no truth to it whatsoever, I felt it my responsibility to stand up not only for myself in that instance but stand up for my children, who at the time were 14 and 16.” Depp has two children: daughter Lily-Rose, 22, and son Jack, 20.

In a reversal, Depp has stated that Heard stymied practically every good move in his life from the time they were married until their 2016 divorce. While Depp confessed this week that Heard was crucial in his 2015 drug rehab, he also cast Heard as a possible trigger for a relapse.

Depp stated that if Heard did not leave their Los Angeles home and check into a bungalow at the Beverly Hills Hotel for a few days, “I would have gone straight back to the pills.” Heard, as requested, went to the motel.

“That’s not me, that’s not who I have ever been,” In one of his few brief moments, Depp summarised the long-expressed charges that he had been physically violent to Heard.

The majority of the actor’s final day of evidence was the legal equivalent of an Etch A Sketch in connection to the rather ugly image provided by Heard’s defense team. Depp answered this on Monday, while he was asked about accusations that he vomited while sleeping in bed. Depp admitting to throwing up as a result of the anxiety of his relationship with Heard.

When questioned by his lawyer, Jessica Meyers, how he felt in the final days of the couple’s marriage, Depp stated that he was “being nailed in one stop and not being able to do anything but react to her screaming like a Banshee and then telling me to calm down.” Heard was weeping in one clip and informed Depp that he is “so f*cking cruel” and a “bully.” “You’re killing me,” Heard exclaimed at one point as Depp had an attendant remove his then-wife.

Depp informed the court of the breakup.

I was broken, really at the end, couldn’t take it anymore,

In a taped discussion presented for the court in mid-2016, the couple was heard fighting over why their marriage failed and her accusations of abuse. “The abuse thing we gotta deal with that,” Depp stated at one point in the recording after the claims were made public “You forced me to by going on the offense”.

Heard, like Depp, will testify during the trial. The actress is likely to testify in the next week or two, having countersued for $100 million in the summer of 2020. Previously, Johnny Depp wanted Amber Heard sanctioned after Dismissal Attempt when their fight got massive ugly.

When Johnny Depp read Amber Heard’s op-ed before being dismissed from ‘Pirates,’ he felt “blinding hurt.”

“Even if I had done an interview to try to explain myself, it turned into a hit piece,” Mr. Depp told the court on Monday that he had been pulled from the Pirates of the Caribbean series, “two or three days after this op-ed appeared”.

Captain Jack Sparrow was a character that I had built from the ground up,

Mr. Depp said that he poured a lot of himself into the character.

On Monday morning, a lengthy cross-examination of Johnny Depp in his $50 million defamation trial against Amber Heard finished, with the actress’s counsel concentrating on a succession of the actor’s aggressive statements in texts as well as recordings of their disputes.

Depp became angry as attorney Benjamin Rottenborn read aloud a succession of unpleasant stories written about him prior to December 2018, when Heard authored a Washington Post op-ed in which she defined herself as a “public figure representing domestic abuse.” Rottenborn was seeking to demonstrate that the actor’s reputation had already been harmed prior to the publication of the Washington Post story.

Despite multiple protests from Depp’s side, Rottenborn sought to run over what has been Heard’s team’s core argument: that the Washington Post op-ed, which does not identify Depp, also does not include any allegations of his alleged domestic abuse. Depp didn’t try to get the restraining order removed in 2016, nor did he try to clear his name in a divorce trial, according to Heard’s counsel.

“There were no charges pressed against me,” Depp stated.

He stated that he took action in response to the Post op-ed because “it was the only time I was able to speak and use my own voice.”

This was Depp’s fourth day on the stand in the Fairfax, Virginia, trial.

Several celebrities have spoken out about Johnny Depp and Amber Heard’s ongoing defamation trial, with numerous stars backing the former. You might also be interested in reading Johnny Depp ‘Did Not Receive a Fair Trial.

Heard has accused Depp of abuse and physical aggression throughout their relationship, which began in 2009 and ended in 2016.

Penelope Cruz and Vanessa Paradis, among other celebrities, have testified in Depp’s defense.

We were Johnny Depp’s friends for fourteen years and raised two beautiful children together. He is a generous, attentive, kind and non-violent man. I know the allegations Amber Heard made publicly. This is nothing like the Johnny I know. He was never violent or abusive to me.

I was always impressed by his kindness, his brilliant mind, his talent and his sense of humour. I’ve seen Johnny in different situations and he’s always kind to everyone. He’s one of the most generous people I know. I recorded ‘Pirates of the Caribbean’ during my pregnancy, my husband and I will never forget their sweetness, protection and kindness in that time.

Based on our understanding of the circumstances, the filmmakers and I are not only comfortable keeping our actors, but also happy to have Johnny playing one of our characters.

I think my destiny is so tied to Johnny’s, I’ll go wherever he goes if he needs it.

I’ve known Johnny Depp for years and in different relationships. He is the sweetest, kindest, most gentlemanly man I have ever met.

Is it weird that this trial actually makes me love Johnny Depp as a person even more? Dude is low key hilarious. #JohnnyDeppVsAmberHeard

Johnny Depp choking up on the stand: 'I built the character of Captain Jack Sparrow from the ground up, I added so much of myself to it…and Disney declared me guilty until proven innocent'

Although in this ongoing drama and domestic abuse claim Johnny Depp Returns To The Big Screen in the 2021 movie “Minamata”.