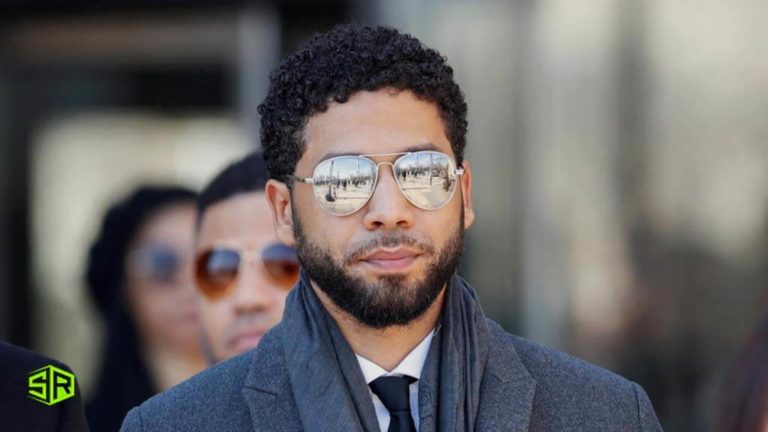 The state rested its case in Jussie Smollett’s trial on Thursday, following key testimony from two brothers who claimed the former “Empire” actor plotted and paid for a racist and anti-gay attack on himself in downtown Chicago.

Earlier in the day, Smollett’s lawyer attempted to discredit the brothers’ accounts, claiming they attacked Smollett because they didn’t like him and offered him $1 million each to testify that he staged the assault.

According to defense attorney Shay Allen, the brothers were motivated to accuse Smollett of staging the hoax because they disliked the performer — who is gay and Black — and saw an opportunity to make more money.

On Nov. 29, 2021, Jussie Smollett arrived at the Leighton Courts Building in Chicago for the start of jury selection in his trial. Smollett was accused of lying to police when he reported in 2019 that two masked men physically and verbally assaulted him while yelling racist and anti-gay slurs near his Chicago home.

Here’s the most recent news from the courtroom:

Tensions in the Jussie Smollett trial are at an all-time high this afternoon. After the defense claimed they were unable to adequately cross-examine one of the brothers involved in the January 2019 incident, the judge denied a motion for a mistrial.

Defense attorneys are questioning Bola Osundairo. On the stand, he is questioned about his early acting career and how he came to work for Empire. The case is now being cross-examined.

Osundairo testified for more than four hours, discussing his and Smollett’s friendship and how Smollett approached him in January 2019 and allegedly asked for a favor — to “fake beat [Smollett] up” and use an anti-gay slur and racial slurs.

“I agreed to do it, because more importantly, I felt indebted to Jussie… I also believed he could help further my acting career,” said Osundairo.

The pair then drove to the Osundairo family’s North Side home, where they were joined by Osundairo’s brother, Olabinjo Osundairo.

According to Abimbola Osundairo, Smollett handed them a $100 bill for supplies and told them to stage a fight, tie a noose around Smollett’s neck, pour gasoline on him, and flee as the actor fought back.

Abimbola Osundairo testified that two days before the Jan. 29, 2019, incident, the three rehearsed the fake attack, which Smollett said he wanted to be captured by a nearby surveillance camera “for [the] media.”

Smollett gave the brothers a $3,500 check, which Abimbola Osundairo believes was payment for a food and exercise plan he provided the actor, as well as their assistance with the staged attack.

On Wednesday, December 1, 2021, actor Jussie Smollett, center, arrived at the Leighton Criminal Courthouse in Chicago with his mother Janet, left, and other family members for day three of his trial. Smollett was accused of lying to police nearly three years ago when he reported being the victim of a racist, anti-gay attack in downtown Chicago.

CPD Detective Robert Graves, Murray’s partner, was called to the stand as the state’s fifth witness.

Graves described the two interviews they conducted with Smollett, one at the hospital and the other in an unmarked police car as they drove around the scene of the incident.

During direct examination, special prosecutor Sean Wieber questioned Graves about his re-interview of Smollett on February 14, while the Osundairo brothers were taken into custody at a different location. Graves explained that he was called in on his day off to conduct the interview because his supervisors thought it would make him feel more at ease.

Graves testified that there were inconsistencies during Smollett’s reinterview, specifically regarding the race of the attacker he saw.

Graves stated that he did not inform Smollett of the brothers’ arrest during the Feb. 14 re-interview, but that Smollett became aware of it while being questioned.

Graves claimed that Smollett stated that the attackers could not have been the brothers because they were “as Black as sin.” Graves testified that Smollett told him he’d cooperate and help find the people who attacked him and that he’d sign a criminal complaint against the brothers for the attack, but he never did.

During a lunch break in the trial of actor Jussie Smollett, Abimbola “Able” Osundairo walks through the lobby of the Leighton Criminal Courthouse courtroom on Wednesday, Dec. 1, 2021, in Chicago. Osundairo is expected to testify in the trial of Smollett, who is accused of lying to police about being the victim of a racist, anti-gay attack in Chicago nearly three years ago.

Graves also testified that Smollett eventually provided redacted cell phone records and that he later discovered that some of the calls were between Smollett and Abimbola Osundairo.

In a cross-examination of Graves, lead defense attorney Nenye Uche pressed Graves on how many celebrity victims he had ever encountered, referring to Smollett’s particular desire for privacy due to his status. Graves stated that he had no idea.

Uche also questioned Graves’ reports and testimony, claiming that he did not record Smollett’s comments as he testified, that he did not say the attackers “acted white,” but instead wrote that Smollett “now believes [the attacker] was white due to comments made.”

Uche also asked Graves if Smollett was the detective on his own investigation because Graves didn’t ask if he had spoken to Bola in the hour before the attack, nor if Smollett had been with the brothers in the days before. Uche pointed out that just because they’re friends isn’t particularly noteworthy.

Graves confirmed in a re-direct that he had worked about 45 hours straight in the two-plus days he had worked on the case, supposedly to prove why there might have been slips in his reports.

At the end of direct examination, Wieber asked Graves how many victims he had encountered in his 30 years of law enforcement who refused to provide a cell phone and medical records when asked. He stood up and pointed to Smollett in the courtroom, saying “one.”

One of the Osundairo brothers, accompanied by his attorney, has arrived at the Cook County Courthouse. Abimbola Osundairo, one of two brothers who claimed they assisted Smollett in staging the hoax, testifies.

Smollett, according to Osundairo, trusted him so much that he asked him to buy drugs for him, including marijuana and “mollies.”

He stated that he never expected to be paid. He testified that Smollett was nice to him and that they often hung out together. “I’d call him my brother,” he stated.

He explained that because there wasn’t much work as an extra or a stand-in, the Osundairo brothers formed a group with friends called “Team Able.” They created diet and fitness plans for people. On social media, they also performed fitness routines and stunts.

Bola Osundairo stated that he did devise a strategy for Smollett.

After the prosecution finished questioning Bola Osundairo, the judge sent the jury home for the day following dinner, stating that cross-examination by the defense will begin the day on Thursday at 9:15 a.m.

Murray testified that she was assigned to the case in the early hours following the attack and that she and her partner, Detective Robert Graves, went to the staircase where the attack took place before meeting Smollett at Northwestern Hospital. She testified that she spent about 50 minutes with him in between doctors treating him that morning.

She also testified that Smollett told her about the hate mail and a phone call he received a few days earlier from a blocked number from someone making similar hateful remarks.

Heather Widell, representing the defense, began cross-examining Murray. Questioning focused on the fact that, despite Smollett’s efforts to keep the incident private, employees at Northwestern Hospital were suspended for attempting to look up his medical records, and that the Chicago Police Department had leaked information about the case. Before she could finish her questions, she was interrupted by objections. Soon after, the witness was excused.

Defense attorneys cross-examined Theis, claiming that the investigation ignored certain facts and witnesses in order to fit their narrative. They are also attempting to defame the Osandairo brothers, who are scheduled to testify later this week.

Following lunch, Judge Linn reminds the attorneys of their agreement not to speak to the media until the trial is completed and a verdict is reached. An activist who came to the lobby to speak to reporters on Smollett’s behalf made the reminder necessary. She was accompanied by a member of his public relations team. “No one is going to infect this trial,” said Judge Linn.

On February 24, 2020, Olabinjo Osundairo, left, and Abimbola Osundairo arrive at the Leighton Criminal Courthouse in Chicago. According to the brothers, actor Jussie Smollett hired them to stage an attack on him.

Det. Theis testified that video, cell phone, GPS, and other evidence all pointed to Jussie Smollett and the Osandairo brothers conspiring to stage a hate crime in Streeterville on January 29. Det. Theis will be cross-examined next.

Det. Michael Theis testified that after 24 to 26 investigators spent more than 3,000 man-hours looking into the case, “at the end of the investigation, we determined that the alleged hate crime was a staged event and it never happened.”

Det. Michael Theis, the lead investigator in the Smollett case, is the first witness called by the prosecution in the Smollett trial. When asked if there had been a “rush to judgment,” Theis responded, “absolutely not.”

The defense claimed that the brothers lied about Smollett staging the attack in order to avoid prosecution for possessing the firearms and heroin found in the home.

Abimbola Osundairo, an aspiring actor, said he and his brother agreed to take part in the phony attack because he was grateful to Smollett for his assistance with his acting career.