Kanye West, Harry Styles and Billie Eilish are All in for Coachella 2022: Announced 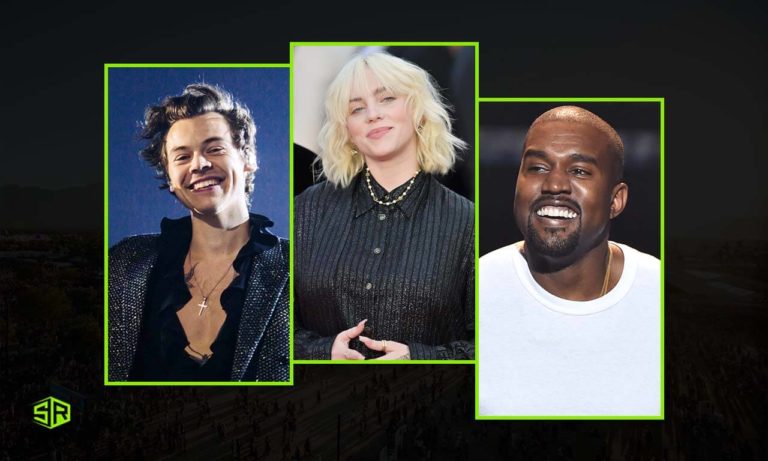 After two COVID-hit years of rescheduling and cancellations due to the pandemic, Billboard has officially confirmed Coachella Valley Music and Arts Festival’s 2022 and announced the lineup that includes Billie Eilish, Harry Styles, Swedish House Mafia, and Ye (formerly known as Kanye West).

Coachella 2020 edition was originally set for April and later rescheduled to October due to the COVID-19 spread before being canceled completely. As the virus continued to sweep across the world, the 2021 event was also canceled.

However, Coachella 2022 is now scheduled for April 15-17 and April 22-24. The Empire Polo Grounds in Indio, California will host the event.

Styles, 27, will be performing for the first time, which sources speculate may release a new record before the performance.

The announcement made on Wednesday revealed the fully stacked lineup for the event with a plethora of big names filling the spots at the weekend-long event, with the same lineup performing two weekends during April. The official announcement also settled the news from last week that Eilish and West would be the headliners of the event, but now Harry Styles is also reportedly joining them.

The news surfaces nearly after two years of the 2020 recapitulation, which was planned to be headlined by Frank Ocean, Rage Against the Machine, and Travis Scott. The event was deferred numerous times amid the pandemic. Billboard had earlier announced that Scott and Rage Against the Machine will no longer lead the 2022 Coachella lineup.

Scott has faced a $2 Billion Lawsuit and was dropped from the group following the tragic incident at his Astroworld festival in Houston on November 5, claiming the lives of 10 attendees. And in August, it was confirmed that Ocean would instead headline the 2023 edition of the festival.

Kanye West headlined the Coachella 2011 event. While Eilish had a groundbreaking performance at the 2019 edition of the festival in 2019 and now at 20 years of age, she is the youngest singer to top the Coachella bill. SHM had also performed at Coachella in 2012.

Day one of both scheduled weekends will be headlined by Harry Styles with other appearances from Daniel Ceasar, Lil Baby, Phoebe Bridgers, Baby Keem, Big Sean, and several other stars.

Kanye West aka Ye will be closing out both weekends accompanied by Joji, Doja Cat, Run the Jewels, Jamie XX, Karol G, and several other artists. The official lineup shared on the official Coachella account is as under:

Presale for Weekend 2 starts Friday 1/14 at 10am PT. Weekend 1 is sold out. Register now at https://t.co/qujCsdCWkp pic.twitter.com/cEp5iNJY9M

The officially revealed new poster announces that the Swedish House Mafia will be “returning to the desert”, but the schedule of their performance is kept secret.

Coachella is North America’s biggest music festival and has sold all of its 125,000 per-day tickets in advance. The staggering number of more than 100,000 people moving to and gathering at a single site produces immense possibilities for virus transmission.

The 2022 edition of the festival also raised controversy when it took a U-turn from its previous required vaccination rule in favor of proof of a negative test within 72 hours of the event, although the contention was due more to the inquisitively clandestine announcement made through the festival’s official Instagram story than the change itself. Sources revealed to Variety that the move was green-lit more for the country-themed Stagecoach festival, which is also managed by Goldenvoice and is scheduled for the weekend after Coachella.

Despite the event dealt blows in the past couple of years due to pandemics and an ongoing surge of Omicron variant, fans have already booked places for the much-anticipated music festival. And if you are planning to join the event, we urge you to get vaccinated, if you haven’t already, and take all the necessary precautionary measures while attending the festival. We wish you an amazing yet safe outing at Coachella 2022.

Billie Eilish and others join to raise awareness on Global Climate