Kate Winslet Reveals that She Keeps her Oscar in her Bathroom 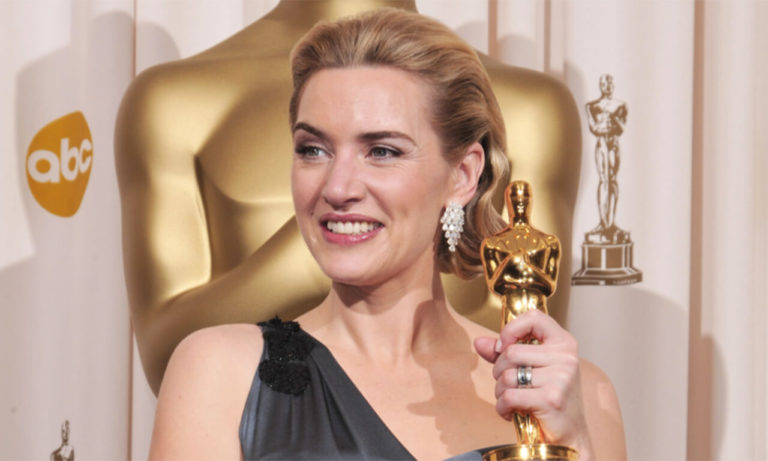 Ever thought about where would you keep your ‘Oscar’, if you had one? Well, Kate Winslet keeps hers in her bathroom!

Everyone has their own preferences, and it’s their ‘Oscar’, so they can keep it wherever they wish to. Nevertheless, keeping it in the bathroom sounds a little out of the ordinary. Usually, people showcase their awards in their drawing rooms and even their bedrooms but this is something unorthodox.

During an interview with the WSJ Magazine, the 45-year old actress put forward a cogent argument about her choice of place for her award,

“The whole point is for everybody to pick it up and go, ‘I’d like to thank my son and my dad’—and you can always tell when someone has because they’re in there a little bit longer after they flushed,” She said. “They’ll come out looking slightly pink-cheeked. It’s hysterical.”

She even spoke about it in the Graham Norton show, here’s the video:

In simple terms, she gives people a chance to see the award and fantasize how they would feel if they received it. After all, when you’re in the bathroom, your imagination is unbounded.

After six Oscar nominations, Kate Winslet finally won her first Oscar in 2009 for Best Actress, for her role in the movie ‘The Reader’. She was also nominated for her role in Aaron Sorkin and Danny Boyle’s ‘Steve Jobs’ which released in 2015.

So far she has seven Oscar nominations and she has only bagged one Oscar from them. It will surely be interesting to see where she keeps her next Oscar award if she wins it again.