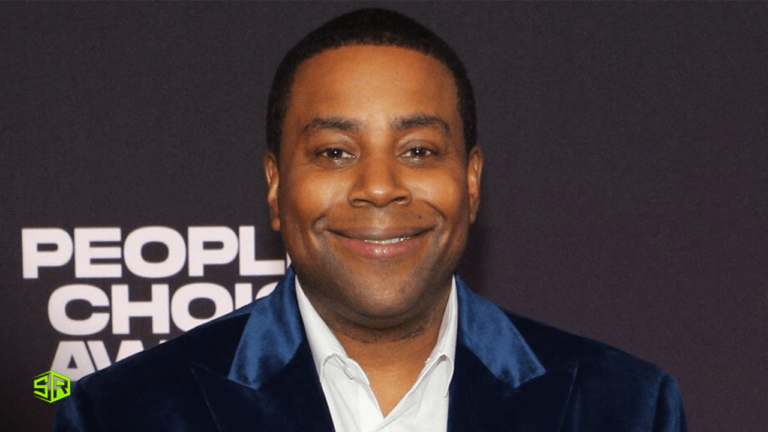 The pressure of entertaining an audience in one of the largest venues on the West Coast cannot dim Kenan Thompson’s shine.

Thompson, 43, is preparing to host the People’s Choice Awards for the first time in his career, and he expects the event to be “one big party.” The show will honor the best in entertainment and pop culture with an in-person audience at the Barker Hangar in Santa Monica, California (on NBC and E! Tuesday at 9 p.m. EST/ 6 p.m. PST).

“You need a lot of energy to fill up an airport hangar, I’m thinking,”.Thompson says of the venue. “I really think the people are going to do that. Just having an audience is just going to help all that energy lift itself up throughout the night.”

Hollywood and the entertainment industry have a way of capturing the public’s attention — from actors to singers and social media influencers; there are so many public figures who live in people’s hearts and good wishes. As a result, the best way to recognize their abilities is through awards, which gave birth to the People’s Choice Awards.

“We got a live band with us tonight, so I’m real excited about all the music tonight,” Kenan continued, noting that while he won’t be performing, the band is “getting the party started, that’s for sure.”

After all, he has a lot to be happy about. In addition to being the emcee of the People’s Choice Awards in 2021, Kenan recently announced the formation of Artists for Artists, a production company.

“We got a production company up and running that’ll allow for me to develop talent and fulfill my NBC priorities and stuff like that, so bringing talent to them and starting some projects there along with my show and SNL and everything else,” Kenan explained. “It’s been a big day.”

In a full-circle moment, Kenan stated that if his childhood self could see him now, he would simply say, “Congratulations, homie. Up top.”

“That’s exactly what he would say,” Kenan continued. “I hope he would be proud. It’s been a long road but there’s still a long road to come, but I’m just looking forward to it day by day and trying to stay in the moment.”

“I’m just looking forward to hosting the show and getting everything rolling,” he added. “Shout out to the people! Shout out to the People’s Choice, let’s get it cracking!”

Taylor Swift, Obama, and Many Others Lead Tributes in Star-studded Rock Hall of Fame ceremony 2021

There are many big names carrying nominations in over 40 categories spanning TV, movies, music, and more.

Justin Bieber has received the most nominations this year, with ten, including male artist of 2021 and song of 2021 for “Peaches.” Among the nominees for the best movie of 2021 are “Shang-Chi and the Legend of the Ten Rings” and “Dune,” respectively. “This is Us,” an NBC drama series, has been nominated five times, and the nominations include the best show of 2021 and the best drama show of 2021.

Thompson, in addition to being the host, is nominated in two categories: best comedy TV star and best male TV star.

“When it rains it pours: My first time ever going there, and I’m hosting and I’m nominated twice and then also two more times with my involvement in ‘SNL,’ “ says Thompson, the longest-running “Saturday Night Live” cast member. “It’s going to be a good night for me even if I stumble every word.”

Watch the People’s Choice Awards in 2021 to see more of Kenan!