Late Chadwick Boseman – Final Performance In The Second Episode ‘What If…?’ And Sequel To Honour His Legacy 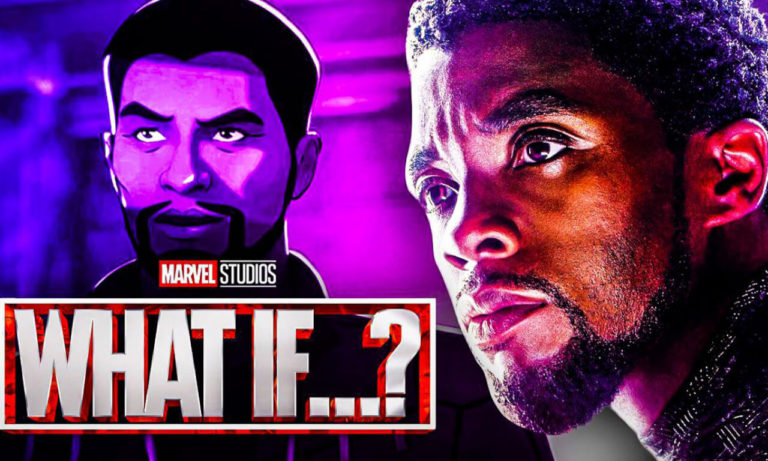 Boseman Final Performance “What If…?”

What If…? would present the major Marvel Cinematic Universe through a new perspective, with superheroes speaking their anime counterparts. It will be the final appearance of actor Chadwick Boseman, who performed Black Panther in the Marvel Cinematic Universe and died last year from colon cancer. If you want to watch the first episode of What If…?, we’ve compiled an easy guide: How to Watch What If…? on Disney Plus from Anywhere!

In the second episode of Marvel Studios’ first animated series, What If…?, the late Chadwick Boseman is known for his role as T’Challa in an entirely other cosmos. What If…?, written by A.C. Bradley and directed by Bryan Andrews, investigates the history of the Marvel Universe had one decision or moment gone differently, and then in Boseman’s showcase episode, Yondu (Michael Rooker) accidentally abducts T’Challa instead of Peter Quill. Considering that both characters were approximately the same age, Bradley and her team decided that Yondu’s gaffe would be the ideal starting point for exploring what T’Challa’s version of Star-Lord might look like in space.

There’s no doubt that many people will be affected by Chadwick Boseman’s farewell performance in the MCU. However, fans are hopeful that the T’Challa Star-Lord will live up to the anticipation, and there is a potential that the character may appear at least once more before the first season of the show concludes.

Andrews tells The Hollywood Reporter that,“[Chadwick] really enjoyed the idea of being able to play this slightly different version of T’Challa, The events are so extremely different, but the galaxy doesn’t change T’Challa; T’Challa changes the galaxy. There are a few more times where he pops up briefly in a couple other episodes, so we were able to record with him a little bit during the pandemic. Those records were over Zoom calls, and in the last record, when we were done, I, selfishly, was able to tell him how much I personally thought of him… He touched his heart and he was very thankful, but we had no idea he was going through what he was going through.”

Bradley also comments on her personal experiences working with Boseman, who passed in August 2020 of colon cancer.

“I have the sad honor of writing some of his last lines in the MCU. I obviously did not know that when I was writing them,” Bradley recalls. “Chadwick Boseman understood the importance of Black Panther. He understood how important it is that young people see a Black man standing shoulder to shoulder with Captain America and Thor Odinson, so that they know a Black man saves the world just the same as anyone else. He came in to record, and I joked that he didn’t bring his A-game; he brought every damn sport there is. He made sure that this was going to be the episode that shined, but we did not realize why. And the world is a little sadder for it. “

Bryan Andrews, director of What If…?, said that Chadwick Boseman collaborated with him on the film. Furthermore, at the global press conference, he added “It was amazing to work with him. We only got a small moment because the episode was so short. Everyone was able to enjoy his presence. I think that he was even one of the first actors to sign on for the voice cast. I remember we were all so excited because we wanted to work with Chadwick and we all loved ‘Black Panther’.”

Bryan stated that Boseman was the first actor to accept to voice the anime character while recalling their time together in the studios, he added, “He is theatrically trained. Sometimes actors just want to hit the line and move on to the next one. But Chadwick wanted to do his part as a scene and build it up like a play. It was so much fun to do that because we got to read lines and do a performance with Chadwick Boseman.”

Bryan Andrews further added, “None of us knew what he was going through at the time. Of course, he came and brought it on. He was excited to play this version of T’Challa because it was different and for him to play a King without a mantle. He was so excited to bring this new version of the character and give it to the audience.”

“We were blessed to have him in the show,” He came to a conclusion. That would have made a lot of people emotional all across the world.

ICYMI: #WhatIf…? director #BryanAndrews explains how the late #ChadwickBoseman didn’t just read his lines but performed them like he was in a play. / #MarvelStudios #DisneyPlus #BlackPanther #GOTG #StarLord https://t.co/nKwVUObPKe

According to Boseman’s family, he was diagnosed with colon cancer four years ago.

“A true fighter, Chadwick persevered through it all, and brought you many of the films you have come to love so much,” his family said. “From Marshall to Da 5 Bloods, August Wilson’s Ma Rainey’s Black Bottom and several more – all were filmed during and between countless surgeries and chemotherapy. It was the honor of his career to bring King T’Challa to life in Black Panther.”

Boseman had remained silent about his diagnosis. He was survived by his wife and a parent, although he had no children, according to Fioravante.

“We know what it’s like to be told there isn’t a screen for you to be featured on, a stage for you to be featured on. … We know what’s like to be beneath and not above. And that is what we went to work with every day,” said Boseman. “We knew that we could create a world that exemplified a world we wanted to see. We knew that we had something to give.”

Marvel’s What If…? voice cast:

Rather than risking ruining their winning formula by recasting, Marvel Studios is introducing the vast majority of its key talents to voice their individual roles in the What If…? lineup.

Revealed during Marvel’s upcoming Phase Four Comic-Con show in summer 2019, check out the list below to see who’s engaged in the event.

The series was planned before Chadwick Boseman’s sad death, but producer Kevin Feige has confirmed that the actor filmed “many episodes” which will now be broadcast posthumously (via Emmy Magazine).

Marvel’s What If…? release schedule

On Wednesday, August 11, 2021, Marvel’s What If…? debuted its first episode on Disney Plus.

What If…?, like all other Marvel shows on Disney Plus, will have a weekly release schedule, with new episodes appearing every Wednesday for the next two months.

Here is the schedule for the next episodes, so you never miss one.

It’s been revealed that the sequel would honour Chadwick Boseman’s legacy by not recasting the character otif T’Challa. Fortunately, there are no plans to introduce a “digital double” in the sequel.

“There’s only one Chadwick and he’s not with us,” added Marvel Studios’ EVP Victoria Alonso. “Our king, unfortunately, has died in real life, not just in fiction, and we are taking a little time to see how we return to history and what we do to honour this chapter of what has happened to us that was so unexpected, so painful, so terrible, really.”

Kevin Feige said: “So much of the comics and that first movie in the world of Wakanda. Wakanda is a place to further explore with characters and different subcultures. This was always and initially the primary focus of the next story. We’re not going to have a CG Chadwick and we’re not recasting T’Challa.”

Before Boseman’s tragic death, the sequel was scheduled to be released on May 6, 2022, but it has now been pushed back until July 8, 2022.

According to The Hollywood Reporter, production on the sequel will begin in Atlanta in July 2021 and will last up to six months. This was reported before the release date delay, so it’s unclear whether that is still the case.