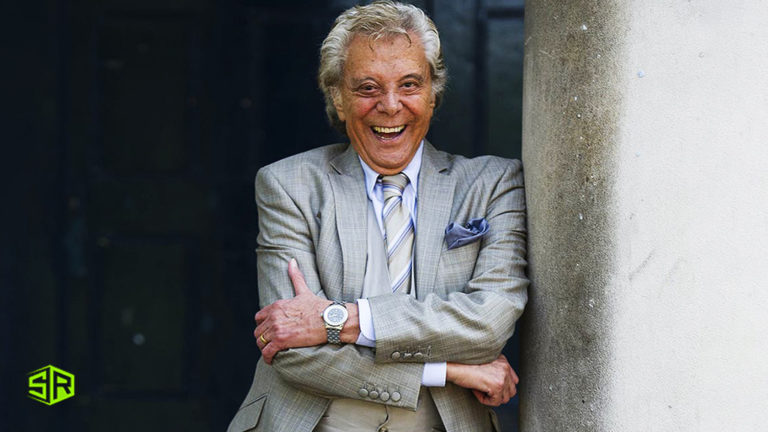 After a decades-long career on stage and screen, Lionel Blair, an entertainer, choreographer, and dancer, died at the age of 92. According to his agent, he was surrounded by his family.

Blair, a member of the old school of variety shows who could do practically anything, had been a mainstay of show business for decades.

He was a well-known personality on British television in the second half of the twentieth century as an actor, tap dancer, presenter, and choreographer, best known for his role as captain of the men’s team on the quiz show Give Us a Clue.

He has appeared on shows such as Celebrity Big Brother and The Real Marigold Hotel in recent years.

As word of Blair’s death spread, tributes poured in from the entertainment and media sectors.

Just heard that Lionel Blair has died. Only worked with him once – But what a bloody nice bloke – And what a career. You don’t have longevity like that by being nasty and talentless. He was one of the best. Never heard a bad word said about him. pic.twitter.com/j9qjHwJOeN

Actor Bonnie Langford tweeted a picture of herself dancing with Blair, adding: “Dear Lionel. Privileged to have been your dance partner.”

“So sad for his family and for our business. A total one off. RIP lovely man,” he tweeted.

Blair was never open about his exact age, memorably declaring on one occasion, “I am 59 plus VAT.”

Blair was born Henry Lionel Ogus in Canada and moved to the United Kingdom when he was two years old.

He was born and raised in the Stamford Hill neighbourhood of north London and was evacuated to Oxford with his sister Joyce and mother Deborah when World War II broke out.

After seeing a German plane crash, the family returned to London. The event prompted his father, Myer, to call them back to the capital.

“If that can happen there, what’s the point of being in the country away from each other?” Blair said his father told him.

At the movies, young Blair received a taste of show business by watching Fred Astaire, Ginger Rogers, and Shirley Temple.

Blair was 13 when his father died after going in for surgery. “It changed everything,” Blair said. “It was the first time I’d ever thought, I am never going to see him again. It was so awful and I don’t think I’ve ever experienced a loss like it.”

Following his father’s death, the artist stated he had to grow up “artificially quick.”

He had parts in Lady Be Good, Mr Cinders, and Pageant in the West End, where he played the Child Catcher in Chitty Chitty Bang Bang at the London Palladium.

Blair chose the musician for an episode of Great Lives on BBC Radio Four in 2010 after he and the artist became friends.

Blair also worked as a choreographer in the Beatles’ film A Hard Day’s Night. He is most known for being the leader of the men’s team on the ITV game show Give Us a Clue.

In 2011, he returned to the role in a Comic Relief special, and in 2014, he appeared on Celebrity Big Brother. He stayed in the home for 15 days, finishing third behind boxer Evander Holyfield and model Jasmine Waltz.

In March of 1967, Blair married Susan. He once claimed that memories are the key to a happy marriage.

The untimely passing of Lionel Blair has indeed saddened many hearts. He has left the world but the way he entertained everyone will stay with us forever.