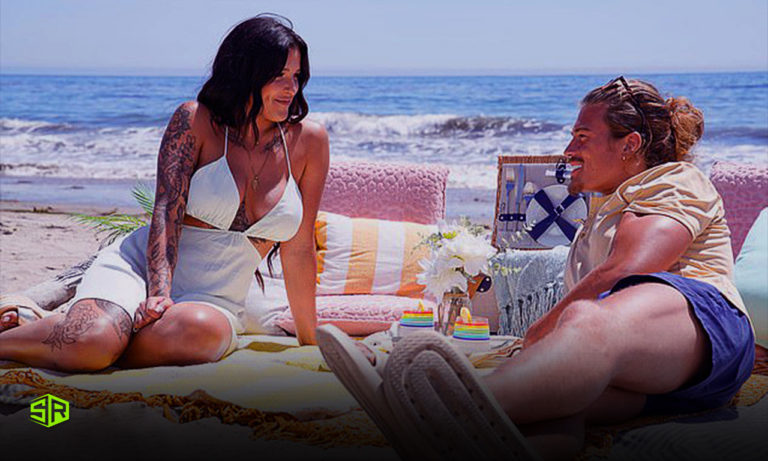 Valerie Bragg became the first islander to exit Love Island USA season 4 on Sunday’s episode after being dumped. Prior to that, she went on a one-on-one picnic beach date with Tyler Radziszewski.

Unfortunately, the date was only picturesque and not good enough to save Valerie:

Making the first date worth it! 💖 #LoveIslandUSA pic.twitter.com/ltfDdFuSiv

The 23-year-old brunette belonging to Costa Rica left the villa in Santa Barbara California, as Tyler, the 23-year-old ditched her for coupling up with Serenti Springs, 28 from Clovis California.

After Tyler made up his mind, Valerie received a text that said:

“You are now single and dumped from the island.”

The defining moment where Tyler chooses Sereniti and Valerie has to go:

After that Valerie packed her bags immediately and left the villa bidding everyone farewell.

Jesse Bray, the 27-year-old from Springfield, Ohio was nice enough to let Valerie know he was apologetic if she thought he lead her on while he was pursuing the 26-year-old Deborah from Dallas.

Jesse admitted, “It sucks to see her go home,” as he was coupled with Valerie instead of Deborah.

Deborah on the other hand was sympathetic to Valerie and she went her way and said that she respected Valerie for “being blunt and knowing what she wants.”

The rest of the islanders gave Valerie a round of applause as she left.

The recoupling is over and it's time to say goodbye. Send your 💖 to Valerie! #LoveIslandUSA pic.twitter.com/QONbtkDUpu

In a confessional, Valerie disclosed that it was saddening that her experience ended so soon but she was leaving with many friends and had grown a lot.

“I feel like a new woman. And I’m just excited to take everything that I learned in this experience to the outside world. I’m still looking for the one. I’m single, so boys don’t be scared to slide into my DMs.”

The sixth episode featured Valerie declaring that she was over Jesse after he said he was willing to go to Deborah if a recoupling happened.

Valerie was seen complaining to Deborah, “I’m real as f***. Don’t lie to me.”

When Deborah went to check up on Jesse he revealed that he was feeling relieved that Valerie was out of the picture as the two shared a kiss.

Meanwhile Deborah was elated, “Jesse finally decided who he wants more and he picked me. This is what I wanted and I’m very happy.”

Serenti told Sydney Paight that she was finding Tyler attractive and that it was looking like the feeling’s mutual for the two.

While Valerie was chatting with Tyler he told her that she was an “awesome girl” and a “catch.”

“You seem real genuine. Real. And you don’t put up with BS, which I love.”

When the islanders got ready for bed, they were shown a black-and-white surveillance footage in which Zeta Morrison and Timmy Pandolfi can be seen making out.

The following morning Tyler told the boys he had his eyes on Sereniti and Valerie.

Soon, Tyler received a text which told he was on two dates and he had to choose the first girl who’d be leaving the villa.

He chose Val to go on his first date and they enjoyed a picnic on the beach together.

Tyler picked Valerie for his first date. The two enjoyed a picnic on the beach and talked, but didn’t kiss.

Next Sereniti received a text so that she could get ready for her date with Tyler.

The 23-year-old Andy Voyen and Sydney talked to each other, where he admitted to her that things seemed a bit forced with him and the 26-year-old Mady McLanahan.

Andy and Sydney can be seen testing the waters with each other:

On the other hand, Sydney was coupled with Isaiah Campbell, however, in a confessional, she said she’d rather explore her relationship with Andy a bit more.

Tyler and Sereniti bonded on their beach date and shared with one another what they looked for in a relationship.

Later on, Tyler believed he was not able to connect with Valerie but with Serenti, “it was good.”

"Once you know, you know" 💖#LoveIslandUSA pic.twitter.com/DTUmKEQ5sY

Tyler received a text that he read out loud to the boys that they’ll be choosing who they’d like to couple with and the girl who’s left out would be dumped from the show.

Sydney said, “This is not fun. That just made it all so real. Someone is really going home tonight though.”

Timmy Picked Zeta to couple with, and Felipe chose Courtney.

Jesse decided to couple with Deborah, and Andy ended up choosing Sydney causing quite a stir.

Tyler found himself in a tight spot having to choose between Valerie and Sereniti and said it was an ‘extremely difficult decision,’ before giving into his heart’s desires and naming Sereniti to be the one he wanted to couple with.

As Valerie departed, two new islanders were shown arriving on the island. The 23-year-old Chazz Bryant, along with his sister, the 24-year-old, Bria Bryant.

Curious about the Love Island USA contestants and other details? Well, get all your queries answered right here.