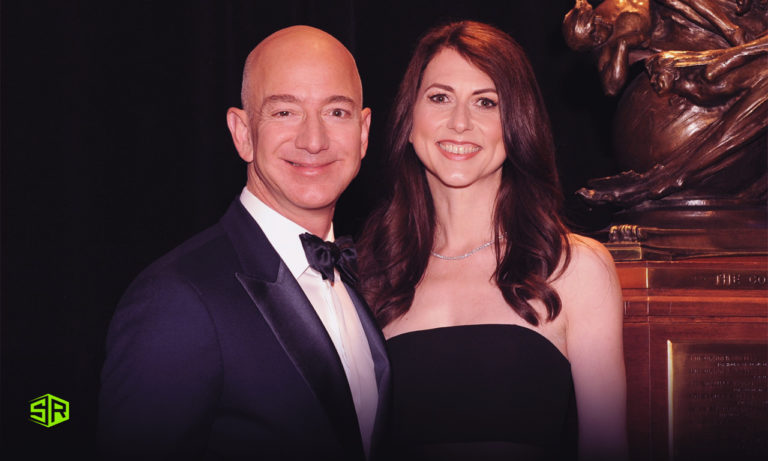 In 2019, MacKenzie Scott pledged to give away most of her wealth, an estimate says she has donated $12 billion to more than 1200 non-profit organizations.

The Traps writer and philanthropist revealed in March that she has donated more than $3.9 billion in the last nine months alone to hundreds of organizations. She has helped fund climate and educational causes, and also Ukraine relief efforts.

In a statement given by the Big Brothers Big Sisters of America on Tuesday, the organization said Scott donated $122 million.

Scott’s philanthropy acts have been unique so far not because of how much she’s donating in such a small period of time but because of the type of organizations she has hand-picked to donate to. That’s what Tyrone McKinley Freeman, an associate professor of philanthropic studies at the Indiana University Lilly Family School of Philanthropy had to say.

According to him, Scott’s donations come with no strings attached.

“She really is distinguishing herself as a giver because she’s giving away these large amounts of money to organizations that do not typically have access to these types of donors or these types of gifts.”

In March, Scott’s round of donations announcement included $436 million for Habitat Humanity, a home-building nonprofit organization. The donation is apparently the largest so far as per public knowledge by Scott and her husband Dan Jewett.

Planned Parenthood also announced in March that it has received a $275 million gift from Scott and that it has been the largest gift by any donor in the history of the organization.

In a blog post published on Medium, Scott stated:

“Our team’s focus over these last nine months has included some new areas, but as always our aim has been to support the needs of underrepresented people from groups of all kinds. The cause of equity has no sides.”

Scott’s bigger donations have surely received a lot of attention; however, the smaller groups consider the amount donated by her quite large as per their standards.

Scott donated $5 million to Migrant Clinicians Network which surpassed their annual budget according to Deliana Garcia, director of international projects and emerging issues of various organizations.

“This money is going to let us help migrants, immigrants, and refugees who come to this country, most of who are workers in low-wage, high-risk labor groups. Another portion of it is going to be directed to let us help health care providers who have committed their lives to care for folks like migrant farmworkers.”

Wounded Warrior Project received a donation of $15 million which was the largest individual gift the organization has gotten by far. It is a non-profit organization that aids veterans and service members who sustained an injury or illness on or after 9/11.

“We’re just very grateful and humbled to be part of a group of organizations that are focused on really removing obstacles. We particularly focus on removing obstacles for wounded veterans who have served our country and providing access to life-saving support and programs.”

The donation will help in funding mental health programs.

Tasha Brooker, senior vice president for external engagement said that the landmark $25 million donations to educational nonprofit City Year received from Scott will help in expanding its reach in schools all over the country.
“We could not do this work without the generosity of donors like MacKenzie Scott and others,” Booker said. “This is a transformative gift that will have a long term impact for years to come, particularly as we look to answer President Biden’s calls for more mentors and tutors in our public school system.”

In July 2020, Scott in her blog announced that she had handed out nearly $1.7 billion to 116 groups, including historically Black universities and colleges. In December same year, she donated an additional $4.2 billion to 384 diverse organizations.

Despite her multibillion-dollar donations, Forbes magazine estimates Scott’s net worth to be $31.5 billion.

In her blog posts, Scott has announced the total amount donated and listed the recipients, however, she didn’t disclose the amounts donated individually.

According to Scott, among the latest recipients, nearly 60% of the organizations are headed by women and 75% are headed by “people with lived experience in the regions they support and the issues they seek to address.”

“Communities with a habit of removing obstacles for different subsets of people tend to get better for everyone,” Scott wrote.

Here’s a list of organizations MacKenzie Scott has donated to so far:

Jonathan Reckford, CEO of Habitat for Humanity International, said in a statement:
“With this donation, Habitat is well-positioned to meaningfully advocate for the systemic and societal changes needed to improve equitable access to affordable housing.”

It's her biggest donation since she announced she was giving away most of her wealth.

The money will go to Habitat for Humanity International and 84 US affiliates. pic.twitter.com/ZoBFUGkRWm


Jim Clark, president, and CEO of Boys & Girls Clubs of America said in a statement:

“Thanks to this generous gift, Boys & Girls Clubs can continue to reach even more youth, as we guide millions of kids and teens on their journeys to great futures.”

HUGE NEWS! We are excited to announce a milestone $281 MILLION gift from @mackenziescott. With this generous gift, Boys & Girls Clubs can continue to reach even more youth, as we guide millions of kids & teens on their journeys to #greatfutures. Learn more https://t.co/klJGYv0AZS


Alexis McGill Johnson, president, and CEO of Planned Parenthood Federation of America said in a statement:
“We are incredibly grateful for Ms. Scott’s extraordinary philanthropic investment in Planned Parenthood, as a critical part of the public health infrastructure.”

Billionaire philanthropist MacKenzie Scott has donated $275 million to Planned Parenthood, the largest gift from a single donor in the organization's more than 100-year history.

Rey Saldaña, president and CEO of Communities In Schools, said in a statement:
“This unrestricted gift allows us to combat the inequities in public education and reimagine the way schools operate and show up for all students.”

Our days are too often filled with news about evil in this world. So, here's a story about MacKenzie Scott's donation of $133 million to Communities in Schools, which provides academic/support services at 2,900 high-poverty schools across the nation to help students succeed. https://t.co/0tk6y4xhla


Artis Stevens, president, and CEO of Big Brothers Big Sisters of America said in a statement: “We are incredibly grateful and humbled by MacKenzie’s generosity and acknowledgement of the incredible work of our passionate professionals and volunteers who are unwavering in their commitment to create meaningful outcomes for young people today and for generations to come.”

She has donated $12.5 billion since 2020 to at least 1,253 nonprofits, many of which aim to help low-income and underserved populations. pic.twitter.com/fRNb1xfZ0g


Jennifer Sirangelo, president and CEO of National 4-H Council, said in a statement:

“National 4-H Council is grateful to MacKenzie Scott and her husband, Dan Jewett, for their belief in Cooperative Extension’s 4-H program and its life-changing outcomes for youth. Their generosity will sustain 4-H’s commitment to ensuring all young people—regardless of their background or beliefs—are empowered with the skills to lead for a lifetime.”

MacKenzie Scott has been a precious soul that has dedicated quite a certain amount of her time and wealth to helping various organizations around the country, and even internationally. Her efforts have been widely acknowledged and appreciated:

In a world full of Elon Musks and Jeff Bezoses, be a Mackenzie Scott.

Other celebrity philanthropists are also not so far behind Scott.

Also, famed celebrity couple Ryan Reynolds and his wife Blake Lively made drinking clear water possible for an indigenous community by donating $500,000. Hence, you can never say there’s a shortage of generous celebrities in Hollywood.

Let us know your thoughts and views regarding the goodness in the hearts of these celebrities in the comment box below.