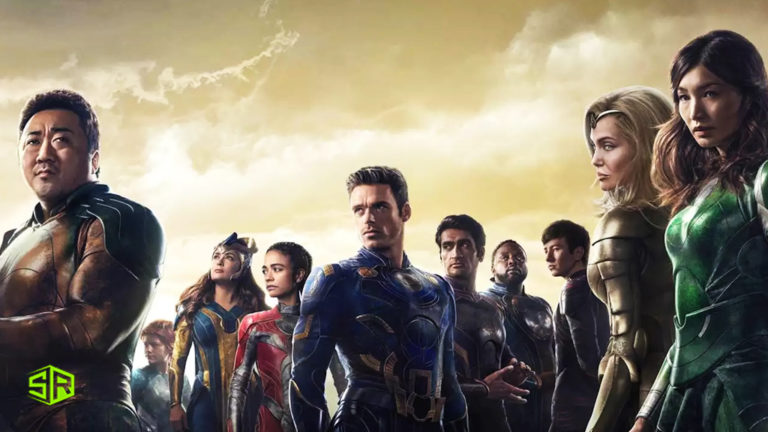 Despite mediocre crowd exits and the worst reviews ever for an MCU picture, Disney was able to keep Eternals alive throughout the weekend, grossing $71 million. But keep in mind that when this film was first put on track four weeks ago, many predicted it would gross between $80 million and $85 million in three days.

According to Screen Engine/PostTrak, Comscore’s 46 percent of people in attendance in the United States attended Eternals because it’s part of a franchise they enjoy, 44 percent for the genre/type of film, 32 percent for the storyline, and 28 percent for the ensemble cast.

Eternals is getting middling reviews after all the hype and sending MCU fans into rapid cope mode lol pic.twitter.com/vdhbAWegX4

Eternals has a total value of $161.7 million worldwide. That’s the second-best opening for a Hollywood film in 2021, behind only F9’s $163 million, which included $136 million from China (Eternals will not have China).

The global opening of Eternals is only below that of Guardians of the Galaxy ($164 million) and Antman & the Wasp ($167 million).

“Eternals is by no means a problem,“ Gross said in an email. “The film isn’t connecting the way every other Marvel film has, but the box office performance is solid and it maintains October’s level of business.”

“Eternals,” which cost almost $200 million to make, had a successful worldwide debut, grossing $90.7 million in 46 countries. Despite being directed by a Chinese filmmaker, the film did not receive a Chinese distribution and is unlikely to have one in the future. The last Marvel film, “Shang-Chi and the Legend of the Ten Rings,” the studio’s first Asian superhero film, was also denied Chinese distribution.

Although the grounds for the refusal are unknown, China carefully controls the films it approves for release. Relations between the United States and China were tense in recent years. In a 2013 interview, Zhao remarked that China is “where there are lies everywhere.” Her Oscar wins were not covered by China’s state-run media sources in April, and all mention of them was removed from the Chinese internet.

“Spencer,” featuring Kristen Stewart as Princess Diana, was the other significant new release this weekend. The critically acclaimed thriller, which is expected to earn Stewart her first Oscar nomination, opened in 996 theatres and earned $2.1 million for Neon.

The rest of the weekend’s top draws were holdovers.

Denis Villeneuve’s sci-fi epic “Dune” earned $7.6 million in its third weekend of release, bringing its total to $83.9 million. The film was concurrently aired on HBO Max and Warner Bros., which has announced a sequel to “Dune.”

“No Time to Die,” a James Bond film produced by MGM and United Artists Releasing, collected $6.1 million in its fifth weekend of distribution, bringing its domestic total to $143.2 million.

“No Time To Die” will be released on video-on-demand Tuesday for $20 rentals after 31 days in theatres — far less than the three months most Bond films have spent in theatres before being distributed in the home.

According to Comscore, estimated ticket sales for Friday through Sunday in U.S. and Canadian theatres. On Monday, the final domestic data will be announced.

Well, the fight between the movies will continue. Let’s see who wins the tough battle at the Box office and make the most, and which movie will be the next favourite of the audience.

So, have you watched Marvel’s Eternals?  What do you think about the newly released MCU film? Do let us know in the comment section below.