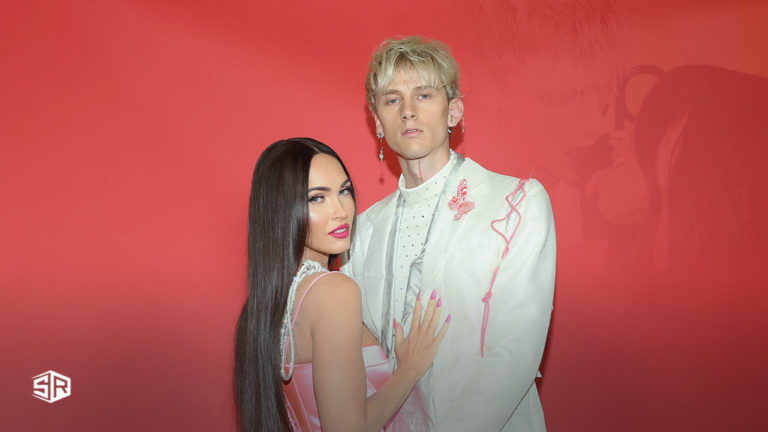 Megan Fox and Machine Gun Kelly are the famous pair that shattered the internet — and spilled some blood in the process.

“Achingly Beautiful Boy… My heart is yours,” Fox, 35, wrote beside a photo of herself with Kelly (actual name: Colson Baker, 32) when they announced their romance in the summer of 2020.

Megan Fox spoke out about her relation with fiancé Machine Gun Kelly, revealing that they had swallowed each other’s blood for “ritual purposes.”

Last November, the 35-year-old actress announced her engagement to the 32-year-old musician on Instagram, where she revealed that they had drunk each other’s blood.

During a recent interview with Glamour UK, she highlighted the Instagram post and how the blood statement was accurate. However, according to the model, they didn’t consume much blood because it was primarily for “ritual purposes.”

Fox claims that when she does take her partner’s blood, she is much more “controlled,” and that there is a “reason” for this, as she likes reading “tarot cards” and “astrology.”

“And so, when I do it, it’s a passage or it is used for a reason,” Jennifer’s Body actress went on to say. “And it is controlled where it’s like, ‘Let’s shed a few drops of blood and each drink it.’”

Kelly, on the other hand, is considerably more “hectic” when it comes to blood and looks to be eager to take more than a few drops, according to Fox.

“He’s much more haphazard and hectic and chaotic, where he’s willing to just cut his chest open with broken glass and be like, ‘Take my soul,’” she stated. When asked if Kelly would slit his chest in order to give Fox more blood, she replied: “It doesn’t not happen. Let me tell you. Maybe not exactly like that, but a version of that has happened many times.”

Kelly posted on Instagram in February 2021 that he had a necklace with a drop of Fox’s blood in it. A few weeks later, when appearing on The Ellen DeGeneres Show, DeGeneres asked him about the necklace. In reaction, he stated that he got it as a gift from Fox. Also, you can read about the amazing couple who was making the headlines recently, Sam Asghari Says ‘Wife’ Britney Spears Inspires Him.

Do whatever you want, and enjoy your life as also Nicki Minaj is celebrating ‘sobriety’ and ‘loving her life.’

We’ll keep you updated on any new information on Megan Fox and Machine Gun Kelly’s relationship. They’ll be back together onscreen in Good Mourning, which will be released in cinemas and on-demand on May 20.