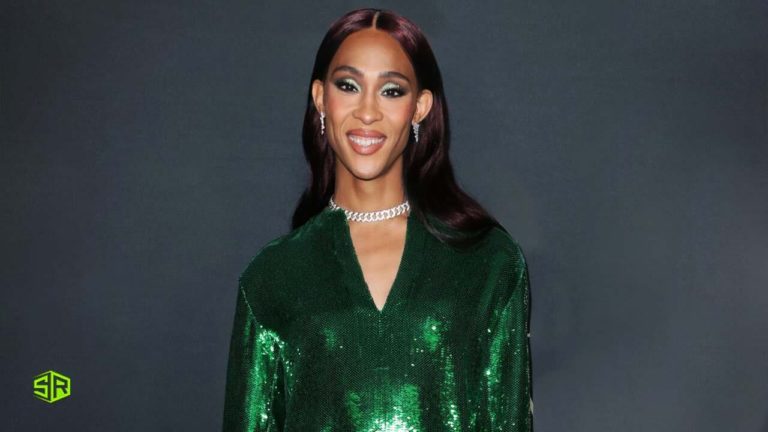 The Golden Globes awards were held in a private ceremony this year after a succession of scandals shook the Hollywood Foreign Press Association and blemished the reputation of the award show.

Sunday night’s subdued ceremony was missing standout moments; however, history was again made on Monday as Actor Michaela Jae Rodriguez became the first Trans actress to win a Golden Globe award. Rodriguez got the Best Television Actress award for her role in the TV series ‘Pose’ at the 79th Golden Globe Awards.

History has been made tonight. Congrats to @MjRodriguez7 for winning Best Actress in a Television Series – Drama! pic.twitter.com/ltEld0XYK1

While there were no on-screen announcements or recognition speeches by award winners, Rodriguez delivered an emotive speech on Instagram Live showing her gratitude for the crew and co-stars of the series and talked about opening the doors for others. she stated,

Rodriguez also took to Instagram after receiving the Golden Globe Award and expressed her delight. She captioned her post,

“OMG OMGGG!!!! @goldenglobes Wow! You talking about a sickening birthday present! Thank you! This is the door that is going to open the door for many more young talented individuals. They will see that it is more than possible. They will see that a young Black Latina girl from Newark New Jersey who had a dream, to change the minds others would WITH LOVE. LOVE WINS. To my young LGBTQAI babies, WE ARE HERE the door is now open now reach the stars!!!!! @goldenglobes”

She further added, “The nominees we are Queens. I`m so happy to share space with you! Each and every last one of you women are phenomenal.”

Pose, which concluded its third and final season back in June, revolves around the story of Trans and queer people of distinct color and the covert ballroom culture they nurtured in New York City during the 1980s and 1990s.

The revolutionary series developed as “a hit for its bold depiction of joy and trauma of LGBTQ life amidst the backdrop of the AIDS crisis,” as Pop Culture Happy Hour of NPR termed it. And it also created TV history with the biggest cast of transgender artists in regular roles, as per FX.

Rodriguez featured as Blanca Evangelista, an HIV-positive ball contestant who left behind her ballroom “house” for a fresh start from scratch. The cherishing house mother was at the center of the TV show, which has been praised by critics but generally snubbed at awards shows previously. To put it into context, Rodriguez’s Golden Globe award was also Pose’s first.

Since its debut in 2018, Pose has received a total of 20 nominations for Emmys and four awards. In 2019, Billy Porter became the foremost openly gay Black star to win the best actor at Emmys for his role in the series.

Pose cast and fans alike, have been raising their voice about the lack of recognition of the show. In 2020, Angelica Ross and Indya Moore voiced their protest against the Emmys for ignoring the Black transgender cast of the show in its nominations.

“Something abt trans ppl not being honored on a show abt trans ppl who created a culture to honor ourselves bc the world doesn’t,” Moore posted a tweet from a since-deleted account.

“I want you to know from the jump that these tears are not about an award or a nomination,” Ross shared on Instagram at that time. “Ultimately, I need y’all to understand that I’m so tired — those of you who know me know I’m not just working on screen or behind the screen but I’m working around the clock to get our society to value trans lives and Black trans lives.”

In a 2020 opinion article for the Television Academy, Rodriguez shared the career challenges she met as an Afro-Latina and demanded more representation of Black and Latino groups behind and in front of the cameras. She also urged the Academy to give sidelined groups a representation and recognize their art, talent, and hard work.

Last summer, Rodriguez hopped into the history books when she became the first openly transgender artist to get a nomination for a lead acting Emmy in a full-length TV series. Although, she did not win the award.

In an interview with NPR in 2018, Rodriguez labeled her character “this rambunctious, very, very nurturing, compassionate, a little bit hardheaded, but ambitious spirit.” She also expressed her thoughts about the parts of Blanca’s life that carried a resemblance to her own, like being detested from their own community but deciding to move on and cheer up others.

“There were moments where I was called many derogatory names. I’ve gotten into a couple of fights. People have jumped me, You know, I’ve had a lot of things that have happened to me, but I look past those things now and now I’m moving forward and I always believe that the experiences that you go through are what make you stronger and what help you push forward through life.”

Last year, she also highlighted the significance of representation and positive spirit, and the work that is still required for that, in an episode of It’s Been A Minute With Sam Sanders, as the TV series concluded.

However, people have already slated the representation of Rodriguez’s momentous win coming during a year without a downcast ceremony with no television broadcast.

In the past, RuPaul, the host of RuPaul’s Drag Race has become the most successful Black artist in Emmy awards history, garnering 11 awards. Previous Black Trans artists to be nominated for Emmys include Laverne Cox for Orange Is the New Black and Rain Valdez for her role in Razor Tongue.