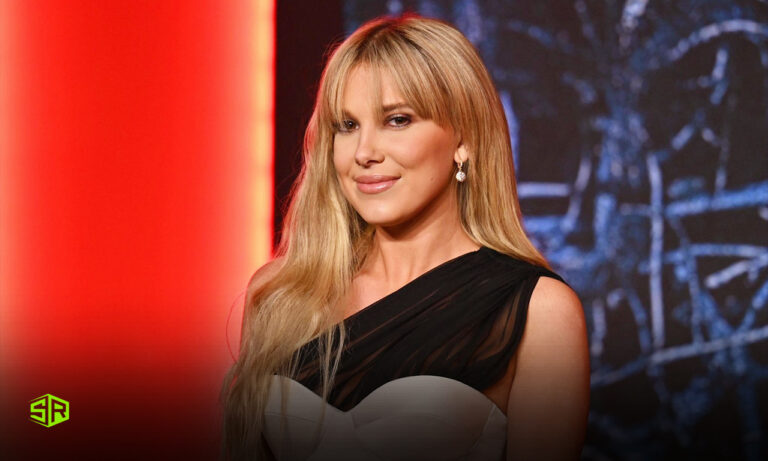 The Stranger Things actress Millie Bobby Brown got introduced to fame and success at a young age. However, the journey hasn’t been easy for her, she told Allure. As a teen, being in the spotlight has resulted in facing a lot of criticism, thus, hindering her growth process.

For Brown, getting to know herself has always been complicated. She even said that she has struggled with loneliness and feeling misunderstood in the past.

“I enjoyed being different people because I always struggled with self-identity and knowing who I was. Even as a young person, I always felt like I didn’t quite belong in every room I was in. I also struggle with loneliness a bit. I always felt quite alone in a crowded room, like I was just one of a kind, like nobody ever really understood me.”

While auditioning for roles in the industry at just 10 years old, a casting director criticized her for looking older and wiser than she actually was.

“I always knew that I was mature and I couldn’t really help that. I thought [maturity] was a good thing. And then being told that it wasn’t, that I wouldn’t make it in this industry, it was so hurtful. I got really down about that.”

Millie shares her edition of the Allure cover, captioning ‘very happy and grateful for this moment.’

As she grew older and got famous worldwide, Brown recognized the absolute necessity of focusing on herself and blocking out other people’s opinions of her. She has deleted social media apps from her phone, and her team takes care of posts on Instagram and Facebook.

“I started to grow more, and my family and friends really helped. It helped to be able to understand that I don’t need to be anything they said that I need to be. I just have to develop within myself. That’s what I did. That’s what I’m doing.”

Brown also had an unpleasant experience in terms of social media, tied to a video creator on the Tik Tok app, back in July 2021. She told some publication houses how she was in an “unhealthy situation” with Hunter Ecimovic in 2020. She eventually broke up with him in January 2021. Ever since then, she had been working on herself and the trauma the relationship caused.

When her ex Ecimovic did a live stream on social media claiming that he had “groomed” Brown and even lived at her house for eight months, she recalled the experience by saying:

“I felt very vulnerable. Also, no one on the set knew I was going through this. So it was kind of nice to be able to just deal with that myself and no one else knew. Then it was harder when the whole world knew.”

In another statement, Brown’s team said that the remarks being thrown around were “not only dishonest but also are irresponsible, offensive and hateful.”

However, Brown didn’t let the situation get to her and focused on moving forward in life.

A post she shared depicted the actress looking absolutely done with bullying:

This is how I feel about bullying…. #converse pic.twitter.com/2NiRwFUtT4

Brown went on to share how she was bullied at 8 years old and had to change schools because of it. She also encouraged other people to open up about their experiences:

I got bullied when I was 8 years old and I had to move schools. You don't want to talk to anyone about it but please share stories 🐳

Replying to a fan, Millie said she had no idea why people would bully someone they haven’t even met in real life and that it must be stopped:

I don't know. We need to stop it now. https://t.co/IG4CVDyCPL

The actress was also wise to advise a fan about a cyberbullying situation in which she was acting as the witness and encouraged her to stand up for the friend who was being cyberbullied:

That's tricky. Stand up. Simply not talk to the cyber bully and make sure you tell your other friend to not listen. Be there for her. https://t.co/JtCrI0ZRPb

Millie Bobby Brown has also opened up about being sexualized by the public and media as fame surrounded her. She hopes to bring about a change around her by being truthful so people can find her relatable and to the people who look up to her:

“Ultimately, all I wanted to do within my career is help young girls and young people out there know that I, too, go through things. I’m not this perfect person that is selling skin care products and [who is] in Stranger Things. I absolutely have made wrong decisions.”

Millie believes at this point in her career; she needs to be her authentic self, which is the most important thing.

“At first [acting] was really fun. And then I was like, ‘Gosh, I could really do things with this. I could really change the world with this.’ There was something about acting that made me feel powerful, impactful, and like I could inspire people.”

“Of course, people can look at it as pressure or scary, but I think that’s the most exciting part of my job. People are all looking at me, ‘What are you going to say, Millie?’ I’m going to say, ‘Young girls deserve an education. Young people everywhere deserve equal rights.”

Nearly 37% of teens have been bullied at least once online, and more than 30% of them have experienced cyberbullying more than once (dosomething.org). As a result of which, such kids are likely to grow up anxious, depressed, and with low self-esteem.

Celebrities haven’t been spared by cyberbullying either. Last year, Snoop Dogg’s daughter Cori Broadus gave a shut up call to one of the internet trolls who were body shaming her. On another occasion, Billie Eilish, while singing about abuse in her latest album, shared how she felt ‘really vulnerable.’

“You feel guilty. You feel like it is your fault and it’s because of you and you started it and this and that and you’re like, …but wait, I didn’t, though, because I was just a kid. We blame ourselves and usually, the people abusing you blame you too when it’s nothing to do with you.”