Natalie Portman Opens Up About Being “Sexualized” as a Child Star 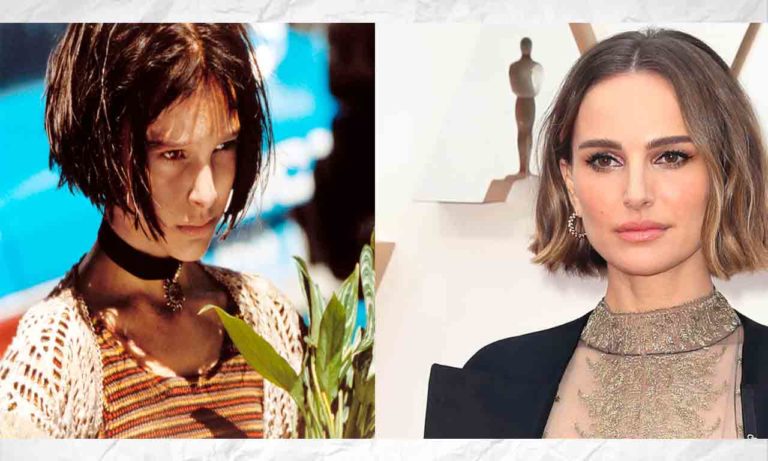 Natalie Portman opens up about the horror of starting her acting career at a young age being portrayed as a “Lolita” figure.

The 39-year-old Oscar winner appeared on the Armchair Expert with Dax Shepard podcast on Monday. During the podcast, she discussed starting her career in Hollywood at a very young age and being sexualized as a child.

“I was definitely aware of the fact that I was being portrayed … as this ‘Lolita’ figure,” said Natalie Portman.

She added by saying,

“Being sexualized as a child, I think took away from my own sexuality because it made me afraid and it made me like the way I could be safe was to be like, ‘I’m conservative,’ and ‘I’m serious and you should respect me,’ and ‘I’m smart,’ and ‘don’t look at me that way.’ “

Natalie said that due to the objectification and to protect herself from the undesired attention as a child, she had built a “fortress” around herself.

At the age of 11, Natalie Portman was cast in “Leon: The Professional,” directed by Luc Besson. Soon after that, ger popularity soared through films like “Beautiful Girls” and “Heat.”

“So many people had this impression of me that I was super serious and conservative … and I realized I consciously cultivated that because it was always to make me feel safe,” Natalie Portman said. “Like, ‘Oh, if someone respects you, they’re not gonna objectify you.”

She said that her “consciously cultivated” defense mechanism “worked out,” “I was safe,” she added.

“When I was in my teens, I was like, ‘I don’t wanna have any love scenes or make-out scenes.”

“I would start choosing parts that were less sexy because it made me worried about the way I was perceived and how safe I felt.”

Natalie Portman has been quite vocal when it comes to sexual terrorism and harassment. Back in 2018, the Oscar-winning star told People,

“I understood very quickly, even as a 13-year-old, that if I were to express myself sexually, I would feel unsafe and that men would feel entitled to discuss and objectify my body to my great discomfort.”

She also said, “I felt the need to cover my body and to inhibit my expression and my work in order to send my own message to the world that I’m someone worthy of safety and respect.”

Year after going through the trauma, Portman has ultimately come to peace with herself. “I know I was sexualized in the ways that I was photographed or portrayed, and that was not my doing,” said Portman.