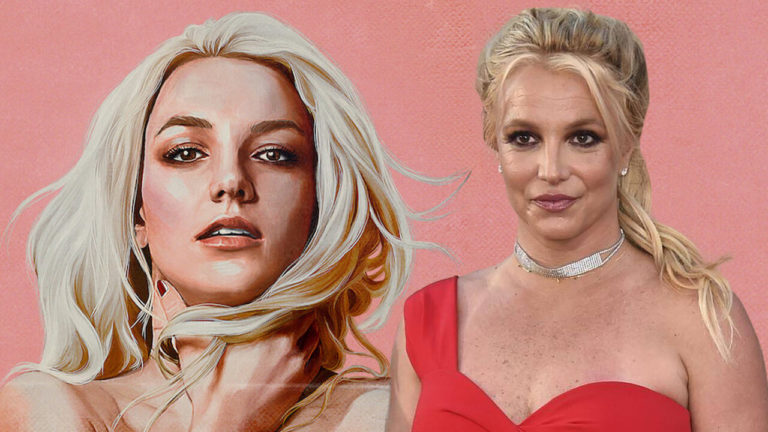 Netflix has released the teaser for its upcoming Britney Spears documentary, which will premiere the day before she goes to court — exactly one week before her next conservatorship hearing.

The Netflix original documentary “Britney vs. Spears” will premiere on September 28. The next day, Sept. 29, marks the most crucial court hearing in the singer’s long and drawn-out legal struggle, as she battles for her independence from the conservatorship — that she’s been under for more than a decade — with her father, Jamie Spears, acting as her only conservator.

The pop star’s voice was heard in the teaser from an audio recording of her June 23 hearing at the Los Angeles Superior Courthouse, when she addressed the court for the first time publicly, telling the judge that she is devastated and pleading, “I just want my life back.”

“I’ve worked my whole life,” Spears is heard saying in the trailer. “I don’t owe these people anything.”

The documentary’s title, “Britney vs. Spears,” is a play on the singer’s struggle with her father, whom she has accused of “conservatorship abuse,” asking a court to “file charges” against him this summer.

In fact, Spears’ attorney just submitted legal paperwork this morning, advocating for Jamie Spears’ “immediate suspension” before next week’s hearing, and indicating that the conservatorship will be dissolved sometime this autumn.

The Netflix project has been in the works for almost a year, directed by filmmaker Erin Lee Carr. The documentary will focus on Spears’ conservatorship, raising concerns about the necessity of the very unique legal arrangement, as well as the alleged corruption of her father’s participation, along with wider issues with conservatorship legislation and the entire judicial system.

“What was going on inside the conservatorship? And why was she still in one if she was okay?” According to the trailer.

“There was financial incentives for Jamie, for the lawyers,” In the teaser, a narrator is heard stating. “Britney made other people a lot of money.”

Though the trailer does not reveal who participated in the documentary, the Netflix clip includes voiceovers from a variety of people commenting on Spears’ conservatorship saga, including Spears’ ex, paparazzo Adnan Ghalib, and a legal expert who appears to be an attorney specializing in conservatorship cases. The video also previews a sensitive document that was given to the filmmakers by someone connected with the conservatorship, implying that the documentary would uncover fresh facts.

In the teaser, a man who seems like a medical expert says, “I’m not going to acknowledge that I was ever brought in to evaluate Britney Spears.”

Since Netflix has not revealed who will feature in the documentary, it is unclear who from Spears’ circle, friends, or family may have been involved in the production. Felicia Culotta, the singer’s former assistant, is featured in pictures released on Wednesday.

Spears was granted the right to employ her own counsel earlier this summer, after working with a court-appointed attorney, Samuel D. Ingham, since she was placed under conservatorship. The singer engaged Mathew Rosengart as her attorney, and since then, the case has seen more development in a few months than it has in the previous 13 years.

Her father agreed to cooperate with the court on stepping down as conservator of his daughter’s estate earlier this month, throwing a significant wrench in the star’s legal drama. Then, unexpectedly, he petitioned the court to end the conservatorship entirely.

Rosengart has accused the older Spears of “dissipating” his client’s multi-million dollar inheritance, alleging that he was attempting to extort $2 million from his daughter’s estate in return for stepping down as conservator.

While this is a significant victory for Spears, experts warn that her father’s legal approach is complicated and self-serving and that the court may take action at next week’s hearing. Rosengart, Spears’ attorney, has yet to publicly request that the conservatorship be terminated. However, in today’s motion, he urged the court to arrange a hearing on dissolving the conservatorship “at its soonest convenience.”

It remains to be seen what the court will decide next week at the hearing on September 29.

The Netflix documentary is not the first to feature Britney Spears’ apparently never-ending struggle. “Framing Britney Spears,” a documentary created by The New York Times for Hulu and FX, looked at the conservatorship case, the #FreeBritney campaign, and the sexist media narrative that has followed pop singer throughout her whole career in the spotlights.

That documentary was nominated for two Emmys and has been credited with sparking public interest in the high-profile case. Spears said that she was “embarrassed” by the documentary, despite the fact that she did not see it.
Spears has yet to respond to the Netflix documentary. It’s unknown whether she was contacted for the project or was aware of it before it was revealed this week.

In terms of legal strategy, we’re not sure if her remark benefited her all that much. But it gave us, the public, a better understanding of what she wants and put an end to the debate about whether she was in this conservatorship voluntarily.

By expressing unequivocally that she wishes to have the conservatorship terminated, she has made it very obvious that she has had enough of the nuisance and wishes to be left alone.

Let us hope the documentary helps spread awareness about Britney’s legal struggle and the shortcomings in the US’s legal system in general.