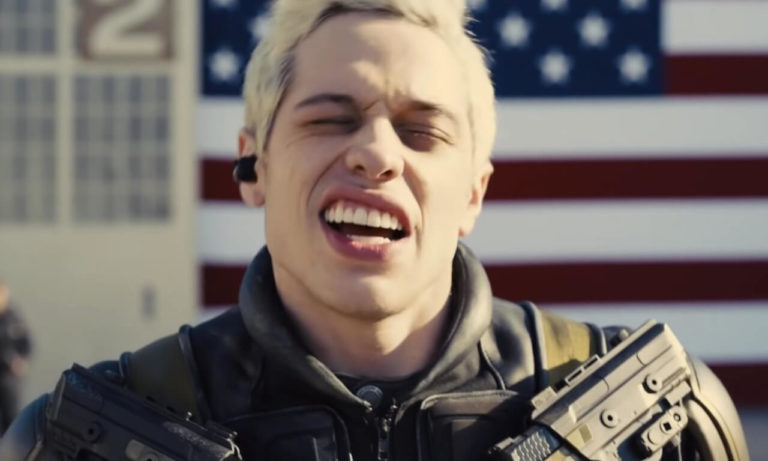 The SNL sweetheart, Pete Davidson rented the whole movie theater on Saturday so that his fans could watch The Suicide Squad 2021 for free!

He rented the Atrium Stadium Cinema in his hometown of Staten Island, New York. Those who wanted to see the movie for FREE just had to be present at the theater on Saturday, August 7, and say that they’re ‘Friends of Pete’. Simple!

The theater itself invited the residents of Pete’s hometown to come and see the movie. Here’s what the post read:

Come see the Suicide Squad at Pete’s hometown film Theatre #AtriumStadiumCinemas Saturday, August 7. Tickets can’t be reserved beforehand, or on-line. Start lining up for 5 pm( and remember to take the Theater selfie and ship it to us).

Pete’s own post on instagram is very heartwarming to see. Even though it is a one-liner “Dreams DO come true”, it speaks volumes about his journey:

“A present for Staten Island residents from Pete Davidson. #TheSuicideSquad”

Speaking to SI Live he stated that:

It was all Pete’s concept, he reached out to us saying he wished to give again to the group. This is a sort of film that has to be seen on the massive display. We have our greatest screens and auditorium prepared to go. He grew up with this group and it means a lot for him to attain out to us.

On the Box Office, The Suicide Squad has grossed $26.5 million in United State and Canada and 45.7$ in other regions. And worldwide it has grossed a total of $72.2 million.

It made $12.2 million on its first day, including $4.1 million from Thursday night previews.

Seems like the numbers aren’t that impressive; let’s see whether they continue to be on this disappointing path or pick up in the days to come.

If you’re one of the smarter fans, you’ll probably avoid going to crowded theaters (laden with the deadly risk of contracting the Delta version of Covid-19) and prefer to watch The Suicide Squad on HBO Max from the comfort of your couch instead.

Let us know how you liked it and if you, too, are wishing Pete had gotten more screen time!