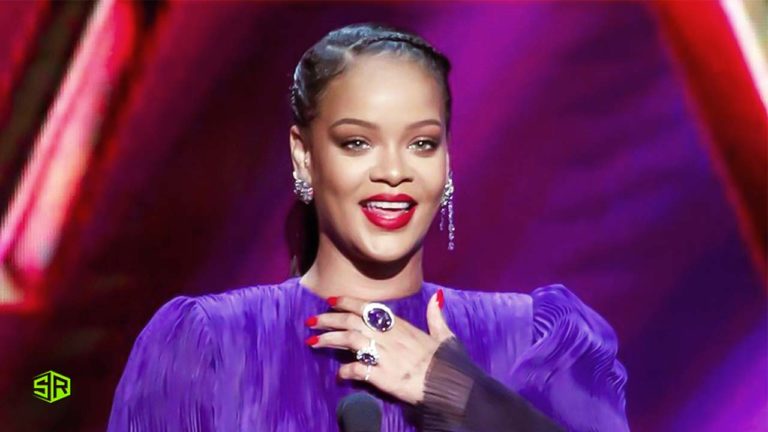 Rihanna is a staunch advocate of the climate change issue and through her Clara Lionel Foundation, she is supporting the cause by committing $15 million to climate change which is a worrying social justice issue.

The iconic singer announced on Tuesday that she is donating to 18 climate justice entities working in the United States and seven other Caribbean nations. Some of the notable names include the Indigenous Environmental Network, the Climate Justice Alliance, and the Movement for Black Lives.

We are proud to commit $15 million to 18 organizations working intersectionality on climate justice across the U.S. and Caribbean in collaboration with @Jack’s #StartSmall. Meet our #climatejustice partners: pic.twitter.com/DH9li0kOra

“Climate disasters, which are growing in frequency and intensity, do not impact all communities equally, with communities of color and island nations facing the brunt of climate change,” Rihanna, who hails from Barbados, an eastern Caribbean island, expressed through a statement. She noted that her foundation, which she has named after her grandparents, is based on the motive of raising her voice against disparity. The main priorities of the foundation are climate justice work and climate resilience.

Rihanna has been previously carrying out philanthropic work. Back in 2017, Harvard gave her the Humanitarian of the Year award. In her acceptance speech, she expressed her desire and plans for donating towards education and other academic ventures.

When I was five or six years old, I remember watching TV and I would see these commercials and I was watching other children suffer in other parts of the world and you know the commercials were [like], ‘You can give 25 cents, save a child’s life.

And I would think to myself like, ‘I wonder how many 25 cents I could save up to save all the kids in Africa.’ And I would say to myself, you know, ‘When I grow up, when I can get rich, I’mma save kids all over the world.’ I just didn’t know I would be in the position to do that by the time I was a teenager.

The grants from Clara Lionel Foundation will be made in collaboration with the #StartSmall charitable cause of Twitter co-founder Jack Dorsey. It will be focused on groups of female, Black and Indigenous leaders, and LGBT due to the fact that these communities are facing substantial risk.

“Funders must build partnerships with grassroots organizations, acknowledging their deep understanding of what is necessary to achieve climate justice in their own communities,” stated Justine Lucas, executive director of Clara Lionel Foundation.

In November, Mia Mottley, the nation’s Prime Minister named Rihanna the 11th national hero of Barbados during the celebrations for the country converting into a republic for the first time ever in history.

Rihanna also contributed to a slew of humanitarian causes, including a donation for coronavirus relief work and standing in support of protests against anti-Asian hate.

Back in April 2021, the singer, along with her assistant Tina Truong, came on the streets of New York joining an anti-Asian hate sit-in. She ‘felt compelled to take action,’ stated Truong. The rockstar diva put on a hat coupled with sunglasses and a face mask to participate in the protest.

Truong took to Instagram and shared photos of Rihanna’s participation in the march. The “Umbrella” singer can be seen raising a green neon signboard that read “HATE = RACISM AGAINST GOD” and another blazing pink sign with #StopAsianHate penned on it.

In 2020, amid the peak of the COVID-19 pandemic, Rihanna and Dorsey jointly donated a tally of $15 million to mental health initiatives and another $2.1 million each to help the domestic violence victims in Los Angeles.

After reaching the net worth of $1.7 billion last year, estimated by Forbes, Rihanna was announced a billionaire on the record. The mainstream of the wealth she owns is coming from her cosmetics brand named Fenty Beauty. The assets of the company reach about $1.4 billion. The remaining money, $270 million, is coming from the lingerie brand she owns, as well as her acting and music career.

Rihanna’s last album came out in 2016 and since then fans are waiting for another. Even though the news has been swarming in circles with full thrive that the new music is being worked on two separate possible albums, nothing has come out or been released yet. One of the two potential albums’ music is based on Caribbean music.

Another way she raised the funds for a deed like this was through the event Rihanna held continuously on a yearly basis for 5 years, dated 2012 to 2019, The Diamond Ball. Big names like Jimmy Kimmel, Issa Rae, Kevin Hart, and Dave Chapelle are the ones who hosted The Diamond Ball.

Rihanna, a fan-favorite singer-cum actress knows how to win hearts. It’s not surprising that she’s loved by millions of people around the globe, whether it’s for her chartbuster songs, impressive acting skills, or philanthropic work. She’s definitely a queen!