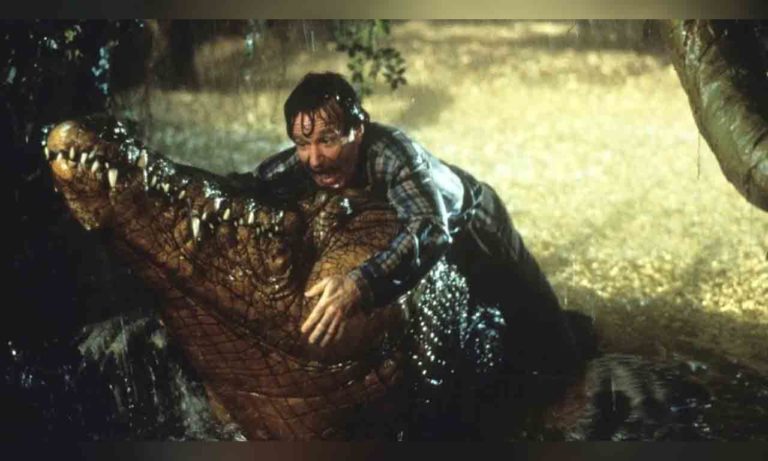 The departed star Robin Williams stood-up for his child co-stars and saved them from working overtime on the set of 1995’s Jumanji after a tiring and demanding wet day.

Jumanji was an adaptation of a novel by the author Chris Van Allsburg of the same name. Jumanji is still popular today, but the movie itself failed to garner any blockbuster results at the box-office. Nevertheless, having Robin Williams as the lead in the movie made the movie a great push to popularity.

Robin Williams was known to be a man of character and honor. The comedian saved his child co-stars from working overtime on the set of Jumanji. They were filming a monsoon scene, and it was a tiring and exhausting day for the team in the water tank. The film’s producer wanted to continue the shoot over time, but as it already was an exhausting day for everyone, Williams stood up for the kids and said it clear that they should wrap it for the day and continue the shoot later.

This revelation comes from Bradley Pierce, one of the child stars from the movie who played Peter Shepherd. While talking with People, he shared remembered how Robin Williams protected the kids from the overtime on-set. Remembering the things from the set of Jumanji, Bradley Pierce said,

“Robin caught wind of these conversations happening, and apparently, he pulled the director and producers aside and said, ‘No, we’re not doing any extra time. You’re gonna let everyone out of the pool now, and we’re going to be [sic] come back next week. For all the dollars that would have cost, nobody else could have stood up the way he did. In addition to being warm and generous and kind, he was also very protective of all of us. He told everyone, ‘we’re done today, time to go home.’ “

This statement from Pierce shows the character that Robin Williams had and how kind-hearted he was. Getting to know such things about Robin Williams and what he used to do for his co-stars makes us realize the kind of a man he was. Even after 25-years of Jumanji’s release, Pierce still remembers Robin Williams, which shows how much he respects the late star.

A-list actors usually have to carry out over-time while working with major Hollywood Production houses, and working more than 8-hours is nothing new for them. However, child actors can only work for a defined period of time, and no one can ask them to work more than that, as per the legal bindings.

In 2014, the whole world was shell-shocked by the news of Robin William’s suicide at 63. He had starred in numerous box-office hits, and during the 90s era, he was one of the most accomplished stars. He even won an Oscar for his role in Good Will Hunting. No doubt that he will always be remembered as an inspiration in Hollywood.