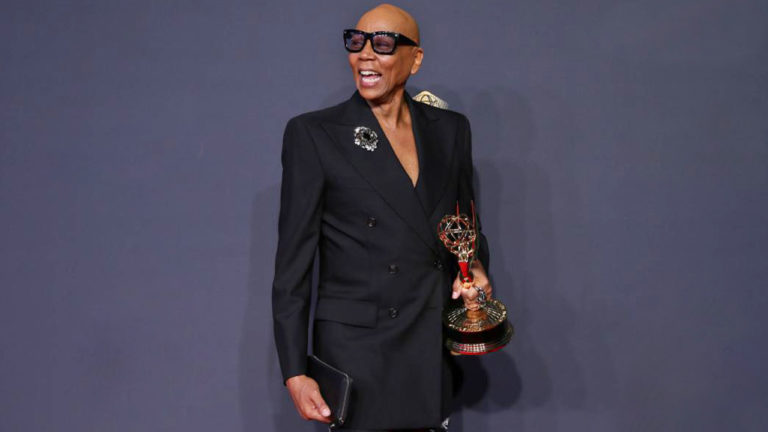 The 60-year-old host, actor, model, singer, and author “RuPaul Andre Charles” has surpassed Donald A. Morgan by winning the most  TV Academy awards in the history of Emmys.

Television Academy voters delivered a special message to RuPaul on Sunday to celebrate his victories:

“Shantay, you stay in the history books.”

At the Emmy Awards, VH1’s RuPaul’s Drag Race earned a trophy for outstanding competition programme, giving RuPaul his 11th Emmy and establishing his status as the most decorated Black artist in the Emmy Awards history.

“Really thanks to all of our lovely children on our show from around the world,” he continued. “You know, they are so gracious to tell their stories of courage and how to navigate this difficult life [that was more difficult this year]. This is for you and for you kids out there watching. Come to Mama Ru.”

RuPaul is now the most-decorated Black artist since the #Emmys began in 1949.

Before the show, the long-running series’ creator, executive producer, and host was tied with Donald A. Morgan, an industry veteran with 10 Emmy trophies from 19 nominations in categories like cinematography (Netflix’s The Ranch) and lighting direction (ABC’s Home Improvement).

With a victory, the World of Wonder-produced RuPaul’s Drag Race won its fourth Emmy for the best competitive program on Sunday. CBS’ The Amazing Race, NBC’s The Voice, and Bravo’s Top Chef were among the other contenders in Netflix’s “Nailed It!” category.

Morgan was nominated for an Emmy this year for his work on the sitcoms “The Upshaws,” “The Conners,” and “Last Man Standing,” but he didn’t win.

How to Watch Primetime Emmys 2021 Awards Online from Anywhere

How to Watch CBS All Access Outside the US

In the Outstanding Unstructured Reality Program category, RuPaul won a second trophy at the Creative Arts presentation for the “Drag Race” companion series “Untucked,” which had also been produced by him.

“Drag Race,” which premiered in 2009 and is now in its 13th season, has grown into a full-fledged global phenomenon. The series has produced a number of spinoffs, notably the popular “All-Stars” edition. “All-Stars” just crowned Kylie Sonique Love as the first transgender winner in the sixth season finale, which ended earlier this month.

“Drag Race” has gone international in recent years, with editions in the United Kingdom, Thailand, Canada, and Holland, as well as upcoming programmes in Spain, Italy, and the Philippines.

Behind the great success of RuPaul are his hard work and dedication. His determination is the main reason why he lives in people’s hearts.

Congratulations to the winners. The only way forward is upwards and onwards!