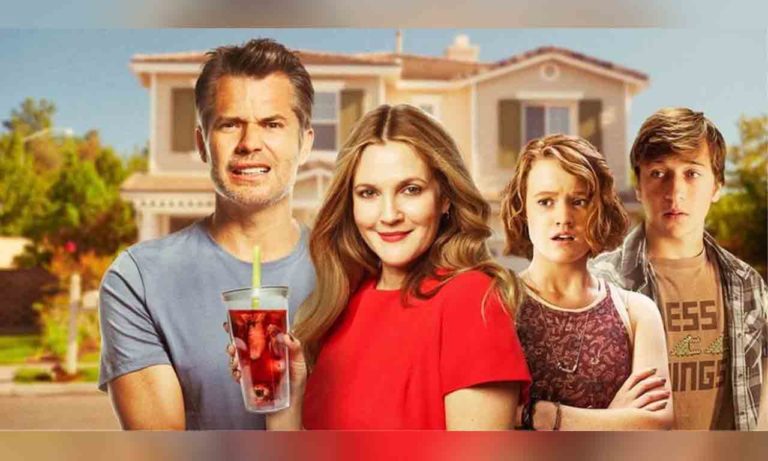 Even after being canceled by Netflix after season 3 last year, Santa Clarita Diet creator is still hopeful for a fourth season of the show. Victor Fresco (creator of Santa Clarita Diet) has not run out of hopes and he feels that a proper closure should have been provided rather than ending the show out of nowhere.

The show revolved around a twist in the married couple’s life, when the wife turns into a zombie. It was a great comedy TV series, which gained positive feedback from the audience. However, the show was canceled by Netflix in 2019 right after season 3.

In an Interview to LADbible, Victor opened up about his thoughts on the show’s season 4:

“That’s something I think we all would want to do if everyone was available. Emotionally, everyone on the show would love to do some kind of closure. We thought it would be fun to do a season with Joel and Sheila in the same boat – what that would look like. I feel like this would be better for us and better for our fans too.”

Victor Fresco said that he and the writers already have a few ideas for the new season, provided that they get a chance to revive it. He further added:

“We had Abby and Eric’s relationship which was turning into something interesting at the end of the series. To see Abby now as a hunter of the undead since both her parents are now undead. Joel could have a different attitude [to Sheila], we would want him to be a little bit different in how he approaches things. It will be interesting to see him with that unleashed and what he turns into. So not just who he kills and how he kills but what kind of person he becomes.”

The show gained popularity among the fans because of its unique storyline and amazing cast. However, Netflix thought that the show did not perform as per their expectations. Cindy Holland (Head of Original Content at Netflix), shared her views about the show while talking to Deadline saying, “the company didn’t want to “continue to invest in something that doesn’t do as well as we had hoped.”

The cancellation of Santa Clarita Diet came as a surprising blow for the whole cast, the crew of the show. Fresco and the team had plans of keeping the show going but Netflix had other plans. Canceling the show just after season 3 has left the story of the show incomplete. Fresco wishes to give a good closure to the show by concluding it in season 4.