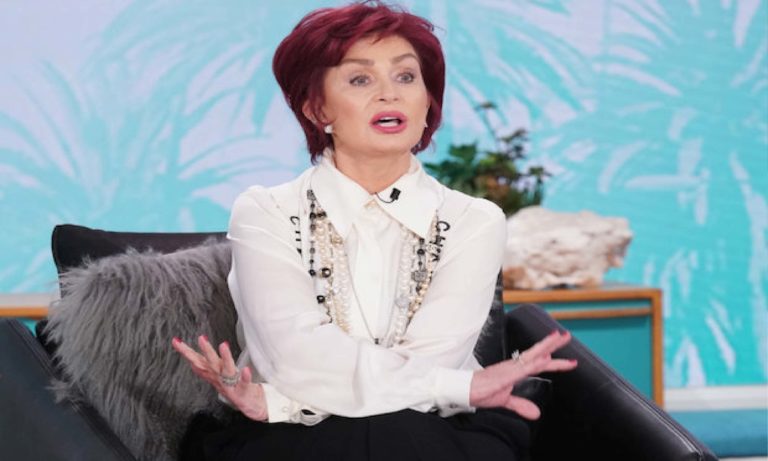 Sharon Osbourne is quitting the CBS talk show ‘The Talk,’ following the effects of her debate on racism with her co-host, Sheryl Underwood.

CBS reported the exit of Osbourne in a statement on Friday. The network stated that her attitude towards her co-hosts during the March 10 episode was found to be “not aligning” with the channel’s values.

The main reason for her exit lies behind the “Oprah with Meghan and Harry“ interview, in which Meghan accused the British royal family of being racist.

The English broadcaster, writer, and journalist Piers Morgan accused Markle of lying on the Good Morning Britain show. He later went off the set and quit the show after being called a racist.

Osbourne defended Morgan on The Talk, and the discussion got heated, as a point came when she even asked Underwood to explain why Morgan was being labeled as a “racist.”

“Educate me, tell me when you have heard him say racist things,” Osbourne asked. “I very much feel like I’m about to be put in the electric chair because I have a friend, who many people think is a racist, so that makes me a racist?”

Although Osbourne tweeted an apology, CBS suspending the show production from March 15 and started an internal investigation, however, things got worse for her as many journalists and TV personalities called her a racist.

After the show announced its hiatus, Osbourne spoke to Entertainment Tonight and Variety, stating that she had been “set up” as a “sacrificial lamb” by the show’s producers. CBS extended the hiatus to two full weeks.

The 68-year-old TV personality hired Jeremiah Reynold, a lawyer from the Los Angeles law firm, to take her case and represent her in discussion with the show owners.

A source reported, “Sharon wasted no time in getting her lawyers immediately on the case. Jeremiah Reynolds has a very strong reputation as a trial and arbitration lawyer and is handling all her negotiations with CBS.”

According to another source, Sharon will be paid a huge amount from CBS for her exit. The network may pay her a good settlement as she could write or expose the show in her interviews.

Multiple people came up on Twitter giving their opinions on her exit from the show. One user tweeted:

Time to rename the show “The Walk.” A cohost actually says something that half the country is thinking, and they can’t handle it. “Sharon Osbourne Leaving The Talk” https://t.co/2Ogcz8Gkj9

The Talk enjoyed great ratings and was rivaling The View. Osbourne was the last person of the founding panelist as all other original cast members were dumped earlier.

Osbourne is a big name in the TV industry, as she rose into prominence with the docuseries ‘The Osbournes‘ on MTV, which paved the way for many reality shows. She also appeared as a judge on America’s Got Talent and The X Factor UK.

The panelists Sheryl Underwood, Amanda Kloots, Carrie Ann Inaba, and Elaine Welteroth will continue hosting ‘The Talk‘, it is still not known if CBS will introduce a fifth new panelist or not. The Talk will return on CBC starting Monday, April 12.