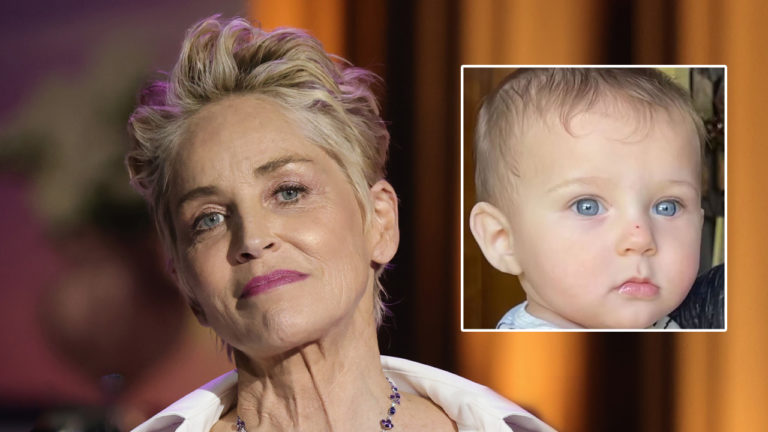 Sharon Stone who is an American actress, producer, and former fashion model opened up about her 11-month-old nephew, River’s death, revealing that through organ donation, he was able to save three other lives.

River died in August, just days after being brought to the hospital with severe organ failure, according to the Hollywood star.

The 63-year-old actress spoke on how her godson’s family was dealing with the “tragic loss” while emphasising the significance of organ donation.

Speaking to People magazine, the Basic Instinct actress said: “The fact that my godson was able to save three lives, two infants and a 45-year-old man was a sanctuary for our family.”

“I can only say that you never, never know when a tragedy will happen in your life or in your family, but this opportunity be an organ donor, it saved us, saved our family.”

She continued: “Many people have many different thoughts about this, but in the end, it gave us some peace.”

Steve Buscemi Reveals he Has Had PTSD after Volunteering at Ground Zero after 9/11
Erin Andrews Opens up on Fertility Struggle, Undergoing Seventh Round Of IVF In Her Influential Essay

Stone had uploaded a photo of her nephew intubated with multiple other tubes and wires around his body just three days prior to his untimely passing. River is the son of Stone’s younger brother, Patrick Stone, and his wife Tasha.

“My nephew and godson River Stone was found in his crib w total organ failure today,” she explained in the caption on Friday. “Please pray for him. We need a miracle???.”

Stone claimed she was still processing the loss while her family mourned the tragedy in another post. She captioned the photo of a couch, luggage, and trio of canvases on the wall in what seems to be a hotel room “the stages of grief” two weeks ago.

“God needed River in Heaven,” she captioned the same footage her sister-in-law had shared as “Tears in Heaven” played. “I can’t say more than I needed him here on Earth because my heart is shattered into a million pieces.“

“My days will never be the same and I have no idea how I am supposed to live my life without the sweetest boy in the universe. I am crushed.”

She continued in the caption: “River William Stone you were loved beyond measure. Leaving your hospital room today was the hardest thing I’ve ever had to do. I will ALWAYS love you, my sweet baby boy.”

It is very sad to lose your child at such a young age. The pain of River’s mother and his family is real. Nothing can compensate for the loss of their beloved River.

According to statistics shared by orgondonor.gov, “Every donor can save 8 lives and enhance over 75 more, and yet 17 people die each day waiting for an organ transplant.”

The good news, however, is that a noticeable increase has been seen in the organ donation trend (of the 58 organ procurement organizations who coordinate deceased organ donation, 48 experienced an increase from 2018 to 2019.

Seeing popular influential personalities sharing such powerful stories about organ donation, we can hope to see the trend only go upwards from here on.