1,425 Showrunners and Directors Raise $2.5M: Intend on Raising Another $2.5M to Aid Women in Accessing Abortions 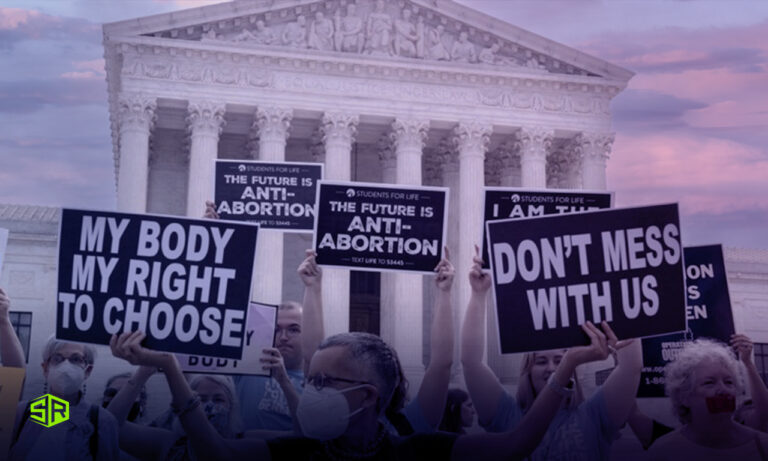 Nearly 1425 showrunners and directors have come together and raised $2.5 million in order to help women gain access to abortion services in the states where it’s illegal to abort. The organizers for Hollywood4AbortionAccess intend on raising another $2.5 million to support their cause.

They believe women all over the country should be helped in this regard and not just those who are working in the entertainment industry. The collected amount will be donated to the National Network of Abortion Funds.

The organizers are also demanding that major studios adopt plans to ensure that “all employees and other production workers in need of emergency reproductive healthcare can be transported expeditiously across state lines.” Specifically, if they live in States where abortion is illegal due to the overturning of Roe v. Wade.

See for yourself how they’ve stirred social media:

I'm part of a group of showrunners/creators who are raising money to help people access abortion. Help us raise $5 million for this vital work! @abortionfunds #abortionishealthcare #hollywood4abortionaccess pic.twitter.com/58G7eYBwzP

Join me and #Hollywood4AbortionAccess in helping raise $5 million for @abortionfunds. The National Network of Abortion Funds is a network of local abortion funds, supporting people who need access to abortion now. #AbortionisHealthcare pic.twitter.com/BV6TMNF6wo

Anything you can give helps those in need right now. https://t.co/z2qWyE3QTe pic.twitter.com/sNGIdcC4Tc

The directors and showrunners are also demanding that studios play their part so that their employees can be assured that they have access to abortions. Just last month, the organization sent letters to Amazon Studios, AMC Networks, Apple TV+, Paramount, Netflix, NBCUniversal, Warner Bros. Discovery, and the Walt Disney Company.

They expressed their “grave concerns” regarding every company’s “lack of specific production protocols” to safeguard their employees in the anti-abortion states.

The studios responded with a joint statement:

“Each of our individually designed corporate health plans provides comprehensive health care coverage for our respective employees. We have been independently updating our respective employees – who live and work throughout the country – as plans and policies change and expand to provide reproductive care and other support now needed in states that have restricted or outlawed abortion access.”

“We are pleased that our industry partners have quickly addressed this important issue and are committed to continuing to evaluate ways that we can best provide for our employees and workers who support our productions.”

“We want to assure you that we are individually focused on supporting the health, safety, well-being and privacy of our respective employees and those who support our productions as we continue to monitor this evolving situation. We look forward to working with you to continue to make great content for our audiences around the world.”

Many celebrities have voiced their outrage ever since the Roe. v Wade got overturned. Billie Eilish and Phoebe Bridgers condemned the ruling in the most explicit words and chanting at a concert in Glastonbury, “F—- the Supreme Court.”

The Duchess of Sussex, Meghan Markle also stressed on abortion rights saying “men ought to be more vocal in this moment and beyond because these are decisions that affect relationships, families, and communities at large.”

National Network of Abortion funds provides assistance, travel, lodging, and any type of support required by abortion seekers. It’s a budding community that has a heart of gold in order to help people get the right they were denied so unjustly.