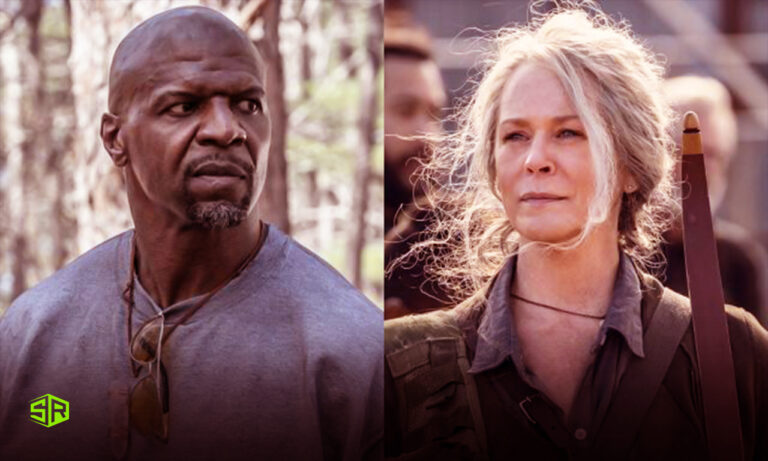 Terry Crews, veteran Hollywood actor, and the latest incumbent of the “Walking Dead” universe is readily looking forward to getting an opportunity to take Daryl’s role in case Carol Peletier and Daryl Dixon can’t do a “Walking Dead” spin-off conjointly.

“She may not be in this Daryl spin-off as they originally planned,” Terry Crews shared his thoughts with Insider via Zoom while talking about his role in the newest spin-off, “Tales of the Walking Dead.” “But what would be welcoming is if there was some way she could do something — if I come back and we do some more things.”

“I’m already seeing it,” Crews further added, who plays the character of Joe, a doomsday planner in “Tales” during the initial days of the apocalypse. “It’s so, so amazing.”

Originally announced back in September 2020, the previous untitled “Carol and Daryl” TV series was revealed as a spin-off series that would delve further into the intimate relationship between Carol (Melissa McBride) and Daryl (Norman Reedus).

In April this year, AMC confirmed in a statement made to Insider that McBride was leaving the spinoff series, which will now be set and recorded in Europe.

With the episode set to premiere tonight, the official Twitter handle of “The Walking Dead on AMC” tweeted today early this morning that if fans want to know about the day that Terry spends he will be taking over their Instagram account the following day. So today along with the episode premiere you can watch Crews on “The Walking Dead on AMC” Instagram account.

Get a look at a the day in the life of @TerryCrews on @AMCTheWalkingDead, on Instagram, before he makes his #TWDUniverse debut on the premiere of #TalesOfTWD at 9/8c tonight. Welcome to the #TWDFamily Joe! pic.twitter.com/BzyHeQeBkb

As per the statement of AMC, “relocating to Europe became logistically untenable for Melissa at this time.”

Reedus apprised his fans that “the Carol/Daryl story isn’t over yet,” in the “TWD” panel discussion at San Diego Comic-Con in July,  hinting that there are possible plans for something else in the pipeline.

It seemed like surprising news to McBride, who was sitting next to Reedus during the discussion, as the “TWD” actress gave a string of baffled looks at the indication of their tale continuing.

Among the few surviving “TWD” characters from the original The Walking Dead TV series, if someone merits a spin-off, it’s Melissa McBride whose role was initially believed to be killed off the TV show many years ago.

Crews heaped praise on McBride and her depiction of the titular character of Carol Peletier, stating to Insider he would be disappointed if McBride’s character doesn’t last till the final eight episodes of “TWD,” coming on air this fall.

“I would be devastated if something happened to her,” Crews shared his thoughts on McBride’s character. “The way she was an abused wife and then she found her strength and became a super leader. It was like, wow. Your personality isn’t permanent.”

“It’s a beautiful arc. I would hate if anything happened to her,” he further added.

Kirsten from her Twitter handle @KirstenAcuna also shared a behind the scene photo of Terry Crews on the set of The Walking Dead.

If Carol somehow manages to survive “TWD,” possibly she should join hands with Joe, played by Crews. Moreover, Crews also stated that he hopes his TWD character could be linked to Tyreese (played by Chad Coleman) with whom Carol spent a considerable amount of time on the TV series when she was estranged from the group.

Crews believe that his episode in the “Tales” will probably happen around the Governor’s reign of terror between seasons 3 and 4 of the series. If Joe sticks around in Michigan, he is not too far from the Commonwealth in Ohio, which is his current location of Carol at the time. 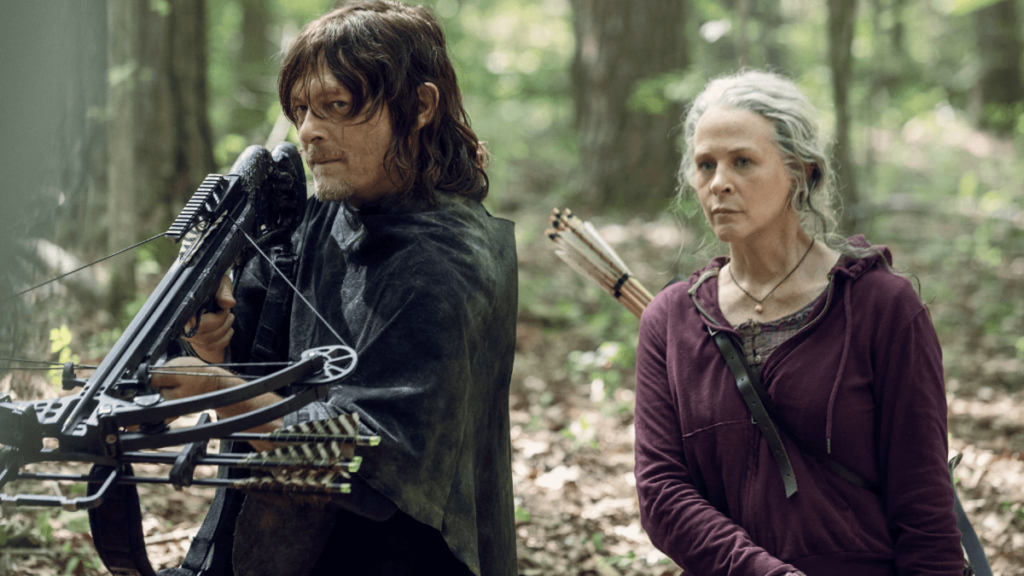 What if a Carol and Joe series is not in the cards, does Crews has any other ideas going on????

“I love this character. I love who he is and I would just love to see him somehow mixed up in the actual flagship world of ‘The Walking Dead,'” Crews stated in the interview with Insider regarding his character Joe in “The Walking Dead” universe.

“Listen, just meeting Norman Reedus, I was like, ‘Man, we could get down,'” Crews added further, “We can do some real damage.”

With Crew’s announcement of appearance in tonight’s episode of TWD and that he has taken over Instagram, the social media handle, fans are making posts and tweeting about it. One of The Walking Dead news Twitter accounts tweeted mentioning this frenzy Terry Crew created.

The caption by @TWalkingDWorld stated: “Terry Crews is taking over the #TWD Instagram! Head over to see him share behind-the-scenes content of his #TalesOfTWD experience in celebration of series premiere day!”

Terry Crews is taking over the #TWD Instagram! Head over to see him share behind the scenes content of his #TalesOfTWD experience in celebration of series premiere day! pic.twitter.com/9EUeIQUl7A

A fan expressed their surprise and excitement over Crew’s phenomenal acting and his enthusiasm for TWD, which made them become a fan of his.

Didn’t think I’d be this huge a fan of Terry Crews, but after this weekend, I am! His enthusiasm and excitement for #TWD, his love for Carol and Melissa McBride, and his phenomenal acting in tonight’s episode of #TalesOfTWD… 🔥🔥🔥 #TWDFamily loves you @terrycrews! pic.twitter.com/tHi4RBHgpB

Terry Crews is looking all excited and pumped up in anticipation of his TWD role and we believe the veteran actor and comedian will do justice to his character. If you are also a huge fan of the famous AMC TV series “Tales of the Walking Dead,” you must watch it right now!