The Buzz Around Bridgerton Season 2 is Real – Here’s What To Expect Next! 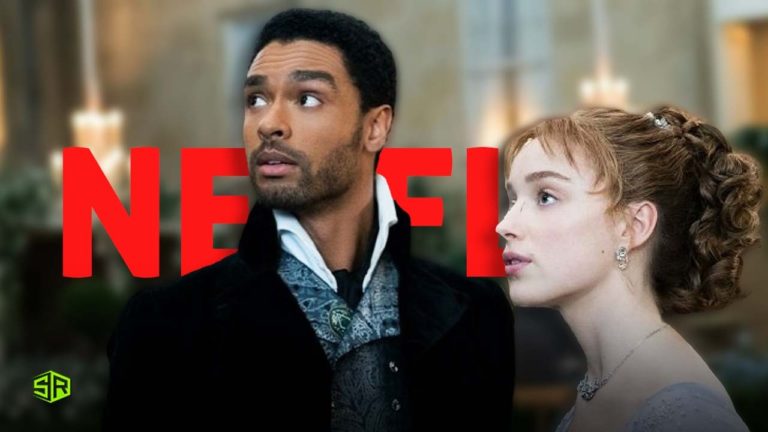 There’s a lot of buzz going around Bridgerton season 2 and it’s almost the time when fans can finally watch it on Netflix. And all the members of “ton” will be waiting for a new Bridgerton sibling.

You heard it right, “Bridgerton” is almost back with Season 2, though without Regé-Jean Page. As anticipated, the show is ready to usher you to 19th-century Regency-era Britain once more with the mesmerizing voice of Lady Whistledown (Julie Andrews) reciting the way.

The news has been made official by Netflix; Bridgerton season 2 will be released on the streaming giant on Friday, March 25, 2022.

Season one of Bridgerton came on December 25, 2020, like a spectacularly decorated and wrapped Christmas gift. Once viewers unwrapped it, they got an exquisite confection of smooth romance, indulgence, and fantasy.

It chronicled the tale of Daphne and Simon, an elite-class beauty and an emotionally downtrodden Duke who collaborated to get rid of everybody who conspired against them. The show was a stupendous distraction from the practical world. In addition, the phenomenal casting dissipated the archaic, woven web of a congruent period drama to rejuvenate an over-familiar world.

“The main narrative arc of this season is this question of head versus heart, or duty versus love, and which one wins,” notes series creator Chris Van Dusen.

Netflix revealed some new media of season 2 which stars the Bridgerton boys, also known as Anthony (Jonathan Bailey), Benedict (Luke Thompson), and Colin (Luke Newton), playing a friendly round of croquet donned in their sublime clothing.

The upcoming chapter of the series is with a new plot-line, a brand new romantic relationship, and will also feature a few new characters. The major leading cast will be returning back to the series.

“You see (Anthony and Kate) go toe to toe throughout the season, and the frustration that you feel between the two of them – it’s palpable. I’ve described them as magnets before, and you see that they truly are drawn to each other,” says Van Dusen.

Meanwhile, Lady Whistledown (Nicola Coughlan), it seems, will be up to her old antics, with one of the pictures evincing her scribbling away.

While speaking on BBC Radio 2 show of Claudia Winkleman, she stated: “[After] that reveal at the end of series one, you very much get to see behind the curtain in series two.”

“We see how she gets away with the things that she gets away with. And for me, it was so much fun because in series one she’s a shy, retiring wallflower, and then series two you go, ‘oh, she’s got all this new stuff going on,’ and it was extremely fun to film,” She further added.

However, it won’t be an easy outing for the gossip writer in season 2, as Coughlan earlier reminded that Penelope would be coming with “repercussions.”

“I think you know, she’s certainly been lying to literally everyone in her life and I think you’ll see the repercussions of that and I think you’ll see she’s not – I always say it’s like a Britney Spears year, she’s ‘not a girl, not yet a woman’. She definitely matures from series one. And I think she thinks she’s much more a woman of the world than she actually is,” she revealed to RadioTimes.com in October last year.

Moreover, Coughlan also made the revelation that Penelope’s “closer” relationship with her crush and love interest Colin Bridgerton would be getting more intense.

She stated, “You get to explore their relationship [in season 2], they’ve become closer in this sort of gap [since] we’ve last seen them.”

Jonathan Bailey, on the other hand, also revealed in an interview that the Bridgerton season 2 will explore why the character of Anthony exhibits such “toxic” traits.

“The idea that [Bridgerton] is coming out again is a bit of a rug pull,” Bailey stated while talking to GQ. “It’s quite scary. What it means to be a rake, and how his anxiety and self-hatred plays into that. [In typical period dramas] you never really get behind the men, or know why they’re avoidant and toxic.”

Netflix is a streaming platform that has different content libraries for different countries and regions due to content licensing issues. You can connect to a VPN to change your Netflix region to break free of those boundaries and explore similar shows that may not be available in your country. To connect to a top-quality VPN app. Now!

Here’s the Bridgerton season 2 trailer that was released back on February 14, 2022.

Given the fact the love story of Phoebe Dynevor (Daphne Basset) and her spouse Regé-Jean Page, the Duke of Hastings (Simon Bassett), has been concluded, we will be seeing these characters less on the show from now on.

In fact, back in April 2021, a letter from Lady Whistledown reaffirmed that we will “bid adieu” to Regé-Jean Page, who will not be reappearing with his character in season 2.

However, while appearing for an interview with the British GQ back in September 2021, Bassett refused to rebuff the possibility of his surprise appearance. So, fans will have to wait and see.

As far as Dynevor is concerned, she will be reappearing with the role of Daphne and her focus will be on “helping her brother navigate the upcoming social season” in the upcoming episodes.

In fact, Dynevor had previously claimed: “There’s no such thing as a happy ending, is there? I think love’s always shifting and changing. So who knows? I’d like to see what happens next. And also, I’d like to see Daphne get involved in Anthony’s love life since he was so involved in hers.”

Season 2 will be giving its complete focus to Anthony, the eldest sibling in Bridgertons.

The popular Regency romance series of Netflix will now focus on Anthony played by Jonathan Bailey, the eldest brother in the Bridgerton family, a handsome bachelor who is set on the quest to find a beautiful bride. This search of his will lead him to have an astonishing encounter with the Sharma sisters, Kate played by Simone Ashley and Edwina played by Charithra Chandran.

In this season, Kate, being the gatekeeper of her sister against the potential suitors, tries to avert Edwina’s meeting with Anthony, as she believes that he is nothing more than a Scoundrel with a capital “S”. She gets caught in a wordy argument with Anthony the eligible bachelor, which later unconsciously brings the two of them closer to each other.

Showrunner Chris Van Dusen has dropped hints already back in April 2021, that the Bridgerton series can go on for eight seasons as per the novel editions, on which the series is based. Each season of the series will be focused on each Bridgerton sibling: Anthony, Colin, Benedict, Eloise, Daphne, Francesca, Hyacinth, and Gregory. And now Netflix has also confirmed that Bridgerton is renewed for seasons three and four as well.

Van Dusen will be handing over the duties of the showrunner to Jess Brownell for seasons three and four as he is continuing to wheel the making of season two only.

As season 1 of the Netflix original Bridgerton has set the bar quite high and got popular among the audience like wildfire due to its intimate moments and the fairytale-like story, some fans may get disappointed by this season. As it is told by the creator that sex scenes are maybe less frequent in this season, as compared to the absolute number of what we have seen between Daphne (Phoebe Dyvenor) and Simon (Page) in the previous season.

Fans will also see the modern music choices. As the producers once again dived in the orchestral pop song covers to include in this season.