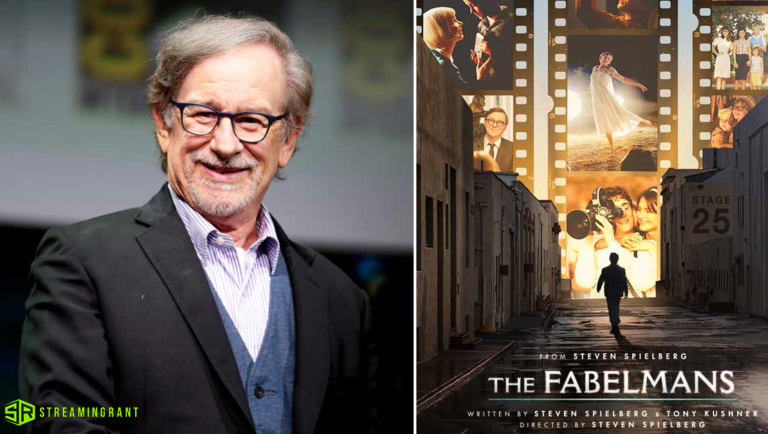 Watch the gripping trailer of “The Fabelmans” and experience the greatness of Steven Spielberg.

Undoubtedly, TIFF’s people’s choice award is a stepping stone for filmmakers, actors, and producers wishing to make their mark on the cinema’s biggest stage – the Oscar. Over the course of the last few years, TIFF winners such as “Nomadland” and “Green Book” have gone on to collect the best picture prize at the Academy Awards.

Ever since the people’s choice category was shaped, 7 recipients took the best picture awards at the Oscars — 5 of which were in the last two decades.

Speaking to the attendees and audience after receiving the People’s Choice Award, Spielberg stated, “As I said on stage the other night, ‘Above all, I’m glad I brought this film to Toronto!’ This is the most personal film I’ve ever made, and the warm reception from everyone in Toronto made my first visit to TIFF so intimate and personal for me and my entire Fabelman family,”

Here it is! The much awaited moment. TIFF announces the People’s Choices Award winner.

Movies are dreams that you never forget. 🎬

Spielberg further added, “Thank you to Cameron Bailey and the incredible staff at TIFF; thank you to Universal Pictures; and a very special thank you to all the movie fans in Toronto who have made this past weekend one I’ll never forget.”

'The Fabelmans' review: Spielberg's latest is the best movie of the year https://t.co/MWv06RjnVD pic.twitter.com/GfbHtyPggQ

In the last couple of years, winning the People’s Choice Award at Toronto International Film Festival has become what many deem to be an indication of a guaranteed nomination at the Oscars and potentially a Best Picture win too.

Let’s take a look at some evidence of the recent past.

Starting in 2008, every Toronto International Film Festival winner was nominated by the Academy for Best Picture (Except for Nadine Labaki’s Where Do We Go Now in 2011). It is important to keep in mind that 5 out of 13 films that were nominated, went on to take the Best Picture award home. Some of these films were Nomadland, Green Book, 12 Years a Slave,  The King’s Speech, and Slumdog Millionaire.

For Spielberg, The Fabelmans was no ordinary project, it was quite unorthodox in so many ways, apart from shedding light on the memories of his own childhood.

This could be one of the very few movies that are a part of his massive portfolio, in which he has any sort of writing credit. It was written in association with Tony Kushner, the 4th collab between Spielberg and the Angels in America playwright. Though Spielberg is known for producing truly fascinating movies, they are hardly ever in competition.

Spielberg credited the pandemic as a catalyst for getting this award winning movie made. The enforced time off got him asking, “What was the thing that I need to resolve and unpack about my mom, my dad, and my sisters?” Spielberg also mentioned that The Fabelmans was his way of “bringing my mom and dad back.” Even though the movie does have a crisp conclusion to it, he said at the premiere that The Fabelmans was not his swan song and he was not retiring.

Check out what Spielberg had to say on this amazing win at TIFF.

Speaking on the eve of the auspicious event, TIFF’s executive director Cameron Bailey said, “2022 brought an exceptional selection of films that excited festival audiences around the world,” He further stated “Our lineup showcased beloved auteurs alongside fresh voices in filmmaking, including numerous women powerhouses. TIFF welcomed guests, press, industry, international stars, and directors back to the city and into cinemas. The sweeping range in cinematic storytelling from around the world is a testament to the uniqueness of the films that are being made. We’re so grateful and proud of this year’s festival.”

The Fabelmans opens in Los Angeles and New York theaters on November 11, then worldwide on November 23.

TIFF has been making a lot of headlines lately, first with Harry Styles receiving his first acting award and then with “The Fabelmans” surprising People’s Choice Awards win among other.