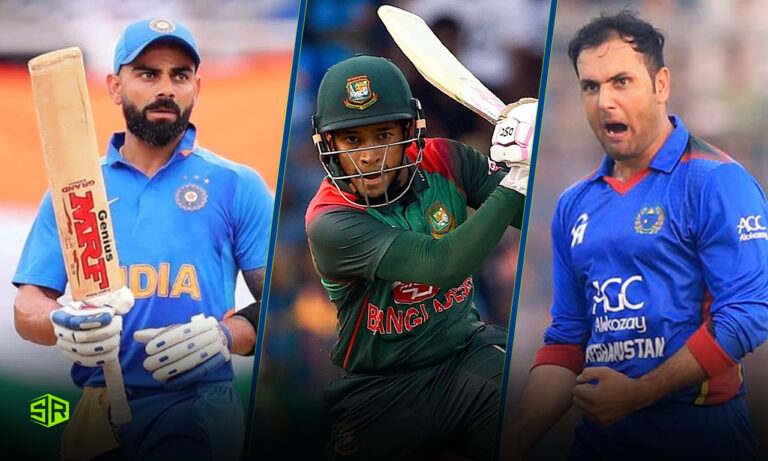 Asia Cup 2022 is the ideal warmup for many Asian countries right before the ICC T20 World Cup 2022 kicks off. Cricket fans across the globe get to see the world’s biggest cricket rivalries, India vs Pakistan, among other action packed matches.

Given the fact that Asia Cup follows the T20 format and takes place every four years, chances are many players might retire from this format or even international cricket as it seems. Here are three players who will not be playing in another Asia Cup after this.

This Afghanistani player is an absolute legend in the T20I cricket tournaments. For the last two years, Nabi has had the highest strike rate in the last five years in freelance cricket leagues. In the death overs, his strike rate is 172. He started his career playing alongside Akash Chopra, the renowned Indian analyst, during an exchange program between India and Afghanistan.

In the Asia Cup 2022, Nabi will lead his team as the Captain. Unfortunately, one of the factors not in his favor is his age and the fact that his international retirement also draws nearer.

According to @_CricStats_ Mohammad Nabi has quite the history of owning death overs like they’re practice balls for him compared to other players:

Mohammad Nabi has the highest strike-rate in death overs since 2018 in T20Is.

One of the main men in the middle-order batting lineup for Bangladesh: Mushfiqur Rahim. He has been the backbone of his team for over a decade. Again, his age could only help him perform to a certain extent making it difficult for him to continue playing in the T20s. The lad’s no less dedicated when it comes to giving his all on the battlefield.

However, BCB is looking at their younger options, much like Liton Das, to carry forward the team’s legacy. Hence, it is a huge possibility that Asia Cup 2022 might be Mushfiqur Rahim’s last one. Mushfiqur Rahim, along with Shakib Al Hasan, made one legendary duo that led the Bangladeshi team to victory through many crucial moments in the past 15 years.

In 2018, Mushfiqur Rahim scored 144 runs, the highest in the said Asia Cup against Sri Lanka:

Virat Kohli may very well be playing his last Asia Cup as well. The poster boy of Indian cricket has not had it easy. The workload has been tremendous for the talented lad, so he might decide to take a break from playing international T20 tournaments.

Although he may continue to play his country’s IPL T20, given it’s a platform bigger than many international tournaments. With his love and dedication for test cricket being unparalleled to anyone, he wouldn’t compromise in any other way. So, the only option that remains is to drop the T20Is.

As of late, the cricketer’s been receiving a lot of criticism over his form; however, he’s determined that he can turn things around before Asia Cup 2022. He even went on to say, “I know where my game stands.”

Virat Kohli is confident of turning things around ahead of Asia Cup 2022.#CricTracker #ViratKohli #AsiaCup2022 pic.twitter.com/hx1zhC7ia5

So, gear yourself up as the Asia Cup 2022 kicks off with Sri Lanka vs Afghanistan on 27th August. In case you live in the USA, here’s how you can watch Asia Cup 2022.

Furthermore, we know you excitedly await the showdown between India vs Pakistan Asia Cup, so don’t forget to tune in on 28th August.