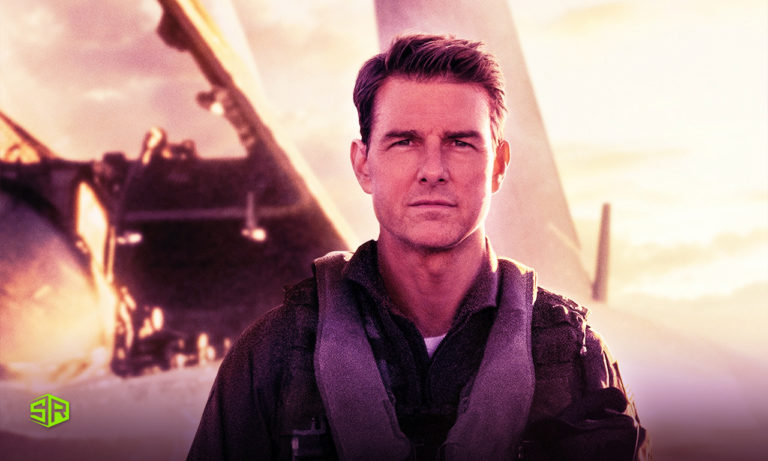 “Top Gun: Maverick” landed itself the biggest Memorial Day weekend opening by earning an impressive $156 million at the domestic box office within four days of its release.

As per the updated estimate by Comscore, a measurement firm, Paramount’s highly anticipated “Top Gun” sequel dethrones “Pirates of the Caribbean: At World’s End” which held the record-setting Memorial Day title after earning $153 million in 2007 over the holiday weekend.

The movie is directed by Joseph Kosinski and stars the dashing, Tom Cruise. Once more the actor dons his iconic Navy pilot uniform to play the role of Pete “Maverick” Mitchell, 36 years later after charming the audience with his performance in the prequel, “Top Gun.”

The story revolves around Maverick as he’s sent back to the Top Gun program so that he can train the next generation of elite fighter pilots.

Top Gun: Maverick blew Paramount and Skydance’s expectations by a huge mile. They were expecting a turn out of $124 million from Friday to Sunday and wrapped the weekend with $151 million. However, the movie had a bigger turnout on Sunday and Monday, pushing the earnings to $126 million and a gross total of $160 million, after a four-day run.

At the moment, the movie’s being screened at 4,732 North American cinemas making it the wildest release of all time.

Whereas at the international box office, Cruise’s “Top Gun: Maverick” took flight with $139 million, hence, bringing its total earnings to more than $300 million.

Keeping up with the summer movie trends, Top Gun: Maverick managed to bag itself one of the top domestic openings after the pandemic – and that too without the help of any superheroes. “Spider-Man: No Way Home” earned $260 million, “Doctor Strange in the Multiverse of Madness” earned $187 million, and “The Batman” took home $134 million.

So expectations for the upcoming releases are also at an all-time high. The future line-up of “Jurassic World Dominion” (June 9), “Elvis” (June 24) and Jordan Peele’s “Nope” (July 22), have big shoes to fill, and will hopefully manage to win the audiences apart from the Marvel movies genre.

“Top Gun: Maverick” also happens to be the biggest debut in the 40-year-old Cruise’s career, making it his first movie to surpass $100 million in a single weekend. Previously, “War of the Worlds” opened to $64 million in 2005 was his biggest opening weekend, followed by “Mission: Impossible – Fallout” which came out in 2018 and bagged $61 million.

The $170 million-budgeted Cruise starrer picks up decades later after the original. Maverick returns as an instructor to train a bunch of cocky aviators as a crucial mission awaits them. The movie also stars Miles Teller, Jon Hamm, Glen Powell, Jennifer Connelly and Val Kilmer, who played Iceman in “Top Gun.”

The ticket sales got a boost thanks to the positive word of mouth, premium screens and raving reviews. The film earned $21 million alone from IMAX, has been rated 97% on Rotten Tomatoes and also got an extremely “A+” from CinemaScore.

Nearly 55% of the ticket buyers were 35 or older as per expectations. The turnout is still impressive given the adult audiences weren’t inclined to return to cinemas given the pandemic situation.

Needless to say, Maverick’s amazing stunts blew the minds of younger fans. With such a bombastic opening, the film will continue to appeal to the younger crowds for sure.

@STEEEZUSCHRIST shared his least favorite part of the movie:

My least favorite part of Top Gun: Maverick was when my girlfriend loudly said “are you crying?” and a bunch of people started looking at me

@glenpowell himself retweeted a fan’s love for the movie:

“Top Gun: Maverick” should be a safe place for man-tears. https://t.co/1h2mDEZZFb

@Lons wrote a heartfelt review for the movie:

TOP GUN MAVERICK is the least cynical Hollywood film in maybe a decade. No winking, no deconstruction, no arch attempts to outsmart the audience. Just a big satisfying heartwarming well made piece of mainstream entertainment. I freaking loved it.

@TheCriticalDri2 tweeted his satisfaction with the sequel by saying:

Top Gun: Maverick was everything I wanted it to be. Exciting, fun, action packed, nostalgic and respectful of the past. THAT'S how you do a fucking sequel!!

What about you? Have you watched the Tom Cruise starrer Top Gun: Maverick yet? Share your experience of this cinematic masterpiece in the comment section below!