Travis Scott Returns To The Stage In Miami After Astroworld Tragedy 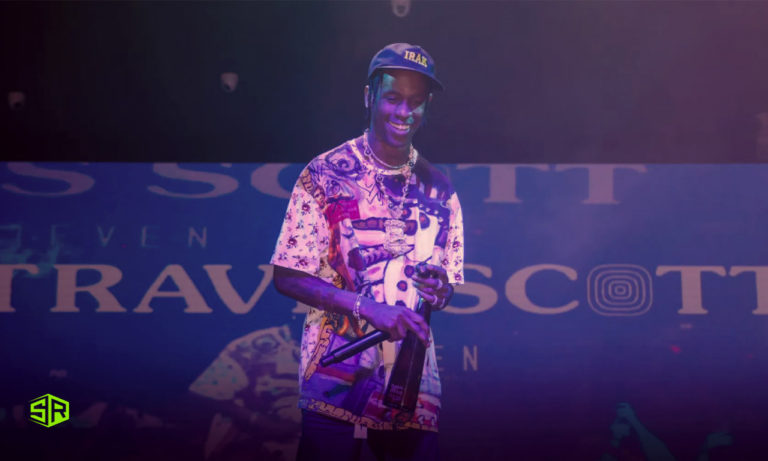 Travis Scott has done his first public performance since the 2021 Astroworld event facing a $2 billion Lawsuit, which killed ten people according to the medical examiner.

The 31-year-old rapper performed a 45-minute show at Miami nightclub E11even about 3:30 a.m. on Sunday (May 8) that included classics including “Pick Up the Phone,” “Highest in the Room,” “Goosebumps,” and “Sicko Mode.”

Scott allegedly gripped a bottle of Don Julio 1942 throughout the high-energy performance, while throwing a bundle of money into the sold-out audience and urging people to take shots.

Travis Scott stepped atop a speaker on the stage of Miami nightclub E11even at four a.m. on Sunday. “I’m sorry nobody can be higher than me,” The 31-year-old rapper yelled at the sold-out audience crammed into the two-story auditorium.

Seven months have gone since ten people were killed, 25 more were hospitalized, and over 300 concertgoers were examined for injuries sustained as thousands of Scott fans rushed onto the platform at the rapper’s Houston event. In the following, Scott received a barrage of criticisms for continuing to play even after authorities declared a mass casualty event, as well as a flood of lawsuits from victims and guests blaming him and Astroworld organisers for the tragic disaster.

Even with the scandal still hanging around him, Scott didn’t hold back at E11even, putting on a fiery performance for a crowd that included hundreds of partygoers who paid $300 each to see his first public gig since November.

Reece Brown, a 26-year-old Scott fan, was among the thousands who waited in line for more than an hour before the rapper hit the stage. This weekend, Scott hosted a party loosely related to the Miami Grand Prix Formula One event. General entry was $300 for males and $200 for ladies, according to a doorman. If anyone needed to cut the queue, the doorman indicated it would cost another $200 in cash. It was a huge markup given pre-sale tickets online were only $50.

“Travis Scott usually costs half a million dollars to perform at your venue,” said the doorman. “And he hasn’t performed in seven months, so this one is highly anticipated. We pre-sold all our tables. Reservations were averaging $50,000 tonight.”

A dozen individuals dropped out, but Brown was unfazed by the three-figure admission price. “I’ll pay $1,000 if I have to,” he said. “There’s a 25 percent chance he doesn’t show, but if he does, it’s worth it. I am a huge Travis Scott fan.”

No one should criticize Scott for what transpired at Astroworld, according to Brown.  “When you are on stage with all those lights in your face, you can’t see what’s going on in the crowd,” Brown rationalized. “Even if 500 people fell over, there’s no way to see that.”

The more than 380 cases filed against Scott, Live Nation, Contemporary Services Corp., Apple, and others seek billions of dollars in damages. The allegations, which have been combined into a master case, argue that the crowd surge during Scott’s performance at Astroworld was avoidable and that the festival was improperly organised and staged.

Scott has also developed a reputation for inciting his followers to go crazy at his performances, including creating dangerous mosh pits and encouraging people to leap from balconies. Scott encouraged supporters to leap over concert barricades at Lollapalooza in 2015, prompting them to shout, “We want rage.” Scott ran as officers sought to arrest him for inciting the mob. He later pled guilty to reckless and disorderly behaviour.

Scott showcased some of the raw energy that his followers feed from at E11even, but no one was moshing. E11even had reached capacity by the time he hit the stage soon after 3:30 a.m. The hybrid nightclub/adult cabaret seats around 500 people. When Scott walked out in an oversized t-shirt, blue pants, and white-and-red Air Jordan sneakers, the dance floor and VIP tables were filled.

“Everybody owes me a shot,” Scott yelled into the microphone. “We need every stripper to report to the fucking stage right now. We need every bottle reported to this motherfucking floor. At club E11even, that ass better shake.”

He then launched into lyrics from Young Thug’s “Bubbly,” followed by a boisterous performance of his legendary smash “Antidote.” Quavo went on stage halfway through the concert to sing their song “Pick Up The Phone.”

Pick up the phone didn’t get the love it deserved when it came out https://t.co/RmEiDqQ45N

Scott performed a flapping wings gesture with his hands and danced around Quavo when he delivered the lyric, “birds in the trap sing Brian McKnight.” He was definitely happy to be back on stage. And the audience reacted in kind, rapping along to every song.

As Scott finished the night with “Goosebumps” and “SICKOMODE,” E11even’s exotic dancers crowded around the live stage and clapped their cheeks, and took turns mounting the pole.

Fortunately, no one was trampled. Other celebrities like Megan Thee Stallion Postpones Houston Show for Astroworld Victims.

Out of respect for the lives lost in Houston earlier this month, I have decided to cancel my show at 713 Music Hall on Dec. 3,”

the rapper revealed while talking to the Houston Chronicle.

Houston is still healing, and it’s important that our community be given the appropriate time to grieve. My heart goes out to all the families that are suffering during this difficult time.