Will Smith Apologizes to Chris Rock Over the Oscars’ Incident: Says ‘Disappointing People Is My Central Trauma’ 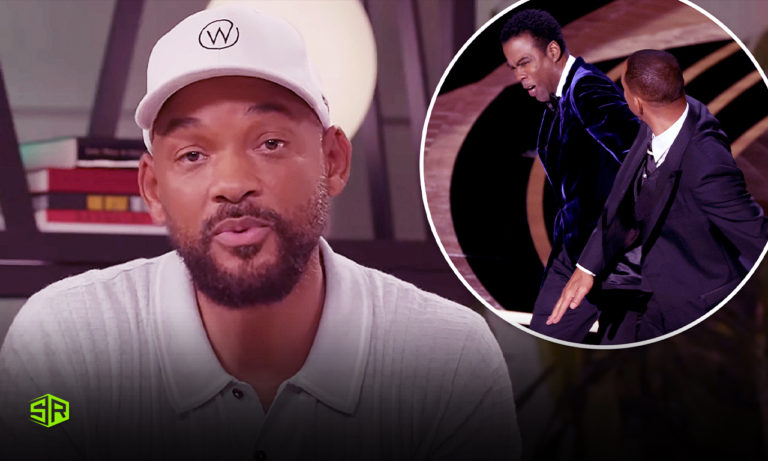 Will Smith shared a six minutes long video on his YouTube channel apologizing to Chris Rock for slapping him during the Oscars in March. The actor also went on to address questions plaguing a number of people.

“I’ve reached out to Chris, and the message that came back is he’s not ready to talk and, when he is, he will reach out.”

Looking into the camera, Smith said:

“I apologize to you. I’m here whenever you’re ready to talk. There is no part of me that thinks that was the right way to behave in that moment.”

Will Smith won his first Oscar that night for his amazing performance in “King Richard.” The Oscar-winning actor also said that his wife, Jada Pinkett Smith, didn’t instigate him in any way after Rock made the crude joke about her bald head.

The “Vacation” singer @TheJessieWoo pointed out how her favorite moment from Will Smith’s apology video was how he made it clear that Jada never told him to do anything:

My favorite part of Will Smith's apology is him making it CLEAR that Jada never told him to do anything to Chris after his joke. So many people built a following off of blaming Jada and spewing hatred at her for what Will did.

In case, you didn’t know Pinkett Smith suffers from alopecia, hence, the bald head due to hair loss. She has been candid about her battle with alopecia. On April 1st, Jada only shared a single statement on her Instagram breaking the silence on the Oscars incident, “This is a season for healing and I’m here for it.”

The “Red Table Talk” host also rejoined the show a month later and revealed that the “Smith family is focusing on deep healing.”

Chris added in the video:

“I made a choice on my own, from my own experiences, from my history with Chris. Jada had nothing to do with it. I’m sorry, babe. I want to say sorry to my kids and my family for the heat that I brought on all of us.”

He also apologized to his fellow Oscar nominees, specifically Questlove, who accepted the Oscar for the best documentary for his movie “Summer of Soul,” just right after the slap.

“It really breaks my heart to have stolen and tarnished your moment. I can still see Questlove’s eyes. You know, it happened on Questlove’s award. And, you know, it’s, like, ‘I’m sorry’ really isn’t sufficient.” 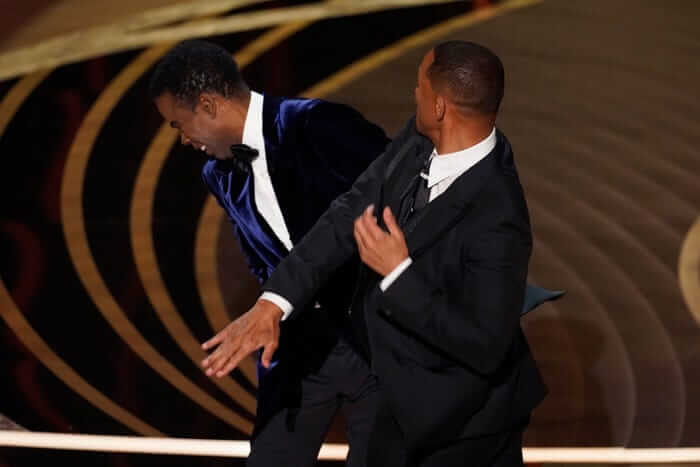 Smith, right, hits Rock on March 27 at the Dolby Theatre in Los Angeles.

He also went on to address people he let down:

“Disappointing people is my central trauma. I hate when I let people down. It hurts me psychologically and emotionally to know I didn’t live up to people’s image and impression of me,” he added. “I’m trying to be remorseful without being ashamed of myself. ”

“I made a mistake, and I’m trying not to think of myself as a piece of shit.”

The video ended with Will Smith saying,

“I know it was confusing. I know it was shocking. But I promise you, I am deeply devoted and committed to putting light and love and joy into the world and, you know, if you hang on, I promise we’ll be able to be friends again.”

Ever since the Oscars, Rock has mentioned the incident occasionally during his stand-up shows.

In one of his shows, PNC Bank Arts Center in Holmdel, New Jersey, on Sunday, Chris Rock revealed his actual sentiments about the Oscar fiasco by saying:

“Anyone who says words hurt has never been punched in the face. I’m not a victim, motherfucker. Yeah, that shit hurt, motherfucker. But I shook that shit off and went to work the next day. I don’t go to the hospital for a papercut.”

Apart from the apology video, Smith also apologized to Chris Rock in an Instagram statement issued on March 29th.

The actor started off with, “Violence in all of its forms is poisonous and destructive” and went on to explain why he reacted the way he did and publicly apologized to Chris Rock:

Will Smith has also been banned from attending Oscars for the next 10 years.

Let us know your thoughts on the apology video by Will Smith in the comment section below. Here’s to hoping the two parties involved in the Oscars’ incident can reconcile and let bygones be bygones.