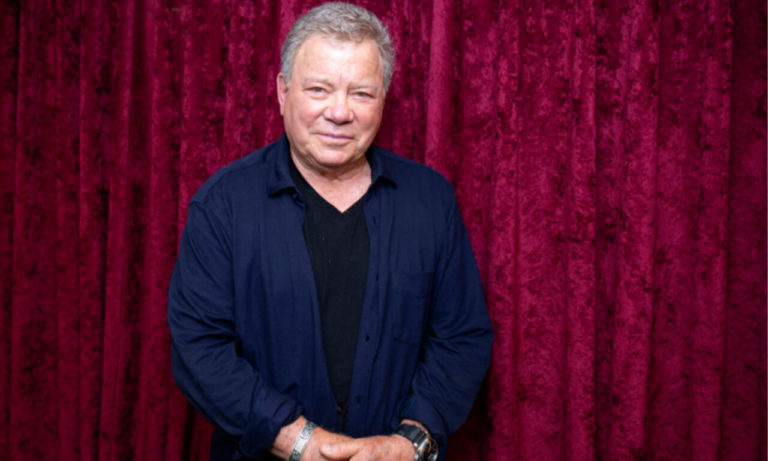 As the world celebrated William Shatner’s 90th birthday on March 22, the actor confessed his fear of getting older and dying in a recent interview.

Shatner was recently seen in his latest film Senior Moment, co-starring Jean Smart and Christopher Lloyd. The film is getting average reviews from the critics and has made $16,543 on the Box office.

The Star Trek actor showed no signs of aging in his recent interview on his latest film, as he discussed his fears of getting older.

William has played the role of a retired Air Force pilot, Victor Martin, who decides to relive his youth by cruising in his Porsche 356 with his best friend, Sal Spinelli. Shatner’s character in the film ‘Senior Moment‘ is met with harsh realities as he goes after young ladies; relating with the character, Shatner confesses that it is getting hard for him to accept his growing age.

“It’s a disgusting number. I mean, I don’t like 90. When I heard that 90 was coming up, I thought, ‘What the heck is that?’ I remember 90 way back when I was in Canada, and I thought ’90! People don’t live till 90.’ And here I am,” Shatner disclosed his discontentment in an interview on CBC Radio’s Q.

The 90-year-old actor has a lot under his sleeves at the moment, as he is working on his upcoming podcast, recording a new music album, and his ongoing TV series, The UnXplained.

Shatner was earlier wrongly diagnosed with prostate cancer in 2016. Although the cancer was later found to be negative, its fear led Shatner to forget about the disease.

The Boston legal actor acknowledged his fear saying, “If you had asked me, ‘Did you ever have a cancer scare?’ I would have said no because it’s so frightening. It went out of my mind.”

Recently, Shatner announced a one-week break from Twitter, as he had ‘Gone Fishing.’

William Shatner was married four times in his 90 years of life, and his recent marriage ended in divorce last year after lasting for 20 years. He shared his personal feelings on being lonely in his latest song, titled Loneliness.

The actor answered the question of if he believes in life after death, that he has thought about it a lot. He explained, “Loneliness is endemic to human beings, we are all essentially alone. As much as we are with other people, we are alone now. People who are religious say, ‘Well, there’s God. And God is with you and is the father figure.’ And I don’t happen to believe that. I envy those who do. I think we die, and our bodies are consumed, and we enter the universe.”

A few weeks back, the Star Trek actor revealed that he has never seen an episode of Star Trek as it is all painful for him to watch. “I have never watched Star Trek,” he said. “There are many episodes I don’t know, there are some movies I don’t know.”

You May Also Like: Which Character from the Original Star Trek Series Are You Based On Your Zodiac?

Despite his growing age, the fear of death still haunts Shatner as it haunted him during his youth. “A scary day is dying,” he remarked. “The mystery of loneliness now comes in. The mystery — what’s going to happen? That’s scary.”

William is focusing on his physical and mental health, which is keep him going strong, he shared, “I try to focus on the beauty of life, which is eggs, and the mountains, the horses, love, dogs, tea, [and the] taste of orange, which I just had. The sensory and philosophical beauty of life, the connection that I know that all life has is something so profoundly moving that I think of it a lot.”