Cobra Kai: ‘Hawk is a Mole’, according to a Fan Theory 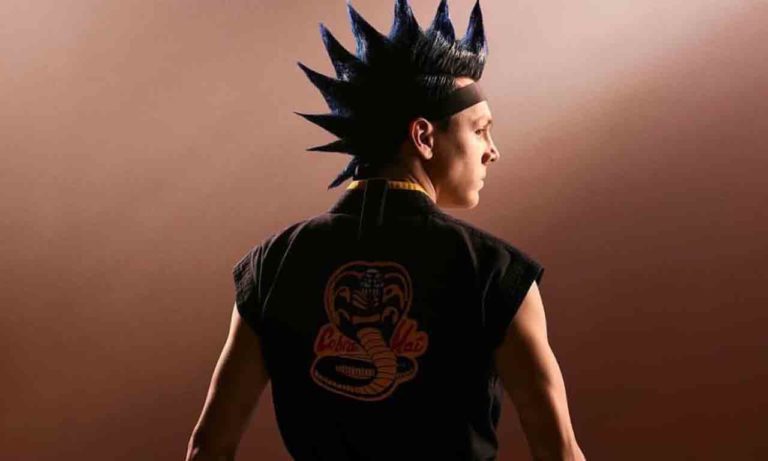 Cobra Kai season 3 ended with a great twist in the plot when Hawk joining Eagle Fang and Miyagi-Do’s side, turning his back on Kreese. Fan theory suggests that “Hawk is a mole!”

The ending of season 3 was very rousing and happy-looking for many fans. However, it has stirred up some new fan theories about what we might get to see in season 4. Fan theories aren’t always spot on, but some make sense and are almost correct.

I recently stumbled upon a fan theory that focused on Hawk’s heel-face turn in season 3. According to the lad, Hawk is a mole that has joined Eagle and Miyagi Dojo to learn their moves and fighting techniques and taking it back to Kreese at Cobra Kai. This means that Hawk is a spy for Kreese and is only pretending about the heart change because Kreese wants to have eyes and ears in his enemy’s territory.

Hawk has many new things to learn from Daniel and Lawrence, like the Crane Kick and the pressure-point point technique from Chozen. Now, if Kreese gets to know about all these things and gets to have a guy trained with these skills, he will surely be having the upper hand in the tournament.

Another thing that we saw in season 3 was Kreese asking for help from someone over the phone. Well, if you are a fan of Karate Kid and you remember a bit, it has to be Silver on the other side of that phone. Kreese and Silver were very close in the past, and the chances are that he might return to Cobra Kai. If he really does return, it would be epic!

When Lawrence and Daniel learn that Hawk has been a spy and Kreese knows about their moves, they will surely be devastated. The fan has also speculated that they might lose the tournament to Cobra Kai, but it would be in style.
One thing that makes this fan theory sound logical is that Hawk’s change of heart seems out of place.

Throughout the season, there was no scene where it seemed that he had been done wrong or he would have an urge for redemption.

The best thing about these fan theories and speculations is that they build up the hype. If you are a fan of something and you get to see theories, it makes you more eager. Nevertheless, we will get to see to what extent this fan theory proves right when season 4 releases. In case you have not seen Cobra Kai or if you do not have this show in your region’s library then access US Netflix and watch this show ASAP.

Here’s the video for more depth in this fan theory:

Let us know what you think about this theory and if you have one of your own, then share it with us in the comments.