How to Watch Tony Awards 2022 on CBS Outside USA 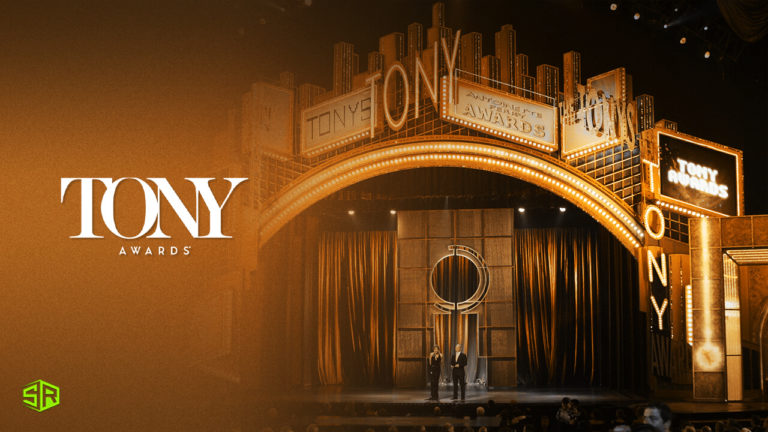 Do you live outside the United States and want to know how to watch Tony Awards 2022 on CBS outside USA? Unfortunately, you can’t watch CBS if you live in another country without subscribing to a premium VPN.

CBS is a broadcast television and radio network headquartered in New York City. The CBS radio network became is a part of Entercom. CBS premieres the Tony Awards. Like every other broadcasting and streaming service, CBS has imposed geographical restrictions due to licensing agreements and copyright issues.

If you want to watch Tony Awards 2022 on CBS outside USA, we’re going to go through the steps below. Keep reading for more info about the VPNs and online options that allow you to view the Tony Awards. Let’s get started!

We recommend using ExpressVPN due to its server count and high speed to watch Tony Awards 2022 live on CBS outside USA. There are four steps to take, which include:

Are there Highlights of the Tonys?

You can see video highlights of the past Tony awards on various online outlets, such as ABC News, Entertainment Weekly, and more. YouTube is another excellent place to see clips and highlights from past Tonys. On these platforms, you can enjoy watching the musical performances of the show after it airs. There is a tweet by Tony Awards:

The countdown is on! Only one week until Broadway’s biggest night. 🌟 Watch LIVE from coast-to-coast June 12 at 8pm ET/5pm PT on @cbs and @paramountplus w/ The Tony Awards: Act One streaming only on Paramount+ at 7pm ET/4pm PT. pic.twitter.com/mBopSeDAKl

You can watch the 2022 Tony Awards on CBS. The ceremony will take place on Sunday, June 12, from 8:00 to 11:00 PM at Radio City Music Hall in New York City. CBS will air the premiere of the Tony Awards 2022 live. Paramount+ will also stream the Tony Awards live and on-demand.

Besides CBS and Paramount+, you can also stream the award show on Hulu+ Live TV, Sling TV, YouTube TV, and DirecTV Stream.

The actress Ariana DeBose will host the Tonys this year. DeBose is an American actress, dancer and singer. She played Anita in the 2021 movie adaptation of “West Side Story” and won the Academy Award for best-supporting actress.  In addition, DeBose also acted in multiple Broadway plays including “Hamilton.” Earlier this year, Ariana DeBose also hosted Saturday Night Live.

Where Can I Watch the Tony Awards 2022 Online for Free?

Is “Funny Girl” Eligible for the Tony Awards 2022?

What Network Is the Tony Awards 2022 On?

CBS will stream the Tony Awards on June 12 including a pre-show celebration from 7:00 PM to 8:00 PM EST. Even though CBS is the main network that live-streams the Tony Awards, you can still get access to the award show outside US borders via Paramount Plus, Hulu, and more.

You can watch the Tony Awards via live stream on CBS. Further, you can use multiple streaming subscription services to live-stream the award show on CBS. Some of the platforms you can use to get to the CBS program include Paramount+, DirecTV Stream, Hulu+ Live TV, Sling TV, and YouTube TV.

Who Gets Invited to the Tony Awards 2022?

Individual performers who get nominated for the Tony Awards can attend the event. Essentially, anyone who performed or took part in a Broadway musical can get nominated for a Tony award. The Tonys are about achievements in acting, direction, writing, and design.

Plays and musicals held in one of 41 official Broadway venues can get nominated for Tony Awards.

On What Channel Can I Watch the Tony Awards Live?

You can watch the Tony Awards show live on the CBS network, which streams on different channels depending on the region of the United States you are in.

For instance, in Albuquerque, New Mexico, the local CBS channel is channel 13 while, in Atlanta, Georgia, the CBS station is on channel 46. In Chicago and the Bronx, you can find CBS on channel 2.

What Are the Best VPNs to Watch Tony Awards 2022 on CBS Outside USA?

We have listed down the three best VPNs in the market to watch Tony Awards 2022 on CBS outside USA. We recommend choosing ExpressVPN because it offers servers with a quick speed, effective unblocking features, and strong encryption capabilities. 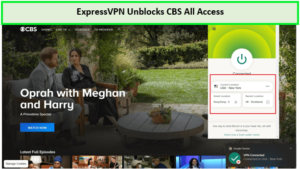 By connecting to New York server of ExpressVPN, we unblocked CBS All Access with out any interruptions.

ExpressVPN is the best VPN to watch Tony Awards 2022 on CBS outside USA because it offers great speeds along with strong security features. You can get access to more than 3000+ servers in 94+ countries.

Connect to one of the five servers in the US. We suggest choosing the New York server to watch the Tony Awards. The platform is compatible with FireStick, Roku, Apple TV, Chromecast, PlayStation and Smart TV. You can easily watch The informer on your preferred device.

You can easily unblock other geo-restricted streaming services such as Hulu, Netflix and Amazon Prime.

ExpressVPN costs US$ 6.67/mo - Save 49% and get 3 extra months FREE with 12-month plan. The VPN server also unblocks US streaming services like Hulu and Netflix and other amazing content like First Kill. 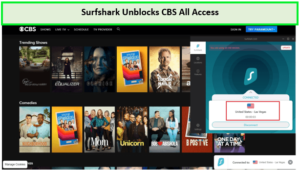 By connecting to Las Vegas server of Surfshark, we unblocked CBS All Access without any interruptions.

Surfshark is very affordable allowing users to get premium services within budget. Furthermore, Surfshark has more than 3200+ servers available in more than 65+ countries including five servers in the United States.

We suggest selecting the server that is closest to the desired region.  It provides a log-free streaming experience allowing you to easily unblock other geo-restricted streaming services such as Hulu, Netflix and Amazon Prime.

Surfshark has user-friendly apps and great compatibility with devices like Roku, Android TVs, and Smart TVs. You can watch Hulu, Netflix, and other streaming services through Surfshark. These amazing features for sure, let you watch Blue Story without any buffering issues or lags.

The two-plan costs only US$ 2.30/mo - 82% Off on 2 Years Plan and you can make the payment through PayPal, bitcoin, and credit card. The service has a 30-day money-back guarantee and a free 7-day trial as well. Also, you can watch your favourite titles like Spiderhead. 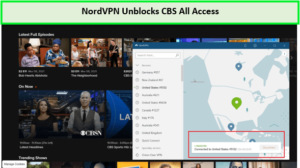 By connecting to the fastest United State server – 5132 of NordVPN, we unblocked CBS All Access without any interruptions.

NordVPN includes more than 5543+ servers in 94+ countries throughout the United States. It is hands down the best VPN service option for people looking for a large server network. It lets you connect multiple devices simultaneously.

We highly recommend selecting the closest server to ensure a strong connection.  It provides a log-free streaming experience for all its users. Besides, CBS, the VPN service allows you to easily unblock other geo-restricted streaming services like Netflix, Hulu, HBO Max, Paramount+ and Youtube TV through NordVPN. These amazing features will let you watch Motherless Brooklyn without any hassle.

The service costs US$ 3.49/mo - Save 60% on 2 Years Deal. NordVPN has compatible apps on Android, iOS, Linux, and more so can watch Peaky Blinders easily on your preferred devices.

How much does it cost to go to the Tony Awards?

The average amount one would have to pay to get a seat at the Tony Awards is $500. Some tickets cost more than $700.

Are the Tony Awards every year?

The Tony Awards are held every single year with Broadway musicals, directors, and actors getting honored annually. However, the Tony Awards did get some postponements during the COVID-19 pandemic.

Are the Tony Awards on Paramount Plus?

You can find the Tony Awards 2022 on Paramount Plus. The service will stream the show live. If you have cable TV, you can also find it on CBS in the USA.

After reading the information above, we hope you know how to watch Tony Awards 2022 on CBS outside USA this year. You can use any VPN network listed above and choose a US-based server to stream the show live. We recommend ExpressVPN due to its strong security features and affordable pricing.

Now you can enjoy the awards show without any interruption.